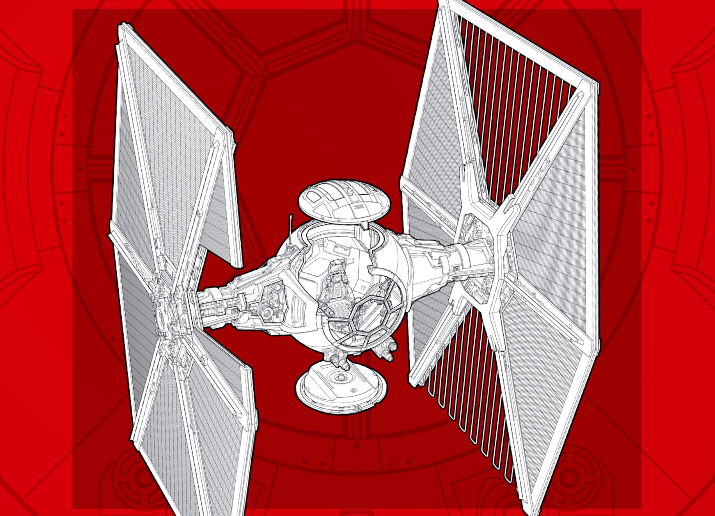 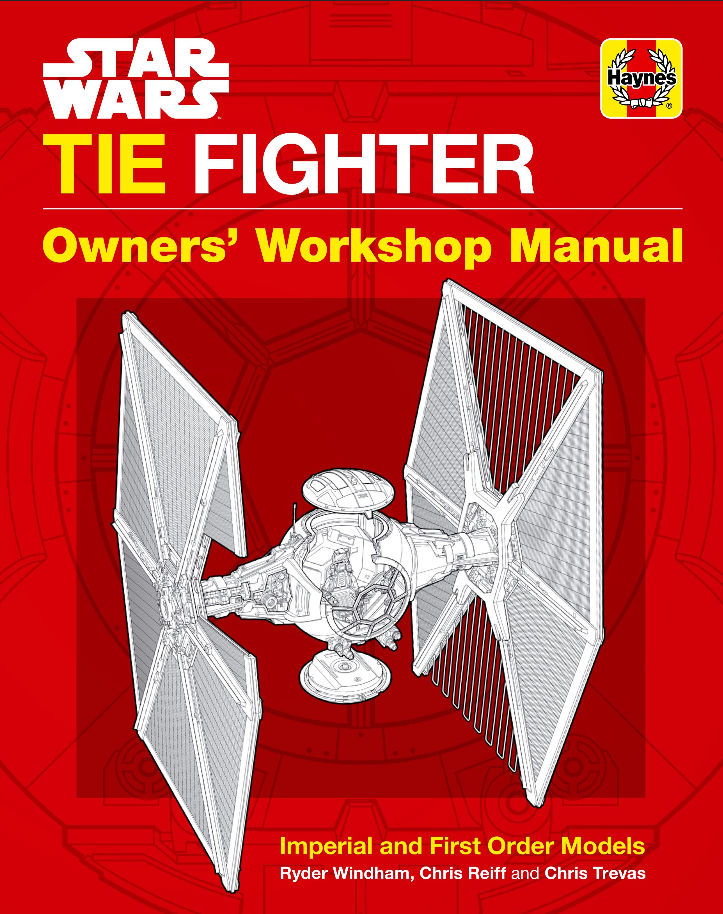 Haynes Publishing, the go to source for "Owners Workshop Manuals", is at it again. Coming off last year's very successful release of "Star Wars YT-1300 Millennium Falcon Manual" they are back with an all-new owner's manual. And this time they're looking at the Empire's most recognizable ship, the TIE Fighter.

Insight Editions, who is handling the U.S. release, sent us some exclusive first looks at what we can expect to find inside this beautiful hardcover edition.

Check out the images below...

Just as the Galactic Empire used great fleets of starships to expand Imperial control across the galaxy, the subsequent authoritarian government, the First Order, used even more technologically advanced ships to unify planetary systems and crush all opposition. With both regimes, the most abundant and ubiquitous ships in their respective fleets were the notoriously lethal TIE fighters. 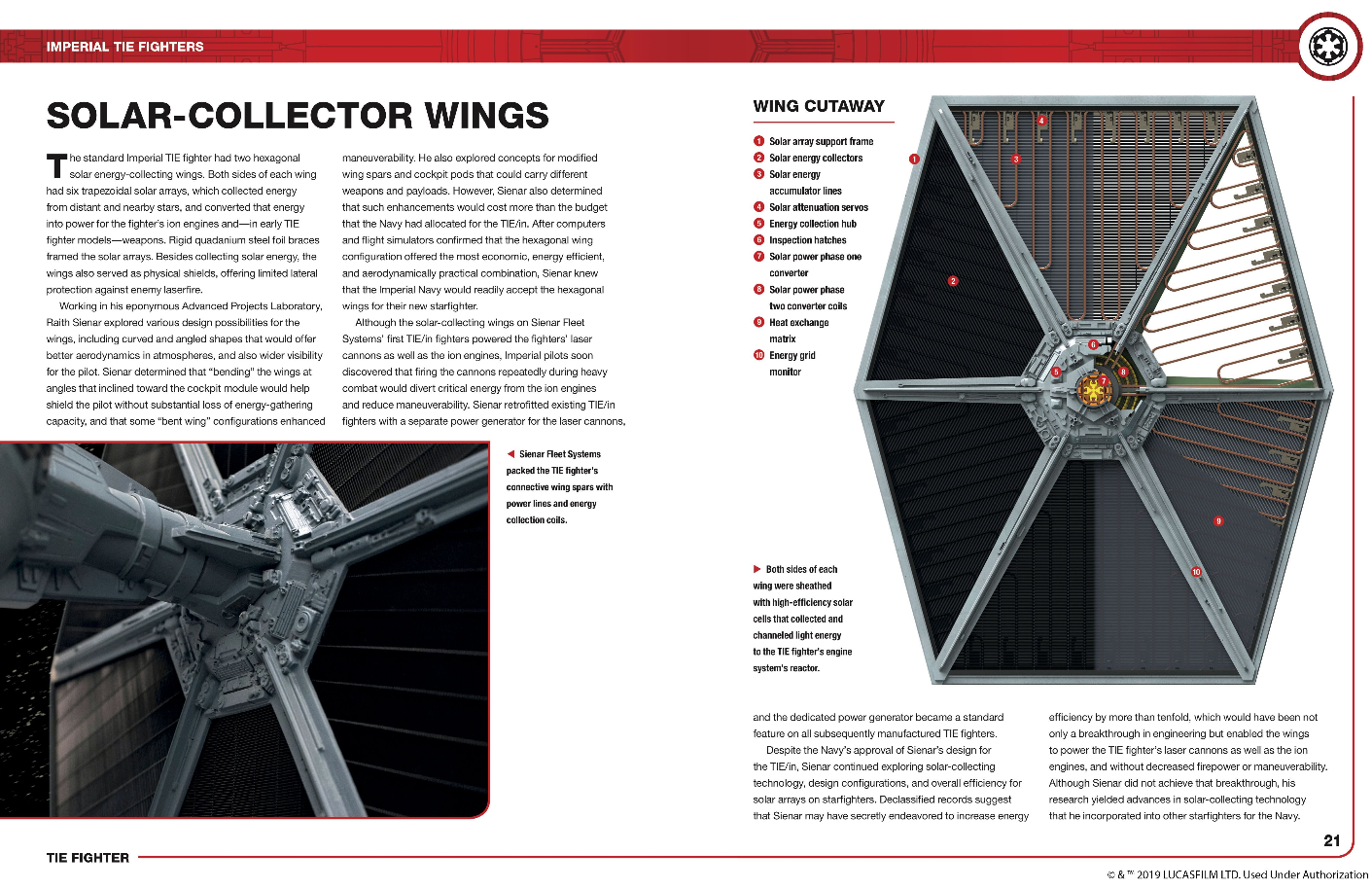 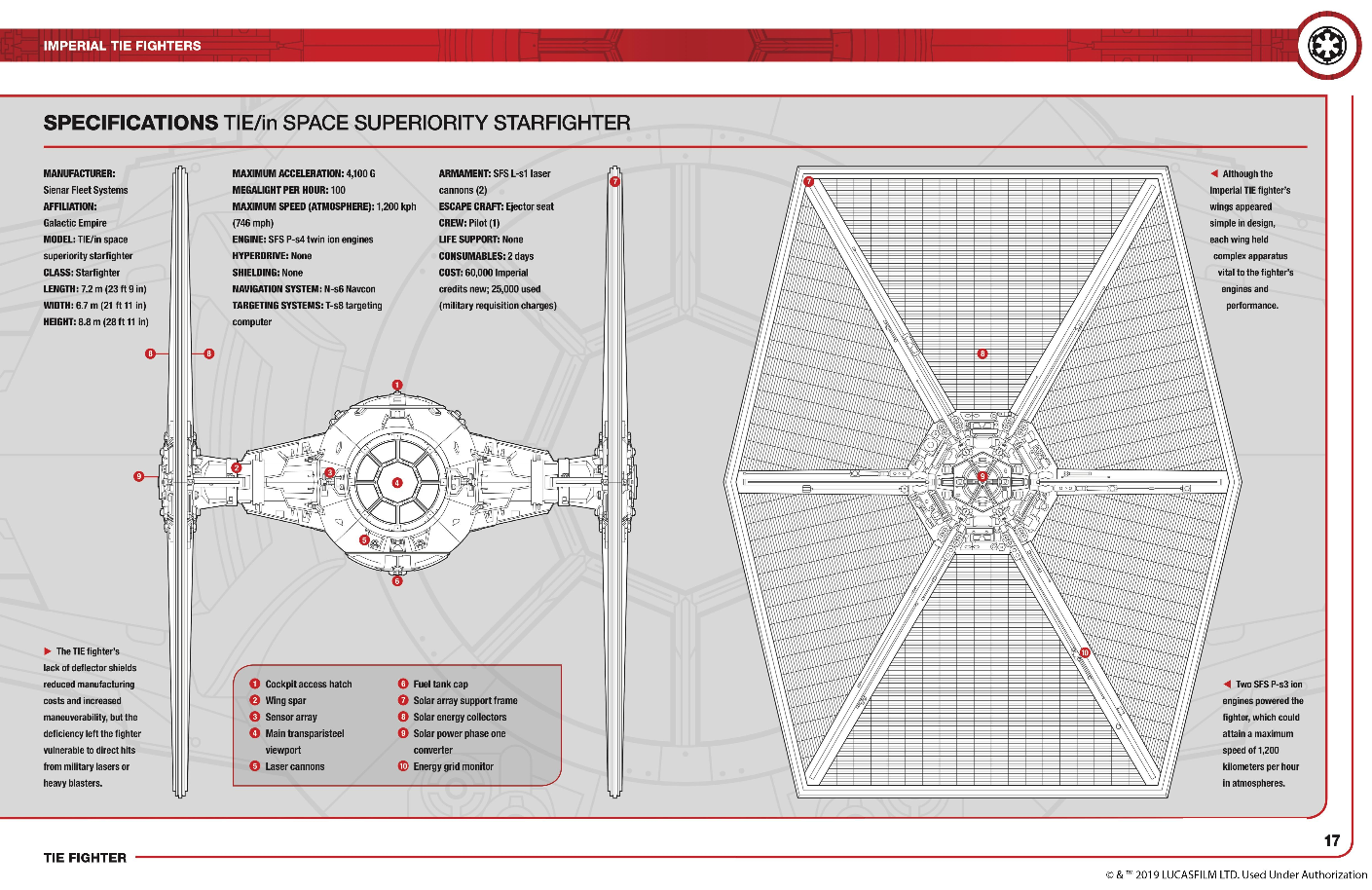 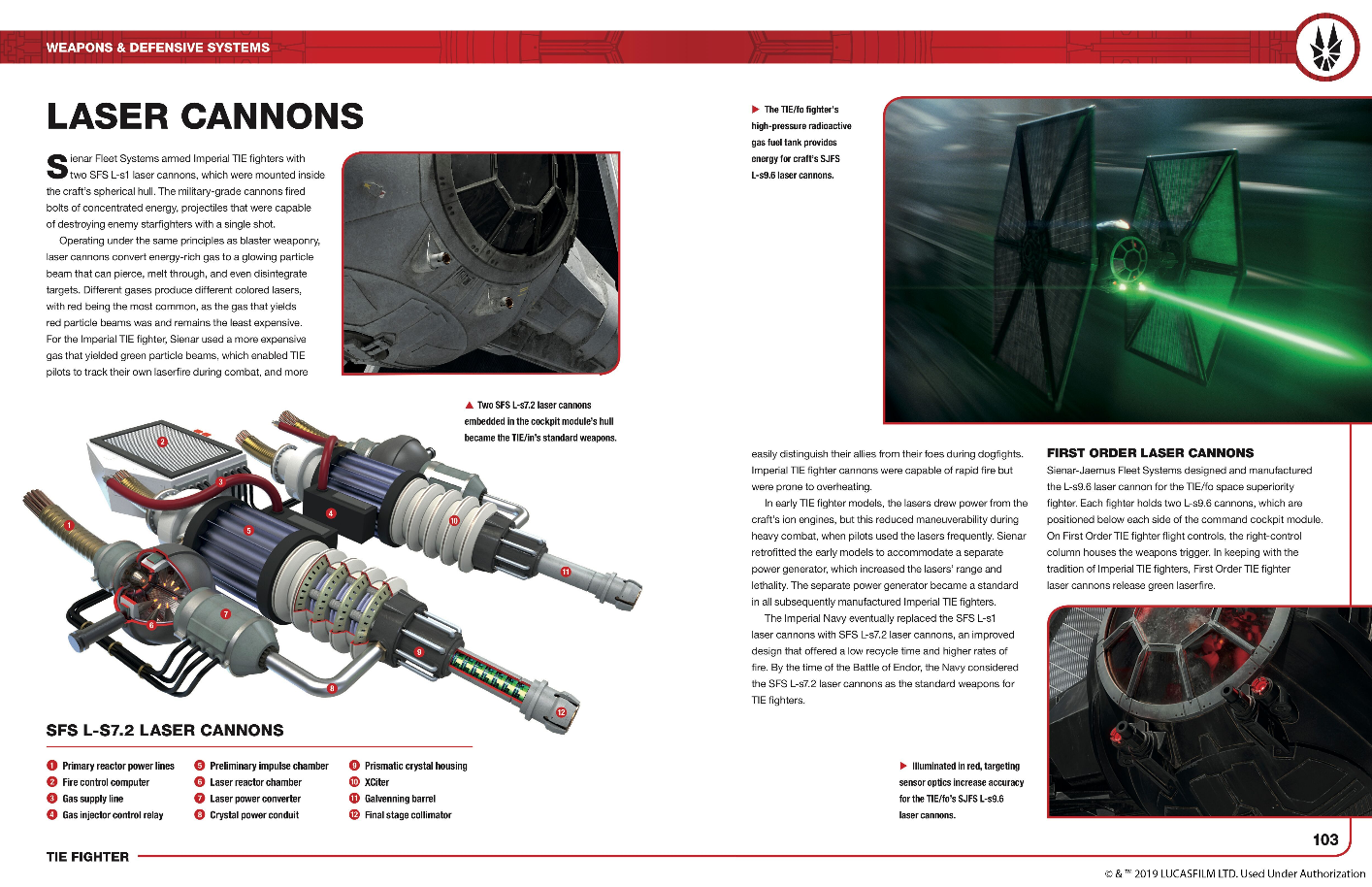 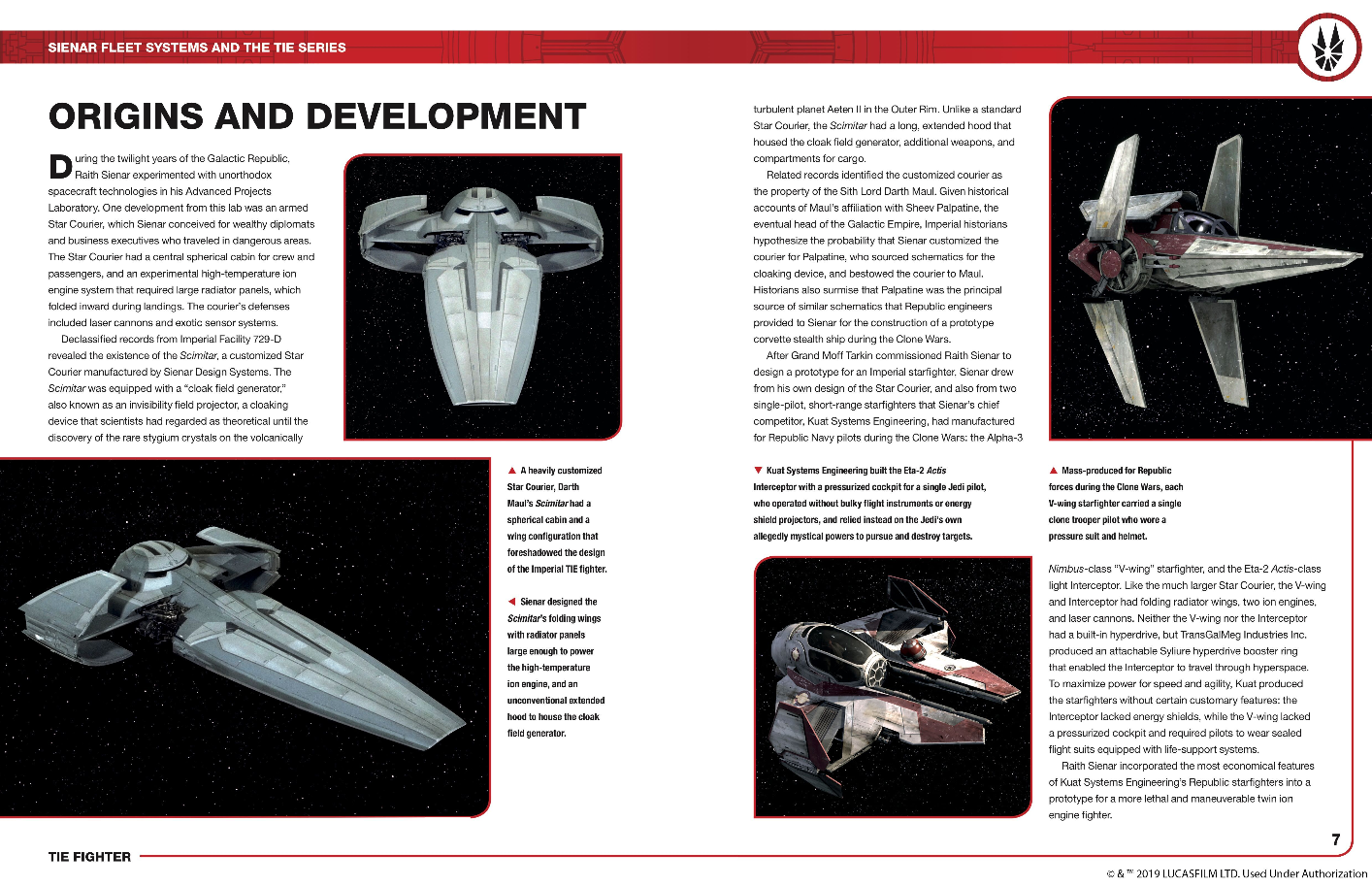 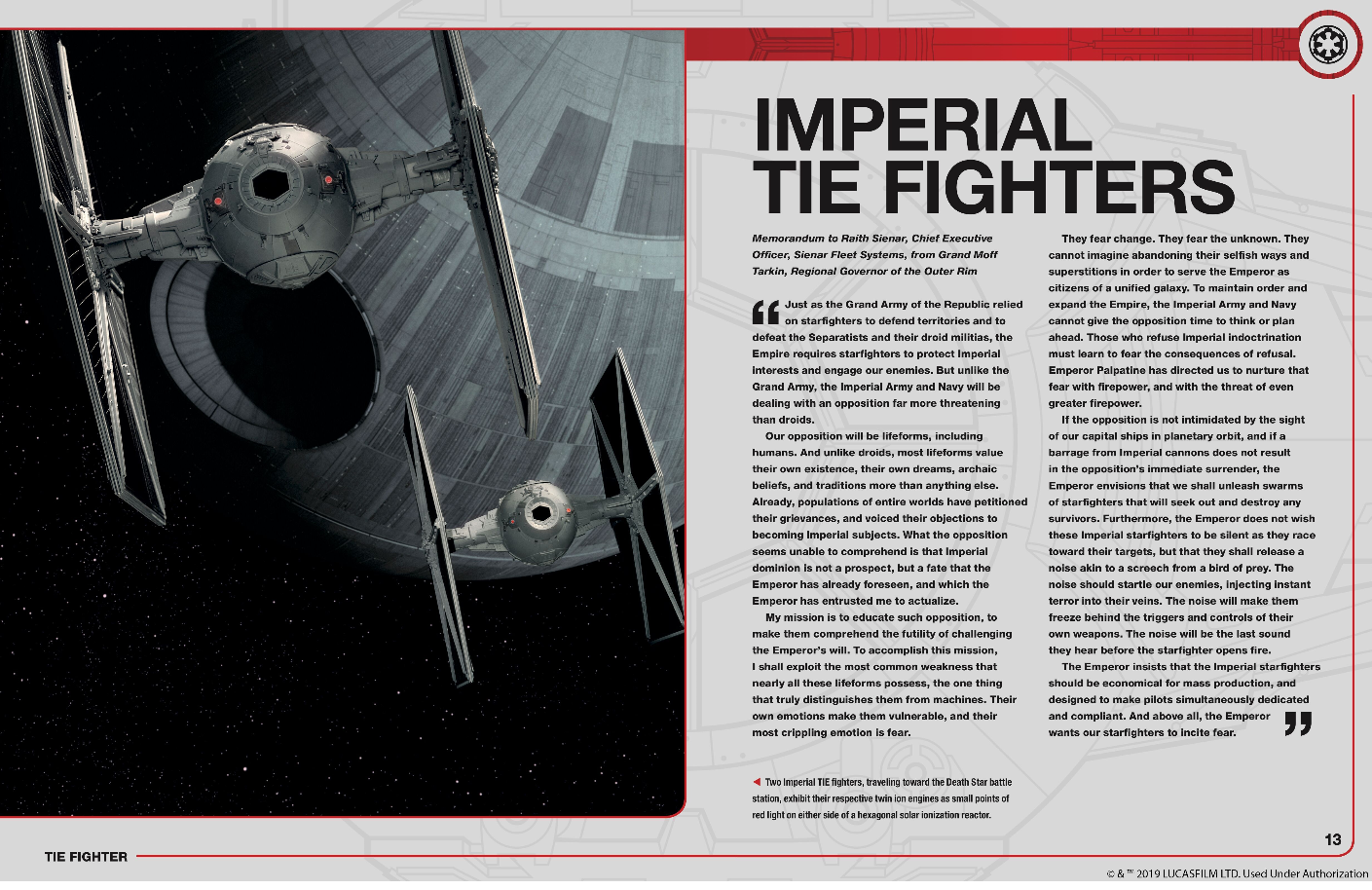