UPDATE: It appears EW has the official details on this book:

This will be four stories, each focused on a different creature from the fabulous casino city of Canto Bight, which is sort of the galactic version of Monaco  full of high-rollers and dirty-dealers. The writers based stories on aliens from Neal Scanlan's creature shop that were created for the casino scene in The Last Jedi. (Out Dec. 5.)

Much like during the lead up to The Force Awakens, there will be brand new tie-in material as we get closer to the release of The Last Jedi.

Titled "Journey To The Last Jedi," there will be a series of novels and other reading materials that will help fill in some gaps and add depth to the characters we will see in the movie. We know there will be a young adult Leia novel written by Claudia Gray that takes place when Leia was 16, and a Luke Skywalker novel that will answer questions about the character.

Now, Del Rey has announced on twitter a new book about the casino planet Canto Bight. Here's the picture they shared: 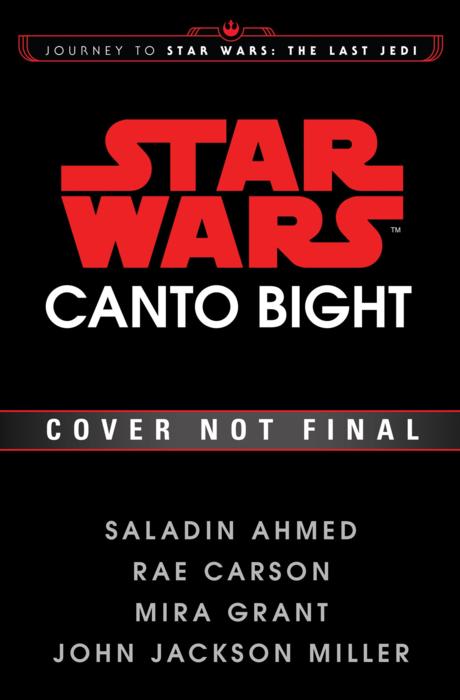 There weren't any other details shared, but nonetheless this should be an interesting book. It has four different authors, which makes me wonder if this is a series of stories rather than a single thread novel.

Stay tuned for more details as they are announced.