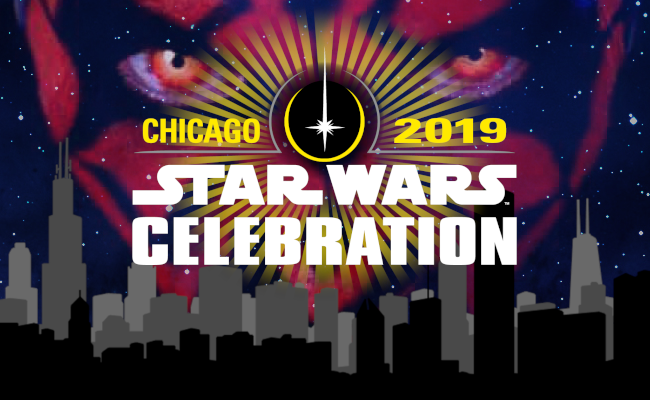 Topps  the longest continuous STAR WARS licensee  and Star Wars Authentics will be there, running the autograph pavilion that will feature nearly 60 guests making it one of the largest gatherings of STAR WARS talent ever.

But thats not all Topps has planned for the spectacular event. There is plenty more for card collectors, Star Wars fans, and autograph enthusiasts.

If youre going to Star Wars Celebration and want to get an autograph or a photo-op with your favorite Star Wars actor, make sure you buy at ticket at StarWarsAuthentics.com.

This year also marks the 20th anniversary of STAR WARS: THE PHANTOM MENACE. In celebration, Topps is offering an exclusive limited print on-demand set that can be purchased at Star Wars Celebration or for a limited time on Topps.com for $50.

Each box comes with a complete set of 25 base cards, one parallel, and one autograph card. Theres also a 1 in 2 chance of getting a Jedi Council insert card.

There is also a chance at rare dual autograph cards.

If you cant make Celebration, pick up a set on Topps.com starting Thursday.

Topps has a little something extra for those buying at Star Wars Celebration whether its autographs or trading cards  for any fan that makes a $50 or more purchase will get an exclusive Star Wars Celebration card numbered to 99 featuring an Original Trilogy character. There are just five cards in the set.

In addition to autographs and exclusive sets, Topps will also be offering boxes of Star Wars Black & White: The Empire Strikes Back, Star Wars Galaxy and Star Wars: The Force Awakens complete sets at the booth.