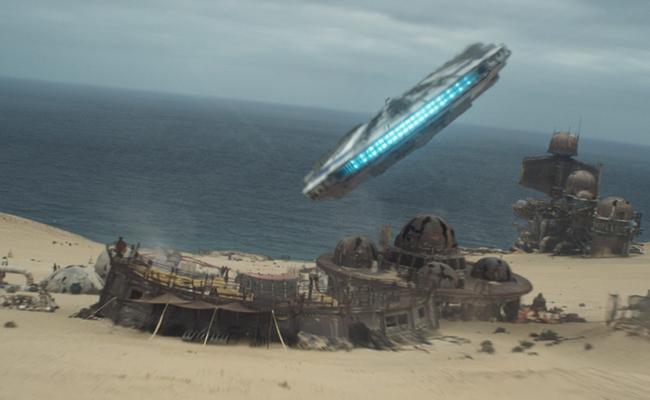 EXCLUSIVE: NEW FLIGHT OF THE FALCON BOOK SERIES TO DEBUT THIS FALL

TAKE A RIDE ON THE MILLENNIUM FALCON IN A NEW SERIES THAT CONNECTS ALL STAR WARS ERAS FOR NEW ADVENTURES WITH LANDO, HAN, HONDO AND MORE!

She may not look like much, but the Millennium Falcon has got it where it counts. And this fall, StarWars.com can exclusively announce that kids of all ages will get the chance to climb aboard and make the jump to hyperspace with a new series of stories, Flight of the Falcon, from Lucasfilm Publishing.

Landing at a docking bay or bookseller near you in time for Star Wars Reads in October, the series of books and comics about the fastest hunk of junk in the galaxy will help connect different eras of Star Wars storytelling through the adventures aboard the beloved ship. Each fiction title will include a map to trace the literal flight path and help readers understand the time and place where each story is set.

Bazine Natel, the spy seen on Takodana in The Force Awakens, is on the hunt for the Falcon, and her intel leads her across the galaxy to Batuu, a remote outpost on the galaxys edge. In order to find the Falcon, Bazine must learn all she can about the infamous YT-1300 freighterthe ship that countless bounty hunters and Imperials have almost caught over the years.

These tales take us from a time just before Solo: A Star Wars Story, when Lando and L3 had the Falcon, through the original trilogy, and into the new trilogy, ending on the incredible world of Batuu, says Michael Siglain, Creative Director, Lucasfilm Publishing.. The series will launch with a book by New York Times bestselling author Justina Ireland and the extraordinary illustrations of artist Annie Wu with Star Wars: Landos Luck, a middle grade novel aboard Landos pristine version of the ship.

Among the other stories will be an installment from the new Star Wars: Choose Your Destiny line of choose-your-own-adventure tales. In A Luke and Leia Adventure, written by Cavan Scott with art by Elsa Charretier, the twins must steal the Falcon for a top secret mission. And in Star Wars: Pirates Price, written by Lou Anders with art by Annie Wu, the ship will be back in the hands of Han and Chewie, when the pair teams up with one of the most nefarious (and fan-favorite) smugglers in the galaxyHondo Ohnaka.

The books are aimed at middle grade readers, ages 8-12, but perfect for anyone who loves a good Star Wars story.

Check back on StarWars.com soon to learn more about the Flight of the Falcon series, Star Wars Reads, and other cool new titles.

StarWars.com. All Star Wars, all the time.