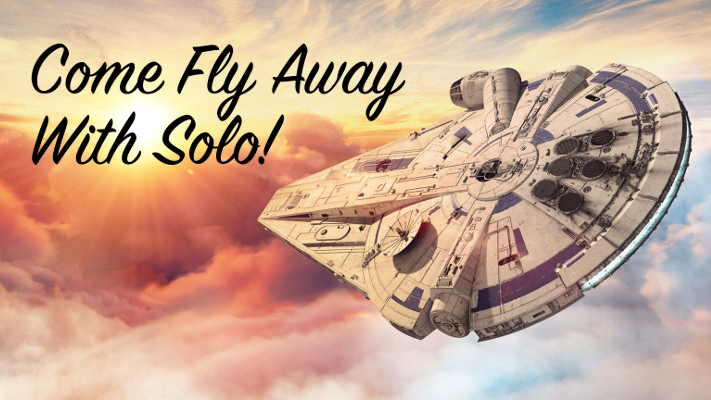 Last Chance To Enter Our Star Wars "Fly Away With Solo" Contest!

To enter, just send us a one-minute video to contest@theforce.net , telling or showing us what you loved about Solo: Star Wars Story. We want to hear about your favorite moments, characters and surprises, and dont forget to be passionate and creative! The best submission will receive the grand prize mystery box from us and two runners up will get a copy of Solo: A Star Wars Story on Blu-Ray courtesy of Disney Studios!

The contest closes on September 25th and the winner will be announced online at theforce.net and on the ForceCast.net podcast!