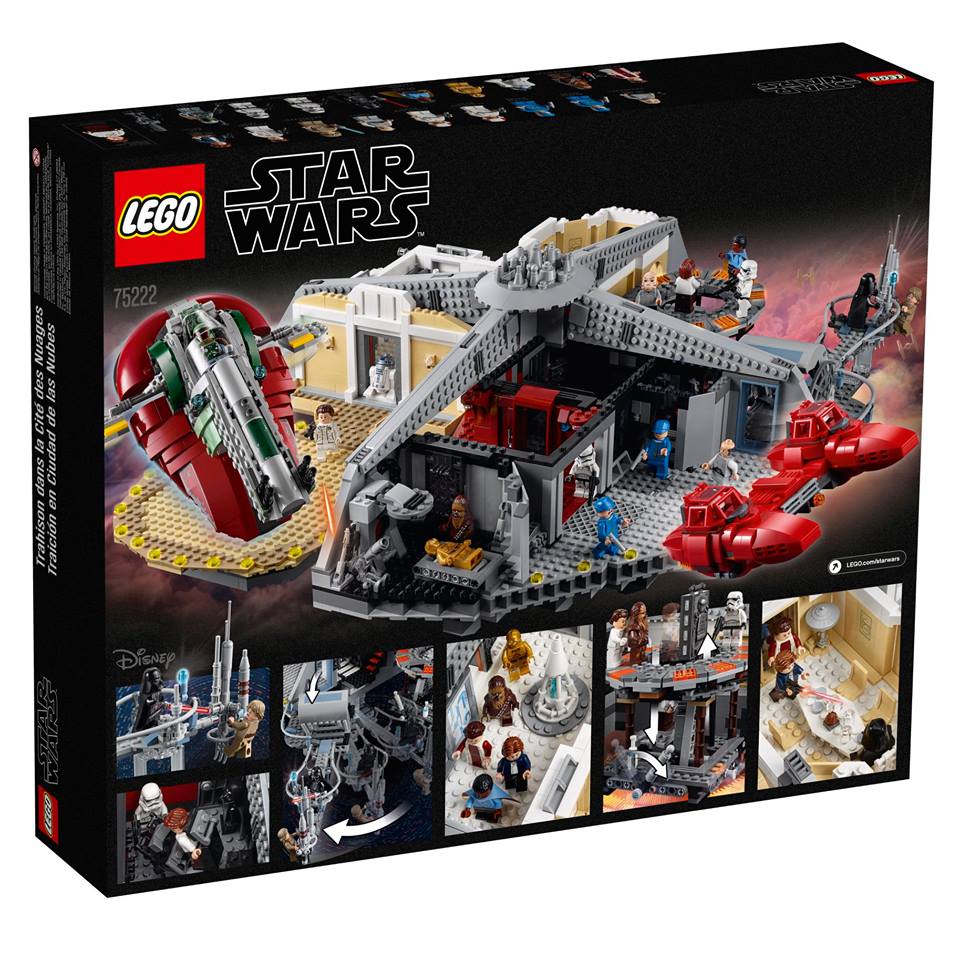 Relive a world of unforgettable moments from Star Wars: The Empire Strikes Back or add your own fun twists to the story with this LEGO Star Wars 75222 Betrayal at Cloud City set.

The amazingly detailed set is divided into four sections, each depicting scenes from the classic movie. Theres a landing platform complete with Boba Fetts Slave I ship, a detailed promenade, a dining room with seating for 5 minifigures, a garbage processing room with incinerator, and a sensor balcony for epic Luke vs. Vader Lightsaber duels. Theres also a carbon freeze chamber with a function to freeze Han in carbonite, an interrogation chamber and prison cell, a secondary landing platform for the Twin-Pod Cloud Car, and so much more.

Add an astonishing 18 LEGO minifigures plus 2 droids to the mix, and you have a set that Star Wars and LEGO fans of any age would be proud to add to their collection.

This 2,812 piece set will be available from September 13th for members of the VIP program and October 1st for the general public, and can only be purchased via LEGOshop.com or at official LEGO stores.