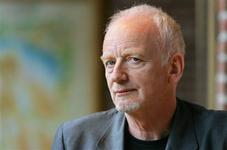 SciFiNow has posted another portion of their interview with Ian McDiarmid (first part here), in which the actor discusses the possibility of a spinoff film starring his iconic character. Here's what he told SciFiNow's James Hoare about that promising idea:

"Yes, I'm sort of interested in any future development he might have," admits McDiarmid. "Unfortunately, as you probably know, he died at the end of Episode VI, Vader sent him to cosmic hell so he's not going to feature in any of the new Disney ones, I don't think.

"On the other hand they've got lots of exciting ideas for spin-offs about separate characters and so on, and then there is the television series which George has talked about and decided to make into being for a number of years, and that takes place between Episodes III and IV when the Emperor is very much alive. So I think he probably does have a future."

Check out the rest of the interview right here at SciFiNow.