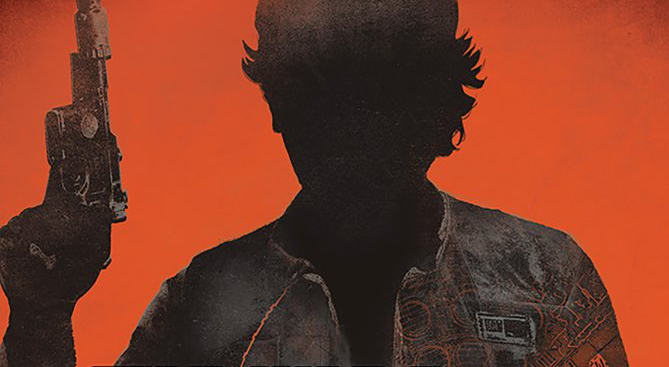 StarWars.com: Before you had the opportunity to write Last Shot, what did Han and Lando mean to you just as a Star Wars fan?

Daniel José Older: First of all: I've been a pretty rabid Star Wars fan my whole life  Return of the Jedi was either the first or second movie I saw in the theaters and that was it. I was in. When I was younger, I just loved Han and Lando for their refreshing combination, each in their own individual way, of snark and heroism. Later, when I looked back at Star Wars from a craft perspective, I really came to appreciate their layered arcs. Han goes from in-it-for-myself-and-the-money to all out revolutionary and romantic over the course of the trilogy. It's an impressive transformation and fully believable because we see his barely concealed reckless heart of gold from the beginning. Lando, beyond all the style and grace, is immediately faced with this incredibly complex and impossible dilemma from the first moment we meet him, and it somehow leads him to both betray and help save one of his closest friends and then become a hero in his own right. I've always wanted to know more about that turning point for Lando and how both of these galactic warriors harmonize the dueling aspects of themselves: scoundrel and hero.

StarWars.com: In Last Shot, the story takes place in three distinct time periods. How did you tackle capturing Han and Lando at these different phases in life, considering they both really grew and changed throughout their lives?

Daniel José Older: This was a lot of fun. I got to play with that reckless young time when both of these guys were just gallivanting the galaxy taking themselves way too seriously and the world not seriously enough at all, and then much later, as they struggle with the rigors of adulting in a post-war, still torn-up society. So for younger Han and Lando, I let their easy swagger and adventurous spirits lead the way, and then later on it was about balancing responsibility and the heavier demands of their new found fame and family life (or lack thereof).

StarWars.com: As a new father, I loved the excerpt. For a galaxy far, far away, I found it relatable on a million levels, though I've never been awakened by a Mon Mothma hologram. What can you tell us about writing this scene, and, in general, writing Han Solo, legendary smuggler and scoundrelas a dad?

Daniel José Older: This was also a lot of fun! (The whole book was way too much fun to write, if we're being honest.) Han is someone we know has the capacity to love deeply  take that moment in Jedi when he's ready to step back because he thinks Luke and Leia have a thing going (eep!); it's so small but says so much about the man he has become. So on the one hand he has a powerful devotion to Leia and Ben and on the other  look, he's still a rugged smuggler deep down, and the open sky still calls his name. So how does a wandering heart find adventure amidst contentment? As we gather from the more recent movies, in Han's case, maybe one doesn't. But at this early point in his marriage he's still really trying to solve that problem.

StarWars.com: Considering the path that Ben took, there's also something tragic about this scene and this glimpse into how Han loved him. Is that something you wanted to convey?

Daniel José Older: Ah, the great thing about writing in this wild and vast universe is so much of that work is already done, so it relieves me of the need to be overbearing or lean heavily into foreshadowing. We know there's tragedy down the road, so it's really the every day regular-shmegular type details that are kind of heartbreaking, like Ben calling Lando Unca Wanwo.

StarWars.com: Lando seems to be having a real moment in Star Wars fandom. Why do you think that is?

Daniel José Older: Mannnnnnnnnnnnlisten. The science fiction/fantasy world in general and Star Wars in particular have made some incredible strides in the past couple years toward depicting more honest reflections of the world we live through the lens of worlds we don't, and both still have a long way to go. There's gigantic excitement about characters like Lando, and movies like Black Panther, and musicals like Hamilton, and shows like Luke Cage, because after a very long time we're finally arriving at this singular and difficult and delicious moment of reckoning and truthtelling  and you see it all across the political and cultural spectrum right now. It's an amazing time to be a literary conjurer.

StarWars.com: What did you learn about Han and Lando having written this story? And what do you hope readers learn about them?

Daniel José Older: As much as I already loved these characters going into this project, I came to love them even more as I delved into their similarities and differences and complex friendship. There were so many fun nuances to explore, from how each of them gets suited up for a night out or battle, to how clean or disastrously messy they kept the Falcon (* sneezes * Ahh-Han!), to their relationships to different women in their lives, and it just became a really fascinating journey in contrasts, amidst all the laser blasts, space fights, and planet-hopping.