Could Disney Be Getting Into The Toy Making Business? 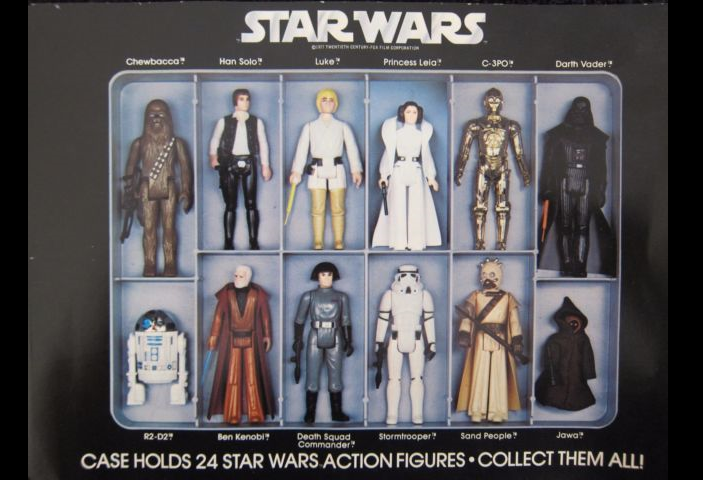 The big news in the toy industry this week was that on Monday, Mattel Inc. lost the licensing rights for a chunk of the DC Comics products, most notably the boys action toys category. While Mattels revenue in 2017 was close to $5 billion, theyre expecting much lower numbers this year and their stock fell nearly 40% in 2018, an 18-year low.

So, in an effort to turn things around they are perhaps seeking new licenses to avoid a takeover, and one of those licenses could potentially be as you might have guessed, Star Wars.

There are some facts which should lead to an interesting year for Mattel, Hasbro and any other interested parties. The licensing deal Hasbro currently has with Disney, which includes both Star Wars and Marvel, runs out in 2020. With Mattel Inc. in desperate need of a big name licensing deal could they be positioning themselves to free up some much needed cash? Starting last year, Mattel launched a major cost-cutting plan which would save them more than $650 million, and included over 2,000 lost jobs. I'm not saying they lost those WB products intentionally, but they definitely saw the writing on the wall and WB pulling a portion of the license wouldn't have been a surprise to Mattel's upper brass.

Additionally, $650 million wouldn't even get you in the door at Disney headquarters when we're talking about potentially billions of dollars in profits. But, every little bit counts and perhaps Mattel is attempting to look attractive to potential partners.

In an article on Bloomberg.com which is making the rounds on the net, Michael Ng, a market analyst for Goldman Sachs, has been reporting to clients that he expects Mattel to, aggressively pursue new licenses He makes note of the fact that Hasbro Inc.s licenses to Marvel and Star Wars toys expires in 2020.

As for Hasbro, despite earning over $5 billion last year, weve been hearing reports about disappointing sales figures and with the Star Wars license being the most expensive in the business; could Hasbro be looking for better terms? Normally these deals are negotiated well in advance of their expiration date so if an extension with Disney isnt announced the first half of this year, it begs to ask the question, will Disney just opt out?

As always, there is no smoking gun but you could certainly look to price points, oversaturation and a less than stellar year for Star Wars content wise. The brand peaked in 2015/2016 with the consecutive releases of The Force Awakens and Rogue One, but things dipped after that and have been slowly dropping since. The Last Jedi did huge numbers at the box office, to the tune of $1.3 billion, but with mostly the same characters some people decided they could live with one less Kylo Ren. 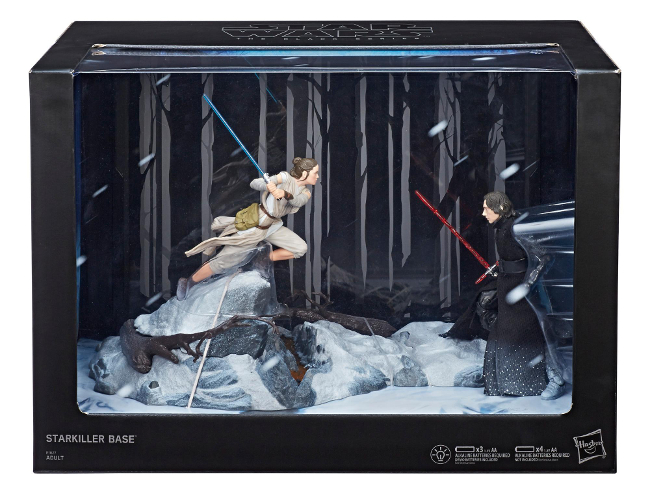 So, if Hasbro Inc. cannot renegotiate favorable terms with Disney and/or Disney is unwilling to adjust their guarantees like they did during the prequel era, perhaps the two mega-companies will part ways? Hasbro has been making Star Wars toys since 1991 when it purchased Tonka Toys, who had purchased Kenner in 1987. Would they walk away from a 30-year relationship? Its certainly possible. And with Mattel being a prime takeover candidate at the moment, could Disney be looking at other options?

With Mattels shares being quite low at the moment, comparatively speaking, and Disney flush with cash, they could purchase the struggling toy company on the cheap. Or, alternatively, it also puts them in a prime bargaining position with Hasbro or any other company looking to make a deal. Not to mention, Lucasfilm and Disney own every Star Wars toy design, mold, sculpture and digital asset so no matter who gets the license, the toys would look, feel and function exactly the same. So, what we are really talking about here are bottom lines, stock prices, dollars/cents and profit margins, not product.

When it comes to licensing, Disney has and will continue to call the shots no matter whose name is on the package, so does it matter who makes them? If youre one of those unhappy buyers who doesnt like the job Hasbro has done, its unlikely anything will change if Mattel or whomever pours the molds.

So maybe, the best option for Disney is to buy Mattel? Maybe its time they got in to the toy making business themselves and started producing their own little Luke Skywalkers? They enjoy such creative control over all of their franchises; why not completely control an enormous side of their revenue?

This is mostly speculation obviously as there is lots of time for Hasbro and Disney to work out a deal, and both sides know the industry has peaks and valleys. This time next year we could just as easily be discussing record profits for both sides as 2019 brings a massive amount of Star Wars content. And with Disney launching new theme parks, their very own streaming service and their usual slate of feature films, now is maybe not the time to try something unfamiliar.

The toy and merchandising aspect of the Star Wars/fan base relationship has been around since the very beginning and is the crown jewel of the franchise revenue stream. To date, that side of the business has generated billions of dollars in revenue and continues to do so don't fret, the shelves won't be empty any time soon.

*For an in-depth look at the toy industry and the numbers behind it, go to www.seekingalpha.com!

Third Live Action Star Wars Television Series Coming To Disney Plus
How Many Times Is "Yes" and "No" Said in Star Wars?
Disney Streaming Service Has Name And Likely Price Tag