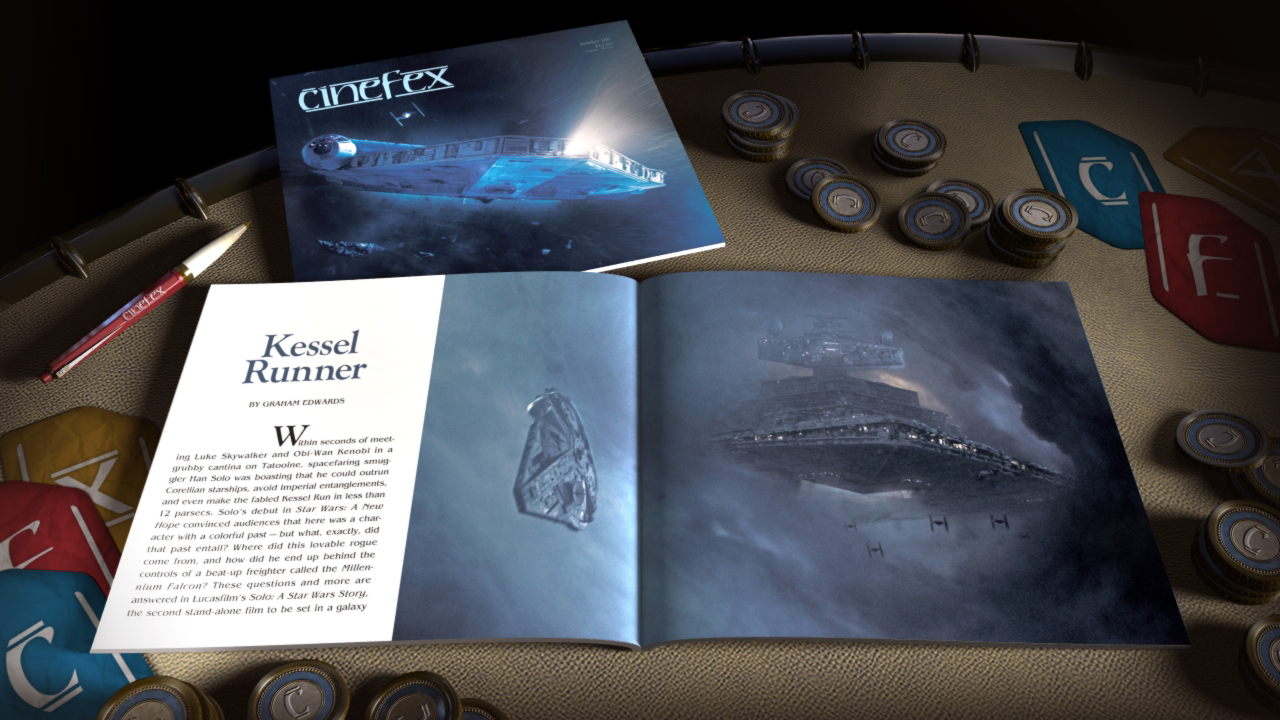 Cinefex has been covering the field of cinematic visual effects for 38 years, and our 22-page Solo article by Graham Edwards includes an in-depth interview with Ron Howard  along with films visual and special effects artists  accompanied by 26 behind-the-scenes photos and frame clips from the movie, many of them exclusive to Cinefex.

Star Wars fans wont want to miss the upcoming issue of Cinefex, the bimonthly film magazine that covers visual effects like no other. Just out this week, Cinefex 160 features a breathtaking cover shot of a shiny, new Millennium Falcon, along with a 22-page story on the making of the film based on in-depth interviews with director Ron Howard and the key effects artists who helped bring his unique vision to the screen. The article is accompanied by 26 behind-the-scenes photos and frame clips, many of them exclusive to Cinefex.

Other stories in this issue include Ant-Man and the Wasp, Deadpool 2 and Jurassic World: Fallen Kingdom.

We also invite you to visit our website at www.cinefex.com, or find us on Facebook. Cinefex is also available for the iPad.