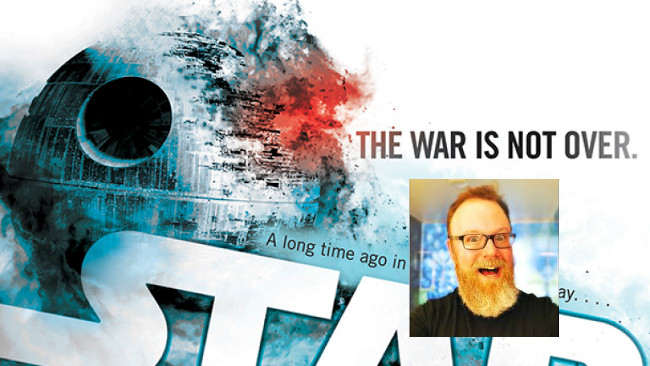 The twitter battlefield has always been a vicious one from my experience, full of fun or absolute dread. The latest casualty from said battlefield is Star Wars Author Chuck Wendig who gave fans the Aftermath trilogy and Marvel Comics Shadow of Vader series. Read his blog post below to find out what happened from his perspective.

So, heres a thing that has happened  I just got fired from Marvel. Taken off issues 4 and 5 of SHADOW OF VADER, and taken off an as-yet-unannounced SW book. This might be a long thread, so apologies in advance. (I hesitate to talk about this, because honestly, it gives the Worst Possible People a win, something theyve wanted for a while. But I also feel like Ive long held to honesty and forthrightness, and I dont feel like lying when people realize Im not on these books anymore.)

To rewind a little bit, when SW: AFTERMATH came out, I assume most know but maybe you dont, I put some ahh, elements in there (LGBT characters) that were not received well by a certain subset of fandom. That resulted in both a negative review campaign, found across various FB groups and other Worst Places on the Internet, that began mounting the very minute the book dropped online. I was literally at a midnight release of the book, and when I got done, there were already a pile of one-star reviews piling up  which seemed strange, obviously. And scary, too. I didnt understand what was happening at the time. (And as a caveat, obviously I recognize that yes, some people just dont like the book for the Usual Reasons, and people who hold those reasons are not to be lumped in with the more septic side of fandom. Tl;dr see also TLJ reviews.)

I also started receiving TONS of harassment  harassment that has gone on for years, harassment that has required me to contact local police and warn them of SWATting attempts, harassment across all corners of the Internet, here, FB, Reddit, YouTube. Some of it was bot stuff, obviously, or sock puppets, but some of it was pretty creepy, and very personal. I didnt call a lot of it out or even highlight, but it was there, a sort of constant background noise. (Christ, for an extra special treat go search for my name and check out the YouTube videos if you want an eye-opening glimpse.)

And I was worried of course because, jeez, I thought I had screwed up. I wondered for a time if the book was bad. But then it hit list and stayed on list for four weeks  and the next two books hit list, too, and EMPIRES END landed even higher on the list than the first book. And privately, I was told by folks inside LFL that there was no worry here, that they valued that I spoke out both speaking up for myself and for STAR WARS, which has always honestly been a progressive brand and company. And it made me very proud to work for them, too, not just because  holy hell, basking in the glow of STAR WARS, but because the people were great, and they totally got it. (Hell, a lot of the people inside LFL have experience considerable harassment. I mean, thats not news, but Kelly Marie-Tran? Bueller? Bueller?)

After I did HYPERION with Marvel, they hired me then to write the TFA adaptation, which meant I got to work with some wonderful folks  @hantos and @cracksh0t  on a project that was tricky, because it ended up being more a translation of the movie than an adaptation. (I know Heather received some of the worst harassment in the entire industry  I cant speak to how well Marvel did or did not protect her from it, but I know she was at the bottom of a major misery funnel from Comicsgate and their ilk. Far worse than I suffered.)

Still, I thought things were good, and I hoped to do more work with Marvel or SW or a combo of the two someday  comics isnt really my thing, per se, but I felt like I was getting a handle on it. Of course, the harassment continued  and it got worse again when TLJ came out. Which Im sure is no surprise to anyone who has ever tweeted, Hey, I really liked THE LAST JEDI! Thats really when I started to see lots of YouTube videos and stuff about me and it was Well, it was creepy. And Id seen other signs of people being fired for political reasons, or folks like @ChelseaCain who was yanked around and was also the subject of considerable nastiness.

And then we announced SHADOW OF VADER juuuuust last weekend, and people were excited, and I thought everything was good. I was not made aware of any issues, and my online self has always been my online self, so. Except, yeah, no. Today I got the call. Im fired. Because of the negativity and vulgarity that my tweets bring. Seriously, thats what Mark, the editor said. It was too much politics, too much vulgarity, too much negativity on my part.

Basically, because I was not civil.

Which, of course, is their decision to make. Im not their boss. (And, turns out, theyre not the boss of me, either. Har har.) (I joke because otherwise, I cry.)

My understanding over this call was that this was a Marvel decision, not an LFL decision, but I cant really confirm that. The editor said he had made the call. He seemed genuinely upset at my tweets and profanity, so maybe thats accurate. And again, thats his right to do so. If they honestly feel that my presence will damage the book, I dont want that. I want the book to shine, and artists like Juanan Ramirez and Greg Smallwood to do their amazing thing. Artists like that are gods in my mind, so Im happy to not distract from their literal magic.