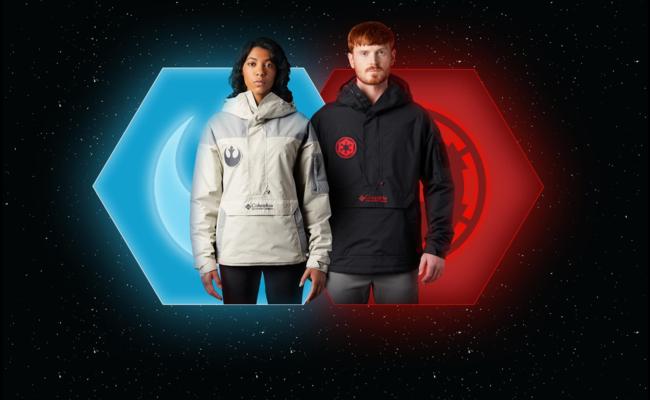 Portland, Oregon  Nov. 25, 2019  Columbia Sportswear is unveiling the new Challenger Jacket, Star Wars Force Editions, inspired by the ultimate battle between the light side and the dark side of the Force. Fans can now choose their allegiance, whether its the black dark side jacket with Imperial details or the grey light side jacket with features honoring the Rebel Alliance. These timeless pieces will be available on columbia.com/StarWars starting at 12:01 am EST on Dec. 6 and in-store at Columbia-branded retail locations in the U.S., Canada, Hong Kong SAR, and U.K. The Columbia jackets are unisex styles and will be sold for $200 USD, while supplies last.

Fans interested in taking this experience to the next level can purchase one of only 25 jackets signed by Mark Hamill, who famously portrays Luke Skywalker. These signed jackets will sell for MSRP of $900 USD, with all proceeds going to college access programs and scholarships selected by Hamill. These coveted signed jackets will be sold only at Columbia-branded retail locations in New York, NY; Buena Vista, FL; Downtown Portland Flagship, OR; Minneapolis, MN; and Seattle, WA.

The design of the Star Wars Force themed jackets includes nods to Aurebesh, the primary language in the Star Wars galaxy. The coded messages in the jackets translate to May the Force be with you in the light side rebel alliance style, and You underestimate the power of the dark side, in the dark side Imperial version. Other Aurebesh messages include vehicle identification numbers for Luke Skywalkers X-wing Fighter as well as the Death Star. 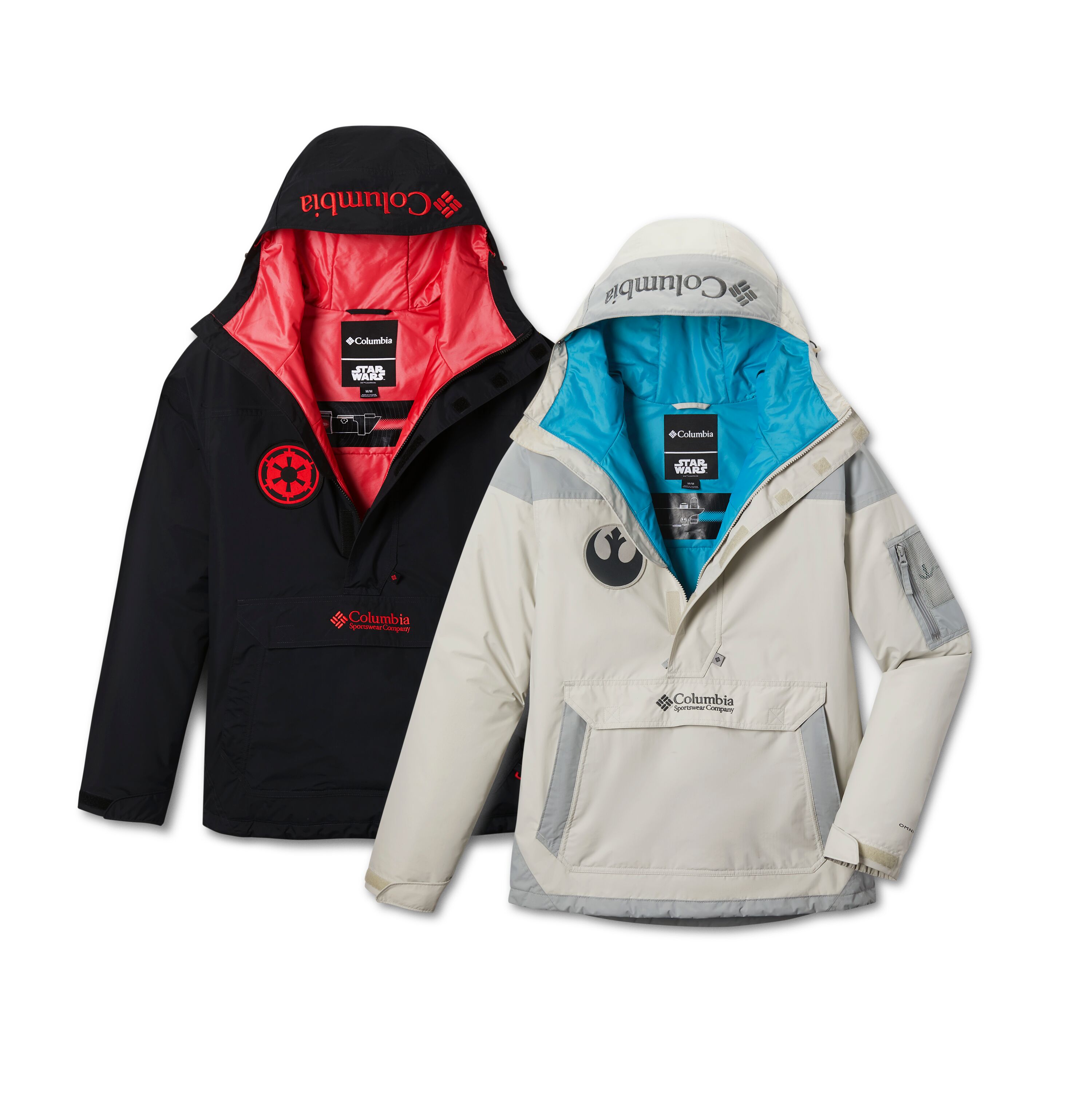 The anorak-style jackets are a Columbia heritage style dating back to the 90s, and the team worked closely with Lucasfilm to incorporate features inspired by the Star Wars saga  specifically Luke Skywalker and Darth Vader. The lining of each jacket matches both of the characters legendary lightsabers, which appear in the graphics. No detail was spared, even down to each lightsabers specific kyber crystal, which lies at the core of every Jedi or Sith lightsaber.

Additional features include a Rebel/light side or Imperial/dark side chest patch, a mesh sleeve pocket, zippered hand pockets, kangaroo pouch, and side-entry zip that provide extra utility while the adjustable hood, cuffs, and hem deliver a just-right fit.

Stylish and made for everyday wear, these special-edition jackets honor Columbias DNA with its Omni-TECH waterproof-breathable shell and synthetic insulation that will keep fans warm and dry in all weather conditions.


Here is a list of all the Columbia Branded U.S. Retail Locations Carrying the ChallengerTM Jacket Star Wars Force Edition: