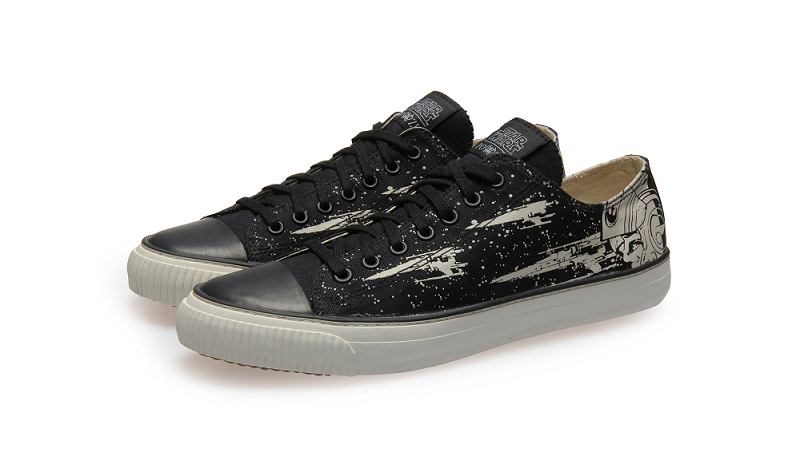 The launch of the X-WING PILOT low cut vegan lace-up Sneakers in organic cotton on May 4th is the latest release from the Star Wars | Po-Zu co-branded footwear range.

Theyre the fearless starpilots of the Resistance and now you can stay sharp in formation as Po-Zu launch the new X-WING PILOT low cut vegan lace-up Sneakers.

Introduced in Star Wars: The Force Awakens, the T-70 X-wing is an iconic symbol of the fight against tyranny and Resistance X-wing pilots are at the leading edge of the struggle against the First Order. Po-Zu have taken Black Squadron leader Poe Dameron and the workhorse of the Resistance fleet itself, the Incom T-70 X-wing and designed a memorable piece that will be the heart and soul of the fight against Supreme Leader Snoke and his forces.

The new sneaker is the latest in the range of co-branded Star Wars footwear to be released by pioneering ethical shoe brand, Po-Zu, under license by Lucasfilm and Disney. The instantly recognizable flight helmet of Poe and a trio of soaring T-70 X-wings, first seen in Star Wars: The Force Awakens, run along the side of the organic canvas and can be yours on May 4th, recognized worldwide as Star Wars Day.

The new vegan and unisex low-cuts will retail at £59, with the design beautifully printed onto organic cotton and
signature Star Wars | Po-Zu tongue detail.

The new sneakers will sit alongside Po-Zus Portuguese range, complementing the current product offering of high-quality leather and non-leather premium products, inspired by the footwear of main characters in the films such as Rey, Finn, Luke, Chewbacca and Poe. 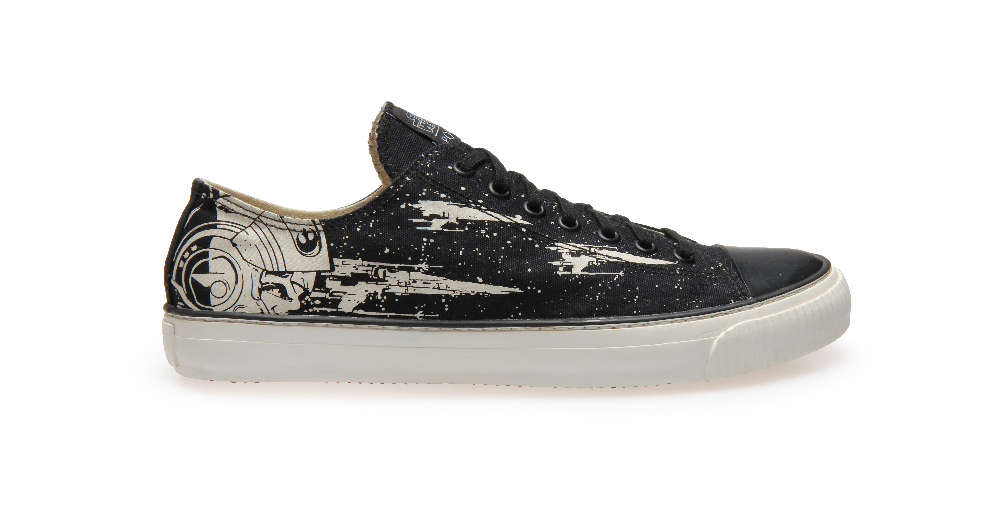