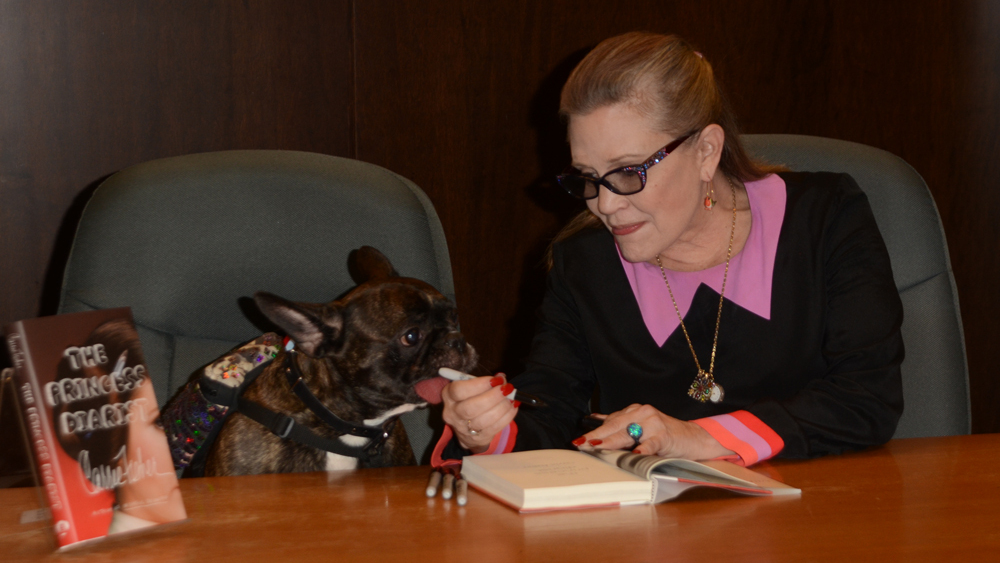 It seems our Princess is still making waves in the industry a year after her passing. Just another sad reminder that she is gone.

At Sundays Grammy Awards, Carrie Fisher was honored for best spoken word album for her book The Princess Diarist.

The 2016 memoir was inspired by the diary entries that Fisher wrote while working on the first Star Wars film in 1977. Released five weeks before her death on Dec. 27, 2016, Fishers fourth book revealed even more details from her past, including an onset affair with co-star Harrison Ford.

Also nominated in the Spoken Word category was Neil deGrasse Tyson, for Astrophysics For People In A Hurry, Bruce Springsteen for Born to Run, Shelly Peiken for Confessions Of A Serial Songwriter, and Bernie Sanders and Mark Ruffalo for Our Revolution: A Future to Believe In.

This was Fishers second Grammy nomination and first win, following her nod for spoken word for her 2008 book Wishful Drinking. The actress died after she stopped breathing on a plane returning home to Los Angeles after finishing the European leg of her The Princess Diarist book tour.