Fans attending D23 who purchased the "Sorcer's Package" were privy to some early news of merchandise that will be available from The Mandalorian. Here's the info from Diskingdom.com:

Disney has announced a some new merchandise based on the Disney+ Original series, Star Wars: The Mandalorian, will be released at the D23 Expo. Early details on the merchandise being released was revealed to guests going to the event with a deluxe Sorcerers package. 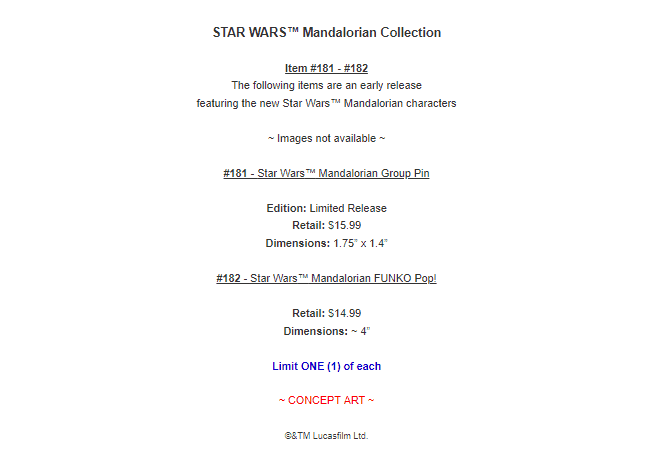 The largest Disney fan event in the world, D23 Expo 2019 will be held August 23-25 at the Anaheim Convention Center. Celebrating all the wonderful worlds of The Walt Disney Company under one roof, including the best of Disney, Marvel, Pixar, and Star Wars across film, television, theme parks, products, online, music, live entertainment, and more. D23 Expo 2019 marks the sixth biennial Expo held in Anaheim.