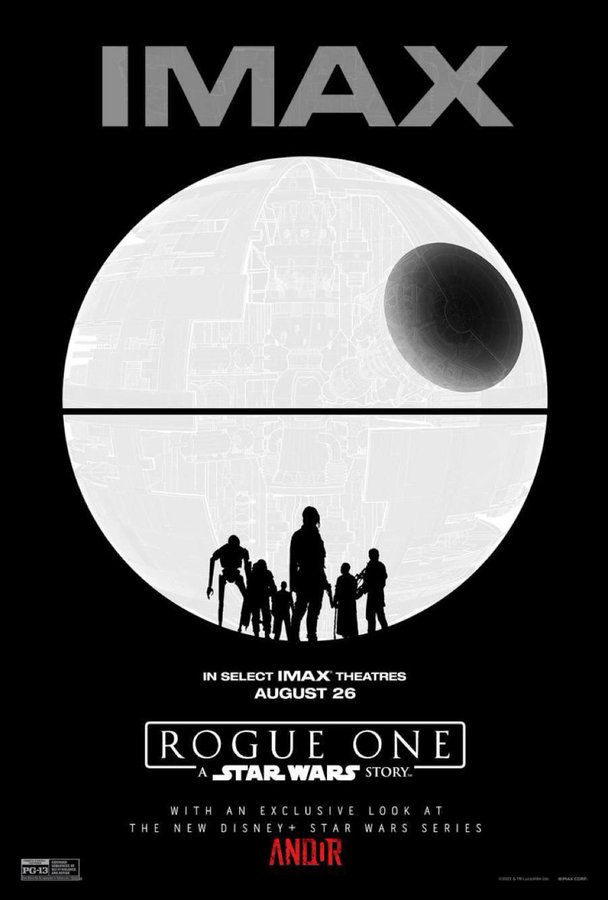 HOLLYWOOD, CALIFORNIA  August 16, 2022  Tickets are on sale now to see Lucasfilms Rogue One: A Star Wars Story at the El Capitan Theatre August 26 through September 5 with an exclusive look at the new Disney+ Series Andor.

Tickets are $12 for all ages and include a Rogue One: A Star Wars Story mini poster while supplies last. Tickets are on sale now at www.elcapitantickets.com and https://www.fandango.com/el-capitan-theatre-aacon/theater-page. All seats are reserved. For more information on tickets, call 1-800-DISNEY-6.

The El Capitan Theatre has taken enhanced health and safety measures for its guests and cast members. All guests must follow posted instructions while visiting. For health and safety information including theatre policies and procedures visit https://elcapitantheatre.com/safetyinformation/

About Lucasfilms Rogue One: A Star Wars Story: From Lucasfilm comes the first of the Star Wars standalone films, Rogue One: A Star Wars Story, an all-new epic adventure. In a time of conflict, a group of unlikely heroes band together on a mission to steal the plans to the Death Star, the Empires ultimate weapon of destruction. This key event in the Star Wars timeline brings together ordinary people who choose to do extraordinary things, and in doing so, become part of something greater than themselves. Rated PG-13.