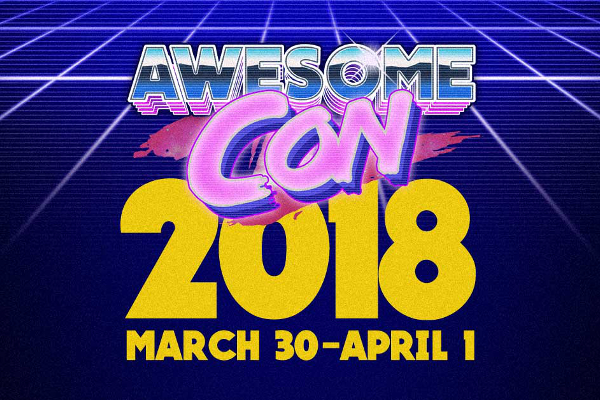 With Day 1 of Awesome Con in the books, there was no shortage of great Star Wars action to cover. From the amazing The Last Jedi Costume and Prop installation to two great panels, there was something for everybody.

This year Lucasfilm along with the Smithsonian Institute brought out the heavy with a fabulous consume and prop display from The Last Jedi. Each and every item was used in the film and arrived coffin style to protect them in perpetuity, it was impressive. Costumes at the display included Rey, Luke Skywalker, Kylo Ren and an Elite Praetorian Guard.

As for props they had a Resistance Ski Speeder model, a Resistance A-Wing model, fan favorite Porg and the holy trinity of lightsabers that belonged to Rey, Kylo Ren and Luke Skywalker. It was a wildly popular display and the detail in the costumes and props was impressive.

Not to be outdone, at the main stage was the R2DC Builders Demo: R2D2 Builders of the Washington Area. The charitable group wowed fans of all ages with their incredible recreation of a variety of R2s but of course R2D2 stole the hearts of the kids in attendance. Speaking with builders Justin Strait and Rob Sey, theres a lot of work that goes into building these droids which can sometimes take years. One thing that the group does and is something that they are very proud of is their charity work, which often has them teaming up with fellow fan groups the 501st and Rebel Legions. The smile on the faces on the sick and needy is something that makes the very disciplined and time-consuming hobby worth while.

Speaking of the 501st, the Old-Line Garrison was there to represent along with the Mandalorian Mercs and the Rebel Legion: Terrapin Base. All three groups have booths there all weekend long and will be hosting panels throughout the three days. Check the schedule for more information.

The exciting first day ended with a great panel called Redemption in Star Wars and was hosted by Bria LaVorgna of Tosche Station. She was joined by members of other of fan favorite groups including Beltway Banthas, Tosche Station and Eleven-ThirtyEight. The packed room was witness to a lively discussion about all things Star Wars but focused mainly on the theme of redemption in the Star Wars universe and its characters. The room was packed and full of energy and was a great way to kick off a weekend full of great Star Wars panels.

So, that's it for Day 1 here at Awesome Con, check back here first thing tomrrow for the day's events and of course follow us on Twitter for up to the minute action.