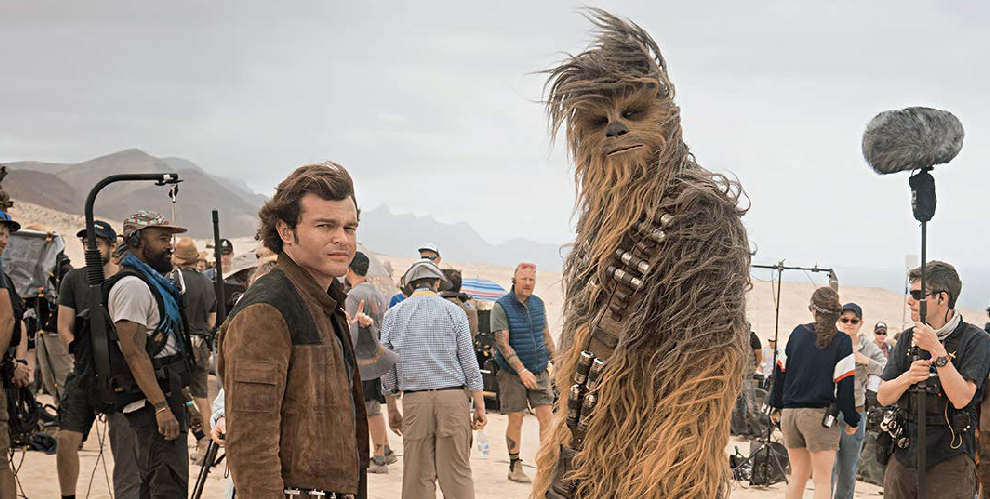 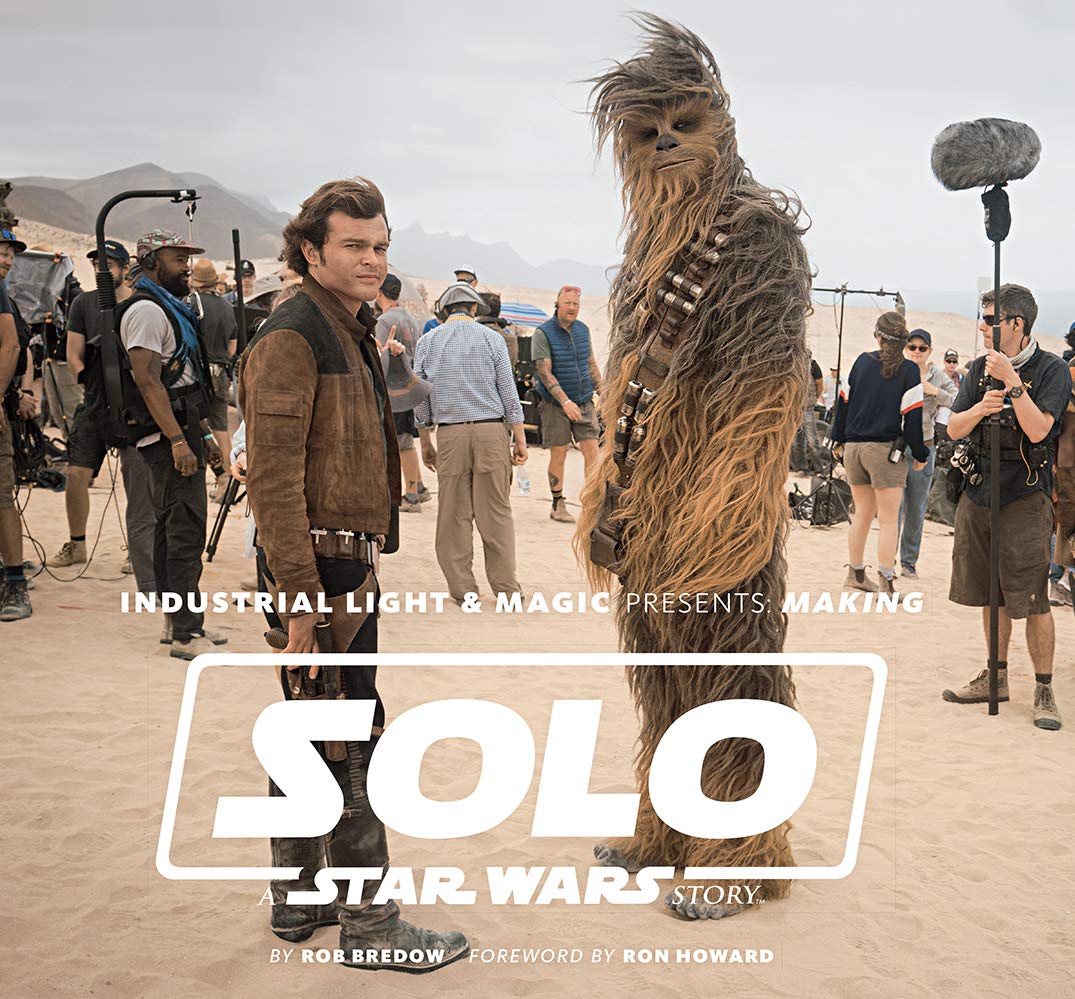 Industrial Light & Magic Presents: Making Solo: A Star Wars Story is an eyewitness account of the films production from visual effects supervisor and coproducer Rob Bredow. The book gives readers an intimate glimpse into the journey that Solo took from pre-production, production, and post-production, fully documenting how this film came to the big screen.

Making Solo gives a chronological overview of how this multiple-Academy-Award-winning visual effects company created new worlds, aliens, droids, and vehicles for a galaxy far, far away, including insights into how the train heist on Vandor, L3-37, the Kessel Run, and the reimagined Millennium Falcon were brought to life. A must-have for Star Wars fans, this authorized, all-access book will be an indispensable work for all movie fans and devotees of popular culture.

One of my favorite books from childhood was the Star Wars: Return of the Jedi hardcover storybook. Not because of the story, I had that down, but the pictures inside were striking and beautiful and I would stare at them for hours. Even though they were just screenshots, I loved looking at Star Wars one frame at a time, and still do to this day.

Because of that Im a sucker for any visual dictionary, art of, and behind the scenes books which remind me of how great it is to look at Star Wars, moving pictures or still photography. So, to say I was excited about Rob Bredows latest book, Industrial Light & Magic Presents: Making Solo: A Star Wars Story would be a tad underselling it.

Rob Bredow is the executive creative director at Industrial Light & Magic (ILM) and the head of their overall creative strategy and global operations. Thats a long title, and while it may be too long to fit on a business card and difficult to say ten times fast, it very well might be the coolest job in the world.

A fan since birth, Rob has one of those jobs that youd never think of when your sitting around with your friends picking your dream Star Wars job. Its easy to lean towards the higher profile gigs but when you learn more about what he does, his day-to-day routine, and the places he gets to go and the people he gets to meet, its incredibly unique, even for this industry.

This wonderfully heavy hardcover edition by Abrams Books, is over 250 pages of stunningly beautiful photographs by Rob, as he documented his Solo journey. And as you go through it, something will dawn on you eventually, that making Solo: A Star Wars Story seemed to be just as adventurous, exhilarating, treacherous, and daunting as the film itself! A truly once-in-a-lifetime experience for all involved.

The supporting materials with Solo have been great, from the novels, to the dictionary, to the Art of, and now you can add this to the list. Its a fantastic assemblage of anecdotes, images and experiences by Rob and the entire cast and crew of Solo. More than just actors sitting around drinking coffee (which there are), this book takes you around the world, on set, and up close as Rob captures each step of his year-long journey in both black and white and colour photographs.

To say this book is full of stunning pictures is understating the matter is a big, big way. And its clear Rob could easily have a career in photography as the composition and framing of his pictures are stunning and very much tell their own story. Having eyes on set such as DP Bradford Youngs and Bredows clearly paid off in a big way, because regardless of how you feel about Solos story, it looks fantastic. And these photographs are absolute proof of that fact.

And more than merely a picture book, most of the pages have either anecdotal trivia, set stories, short interviews with key players, and intimate portraits of both cast and crew. But make no mistake, the images are the stars here and will most definitely transport you to a different time and place.

Whats also clear, is that its an incredibly personal journey for Rob as well. Not only is he achieving his dream of working on a Star Wars film, a lifes pursuit, but his family had to uproot and move to England for one year in order to do so. This is something that was very important to him and ultimately their decision to do so, allowed him to take the job.

Ill tell you, one thing that I did appreciate from Rob and Lucasfilm, was they werent looking to erase history. The book includes more than a few pictures and interactions with ousted Co-Directors Phil Lord and Christopher Miller on set, working with the actors.

This is a wonderful edition to anyones library whether youre a fan of Star Wars or just behind the scenes movie magic. It breaks down the fourth wall and puts you right up close to the movie making process, even breaking down most of the films incredible action sequences. From the Conveyex train heist on Vandor, to the Battle of Mimban, you get a detailed look at what went into bringing those key scenes to life and learning some of ILMs secrets!

I cant recommend this book enough and it very well might be the best Star Wars book of the year.

Ron Howard is the cofounder of Imagine Films and a director, producer, and actor who has won two Academy Awards, four Emmys, a Grammy, and two Golden Globes. 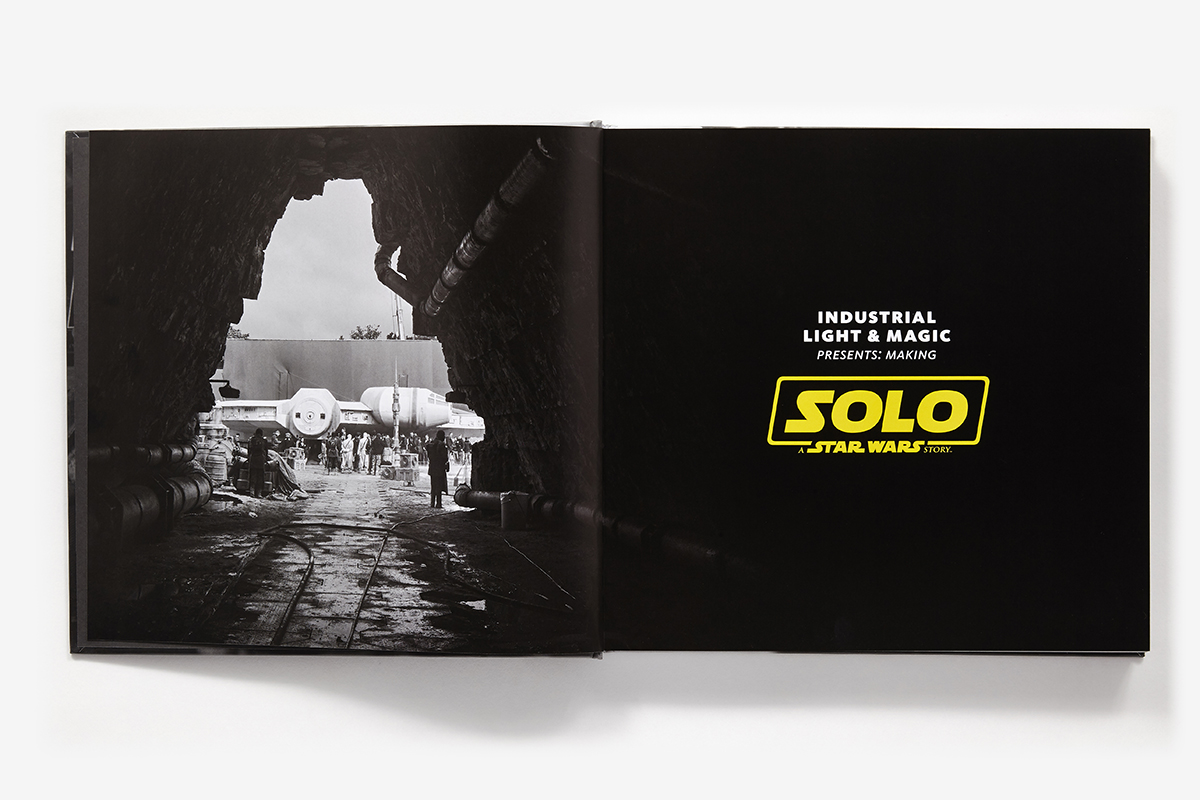 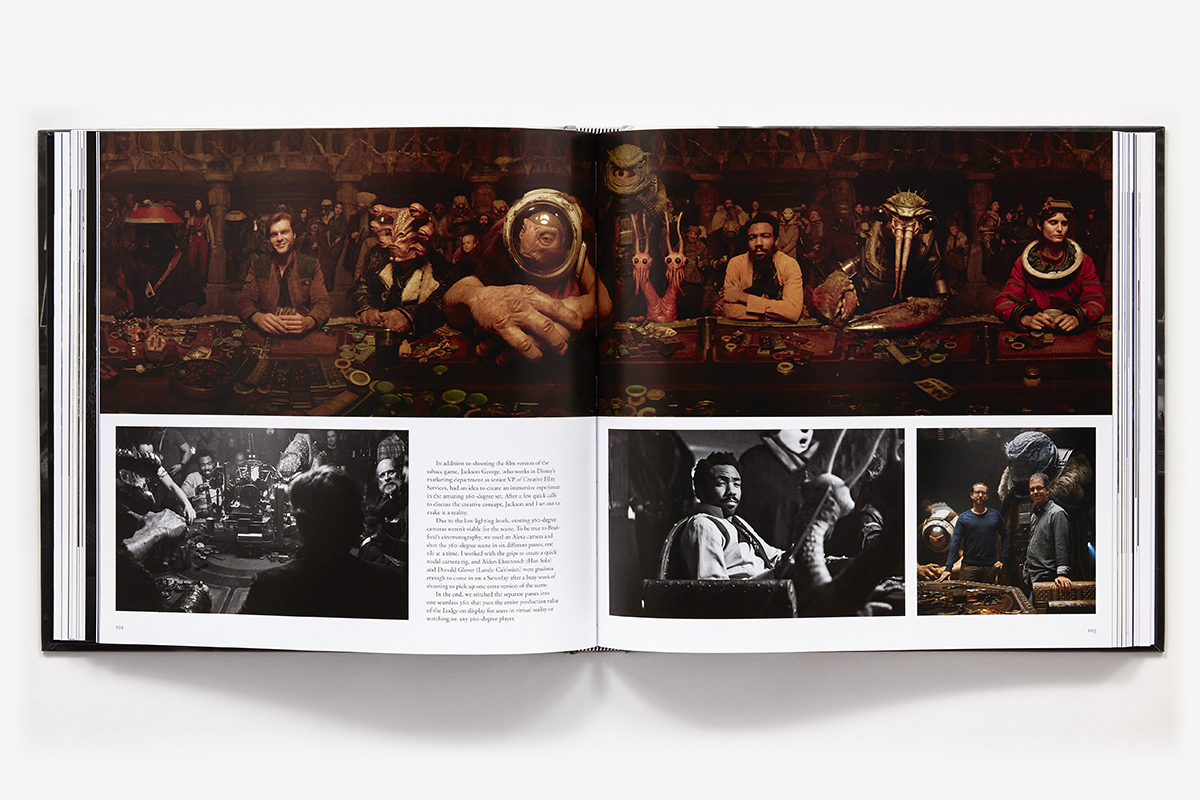 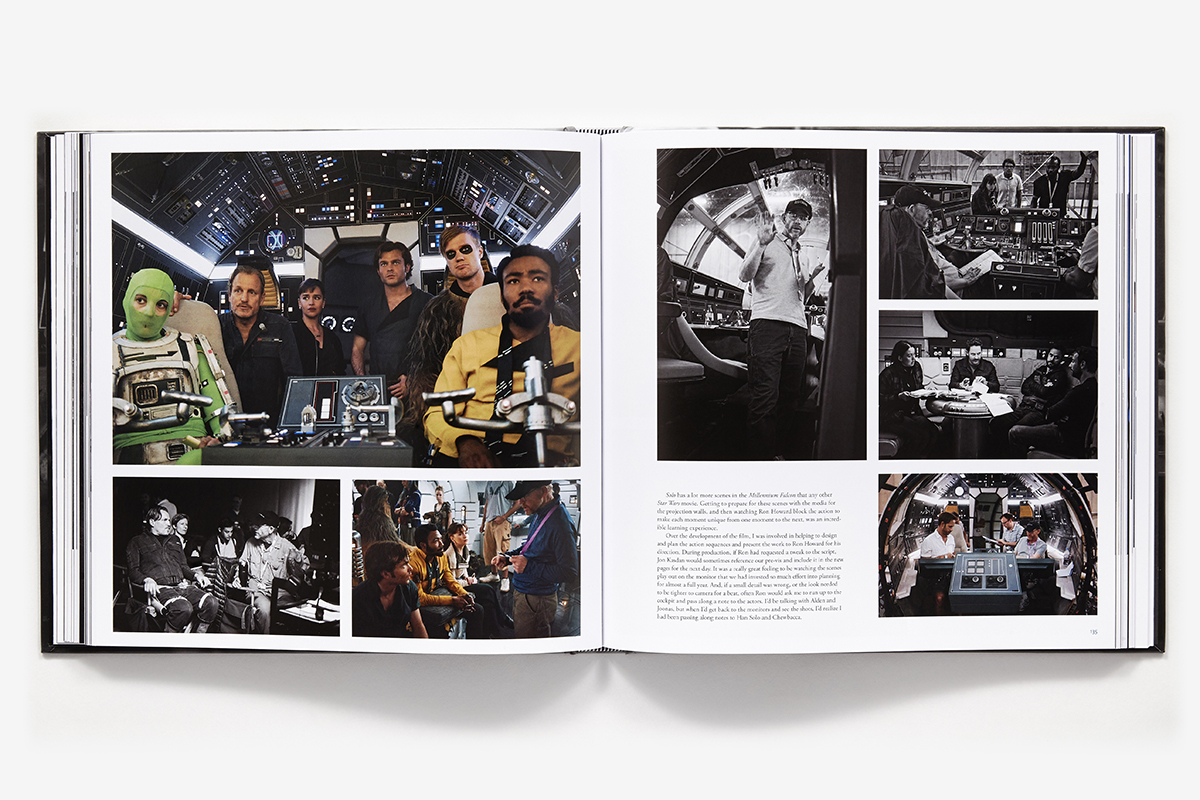 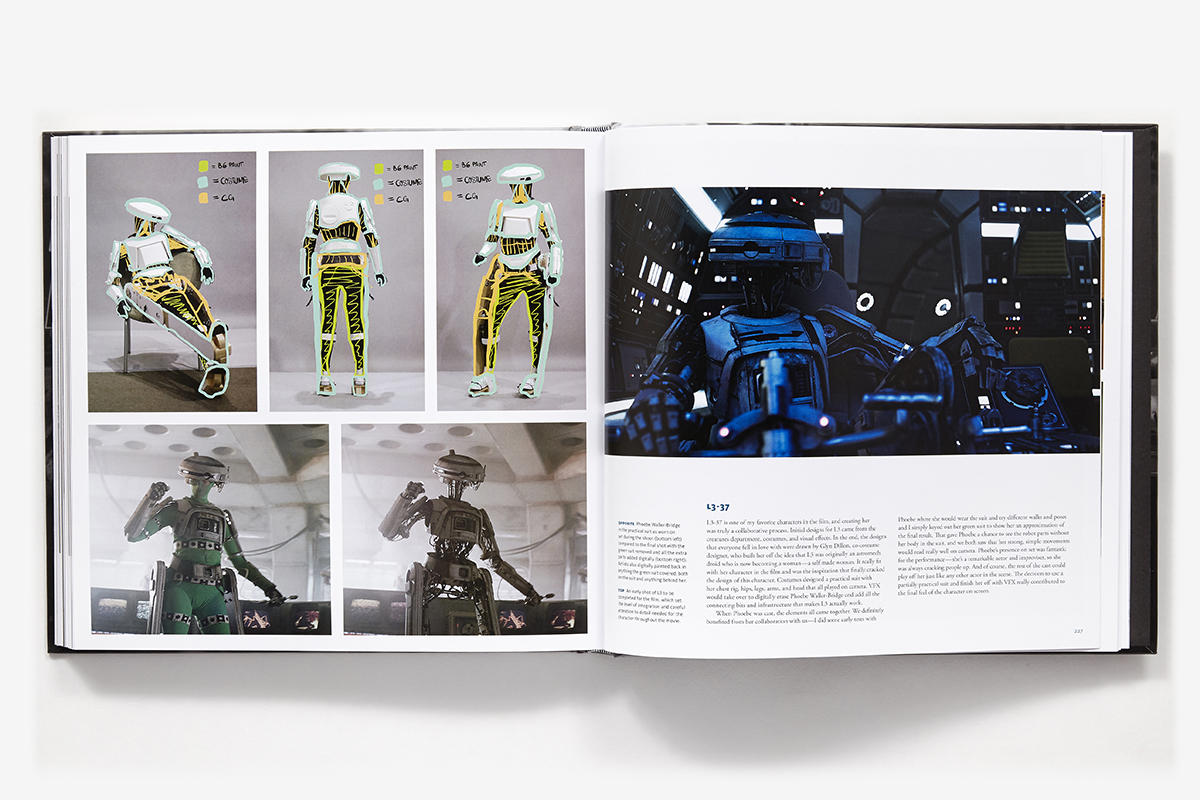