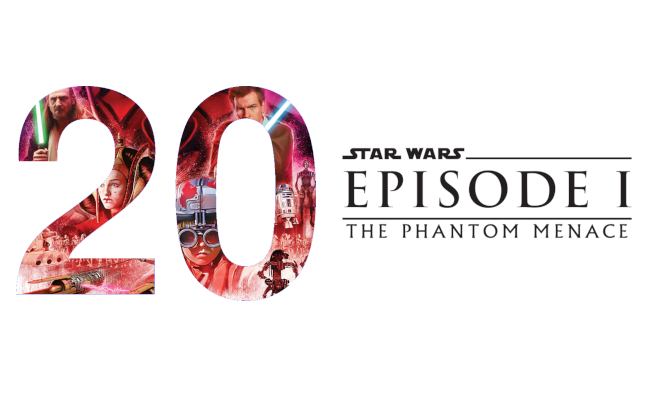 The last year weve seen the publishing side of Star Wars finally offer up some canon titles that explore the timeline prior to the Invasion of Naboo (32 BBY). This battle was depicted in the prequel film, Episode I -The Phantom Menace, which happens to be celebrating its 20th anniversary this Sunday, May 19th.

While the focus of these titles may seem myopic, putting the spotlight on only a few names, the world building and character introduction contained within them is fantastic. Youll travel to new worlds and meet new people, all the while learning new bits of information about known characters in unexpected ways. And they spread across the various mediums as well, offering up comic books, trades, a novel, and an audio book.

So, to celebrate the birthday of that very important Star Wars film, heres five titles that you can read which look at events and characters from that time period. With more and more expected to come, this is a good time to catch up while the number is still relatively low. 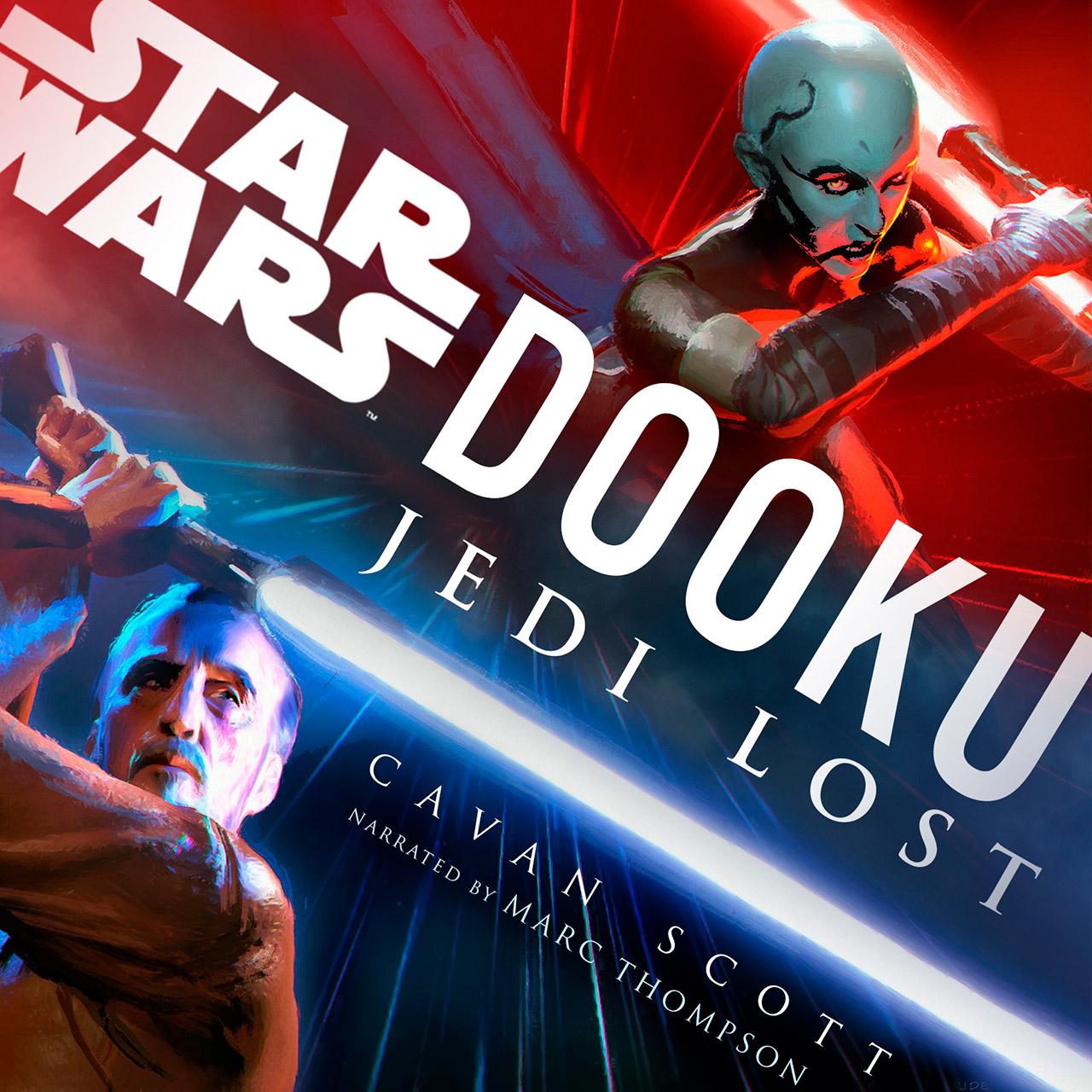 Dookus life began as one privilege-born within the stony walls of his familys estate, orbited by the Funeral Moon where the bones of his ancestors lie interred. But soon his Jedi abilities are recognized, and he is taken from home to be trained in the ways of the Force by the legendary Master Yoda. As he hones his power, Dooku rises through the ranks, befriending fellow Jedi Sifo-Dyas and taking a Padawan of his own, the promising Qui-Gon Jinnand tries to forget the life that he once led. But he finds himself drawn by a strange fascination with the Jedi Master Lene Kostana, and the mission she undertakes for the Order: finding and studying ancient relics of the Sith, in preparation for the eventual return of the deadliest enemies the Jedi have ever faced.

Caught between the world of the Jedi, the ancient responsibilities of his lost home, and the alluring power of the relics, Dooku struggles to stay in the light-even as the darkness begins to fall. 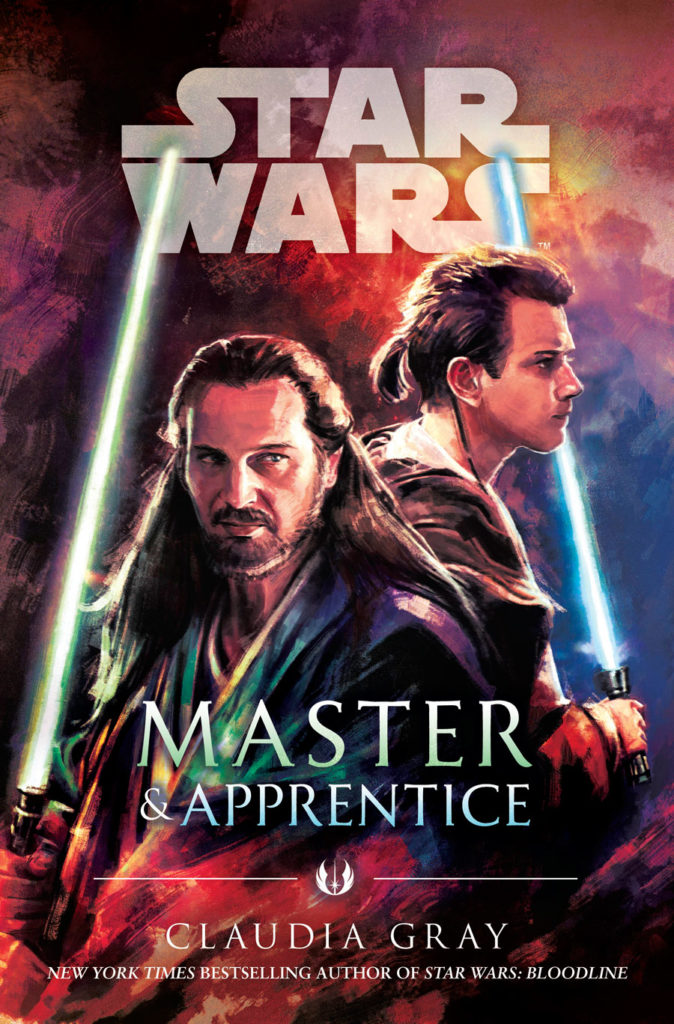 An unexpected offer threatens the bond between Qui-Gon Jinn and Obi-Wan Kenobi as the two Jedi navigate a dangerous new planet and an uncertain future in the first canon Star Wars novel to take place before the events of Star Wars: The Phantom Menace.

A Jedi must be a fearless warrior, a guardian of justice, and a scholar in the ways of the Force. But perhaps a Jedis most essential duty is to pass on what they have learned. Master Yoda trained Dooku; Dooku trained Qui-Gon Jinn; and now Qui-Gon has a Padawan of his own. But while Qui-Gon has faced all manner of threats and danger as a Jedi, nothing has ever scared him like the thought of failing his apprentice.

Obi-Wan Kenobi has deep respect for his Master but struggles to understand him. Why must Qui-Gon so often disregard the laws that bind the Jedi? Why is Qui-Gon drawn to ancient Jedi prophecies instead of more practical concerns? And why wasnt Obi-Wan told that Qui-Gon is considering an invitation to join the Jedi Councilknowing it would mean the end of their partnership? The simple answer scares him: Obi-Wan has failed his Master. 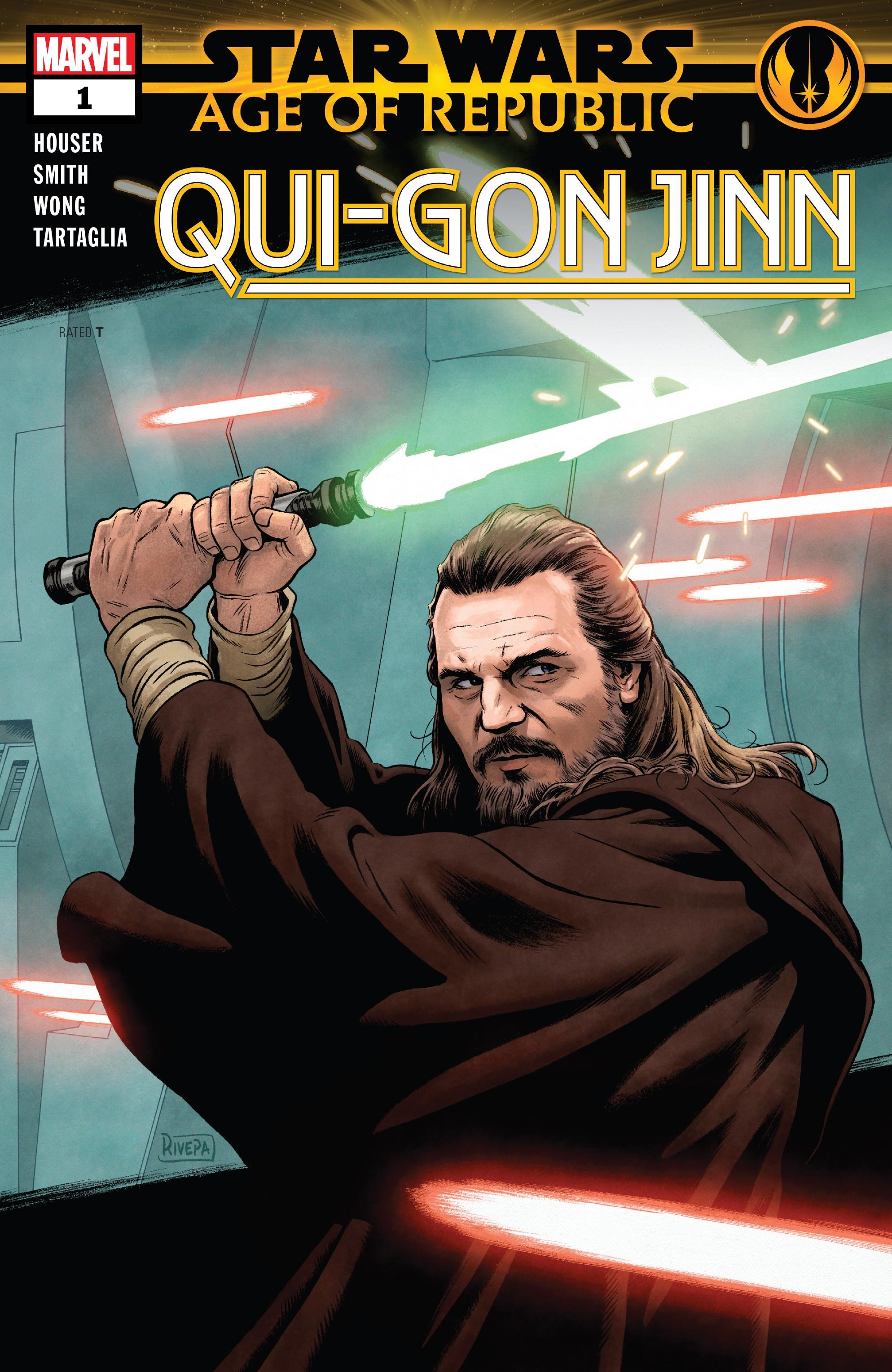 JEDI ORDEROR CHAOS? Considered one of the greatest Jedi Knights or the one who led them to their doom, maverick QUI-GON JINN is one of STAR WARS most controversial heroes.

The JEDI MASTER is known to bend the rules and its gotten him into plenty of trouble with the COUNCIL. Now, in the face of a mission that goes awry, hes forced to confront his conflicting beliefs. What will Qui-Gon uncover about his loyalty to the Jedi vs his loyalty to the FORCE? Guest-starring MASTER YODA! 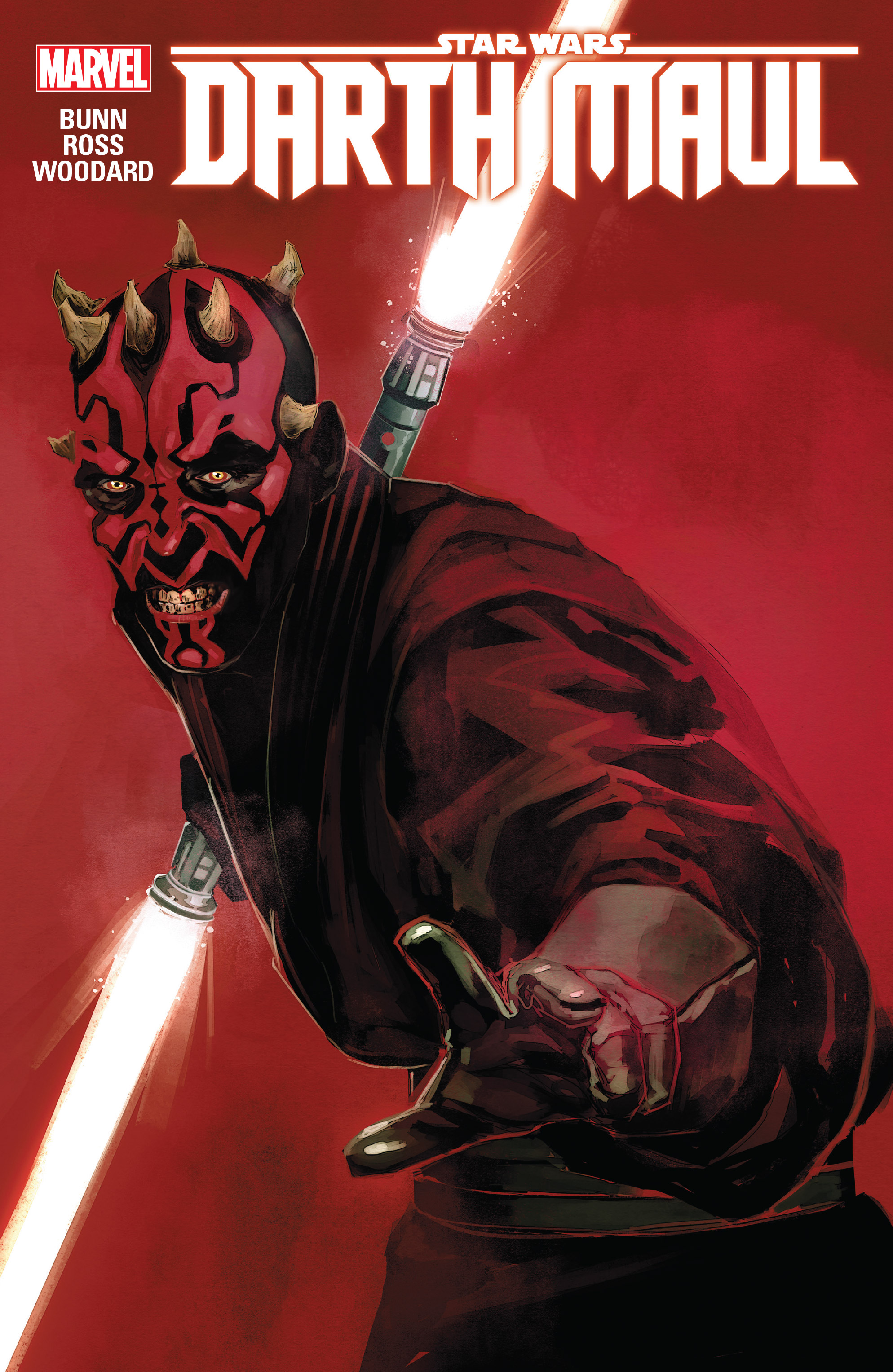 Raised on hate, fear and angersteeped in the ways of darknessand trained to kill! Darth Mauls time as apprentice to Darth Sidious has long been cloaked in shadows  now at last his tale of revenge is revealed!

Its a story of rage unleashed as Darth Maul prepares for his first encounter with the hated Jedi. But when a Jedi Padawan is captured by sinister forces, why is Maul so determined to find her?

And what role will a band of bounty hunters, including Cad Bane and Aurra Sing, play? Get to know the galaxy's deadliest Zabrak like never before! 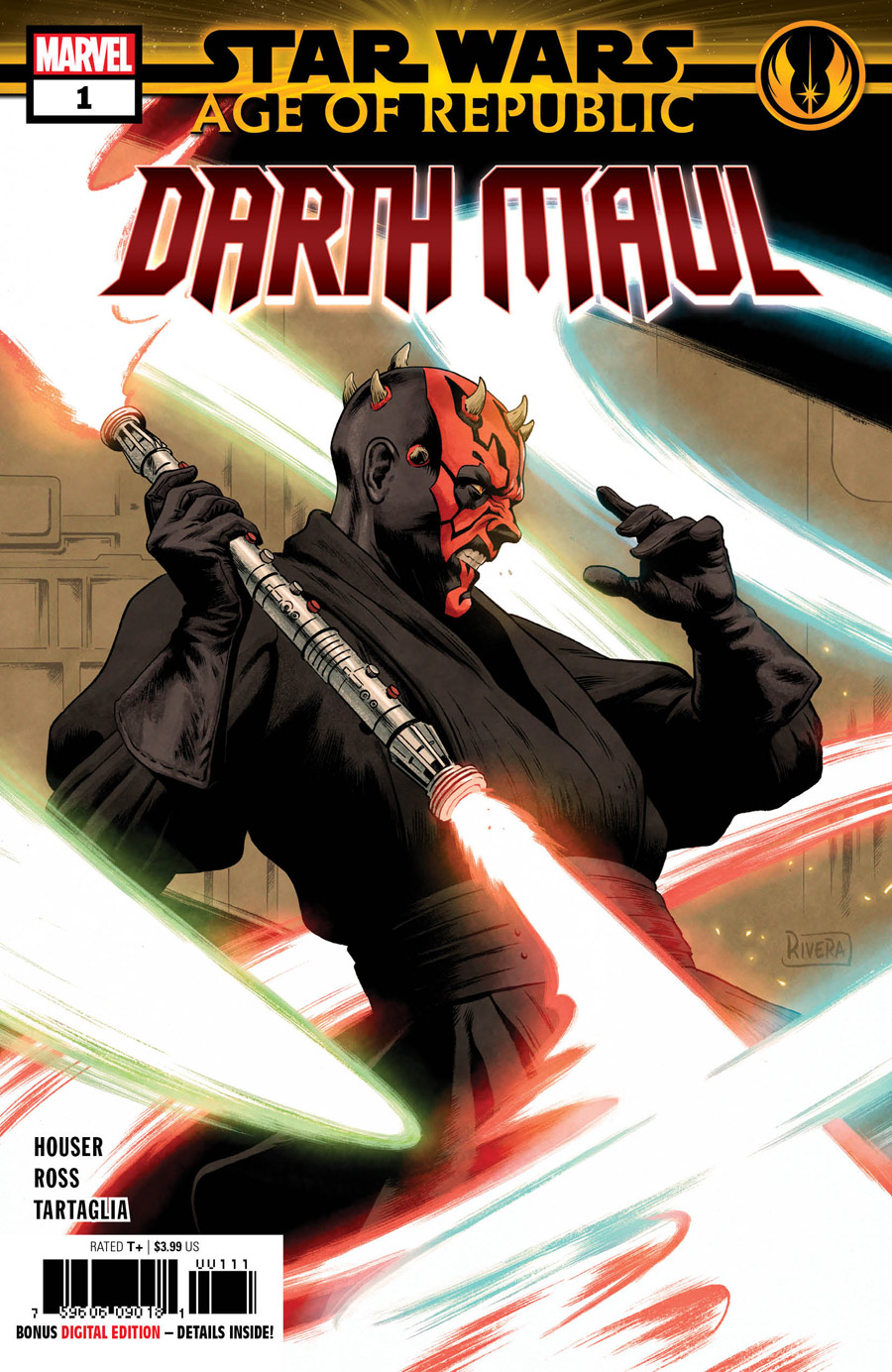 RISE OF THE SITH! A living weapon of rage and bloodthirst, DARTH MAUL has stayed in the shadows of CORUSCANT waiting for his chance to strike against the JEDI ORDER! However, since tasting his first blood, the SITH lord struggles to contain his desire for destruction and questions the wishes of his methodically plotting master.

Could Maul have had another path in life, or was he always fated to follow a dark road? Guest-starring DARTH SIDIOUS!