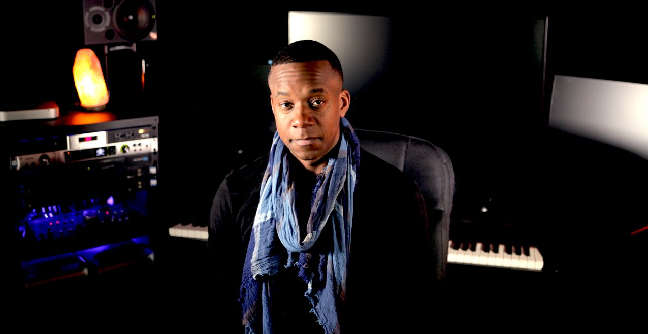 He has also scored over 20 feature films, many of which have been released theatrically, and has worked closely with some of Hollywoods biggest composers including Danny Elfman, Harry Gregson-Williams and Marco Beltrami.

He received his master's degree in Music Composition from the University of North Texas, and later earned the prestigious Scoring for Motion Pictures and Television program at USC.

Most recently, Jermaine scored the wonderful new docuseries Our Star Wars Stories for Lucasfilm, which turns the camera on the fans and highlights them, and their stories, in a way never seen before.

We spoke with Jermaine about his series, his love for Return of the Jedi and many other things. Enjoy! 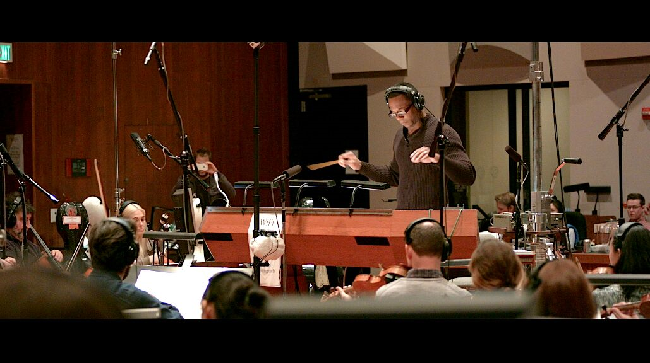 Music is most effective when its used as the only way the director can express whats happening, and Star Wars has always done a great job of doing that.

Youre in the room because you have a unique talent, but with Star Wars composition, you have that John Williams baseline to work from. Talk about what its like having these wonderful motifs to work from? Both as a music fan and professional?

The interesting and funny thing about Star Wars as it relates to music, is that you cant separate the sound of Star Wars tonally from what John Williams has set up for us, that definitive Star Wars sound. Anyone who has done anything music wise with Star Wars has always had to remind us of the sound that Williams put out there in 1977.

For this series, we didnt use any direct themes from the original films, but in the same token it needed to feel like Star Wars in some way. Initially, Mickey (Capoferri, Senior Director Online Content & Programming) and I talked about using library music, but in terms of transitions, these episodes would get smoother and more purposeful transitions, so scoring it made more sense. We were able to play with the pace and create drama while still having it feel like Star Wars at the same time, which was very exciting.

Ive spoken with other Star Wars composers who were obsessed with Williams at an early age. At what point did the Star Wars/Williams score enter your life?

I was born in 1977, so when I entered the world Star Wars was already this huge thing. Return of the Jedi was the first Star Wars movie I saw in the theater, but I had seen E.T., Raiders of the Lost Ark and other Williamss films in the theater in the early eighties so he was in my world from the beginning.

Senior year in high school I started collecting soundtracks and they became the bulk of my CD collection. I went to college to play saxophone, but it was a friend who put the bug in my ear to investigate the composition side of thigs. This led into to the re-releases and it went from there.

During my undergrad years, I would set up a fake podium, put on my Sony headphones and pretend to conduct along with Williams and the score of Return of the Jedi.

Ive asked composers this before and the answers seem to vary. During recording, do you prefer to conduct or stay in the booth? From what Ive seen, it looks like you love conducting?

For me, conducting has always been a passion. I can see the benefits however of being in the booth during a scoring session because some people arent comfortable with the choreography of conducting. Whether its turning pages, queuing musicians or helping to facilitate the rate of recording music during a session. Time is money during a session and you must be proficient.

In the booth, everything sounds completely different than being on a dry stage. Youre able to dictate where the music may need to lie in terms of what needs to be in the foreground. But in the end, I love being as close to the actual physical manifestation of the music as possible. And for me, that is at the scoring session, standing right next to and with the players.

Tell me about the first meeting you had where you discussed this series. Who was there and how was the show described to you?

I was meeting with Mickey to talk about other things initially. But while talking to me it donned on him that including an original score for this new series might be possible. I was really interested from the onset because Mickey has great taste and is always involved with cool stuff. He seems to really get behind the things that hes involved in and hires cool, creative and smart people so I wanted to a part of that group.

Timewise, in my mind, it was something that would happen months down the road, but two or three weeks later he called and said he had a rough cut to show me. Then he mentioned they would have a couple more cuts soon and New York Comic Con was on the table, so we would need something sooner than later.

It quickly went from this hypothetical long-term idea to this live thing with a deadline. Suddenly, people were going to see and hear it more quickly than I had thought. It became very exciting of all a sudden because it needed to be done quickly, but done well, or it wouldnt be done at all.

We talked about hiring a live orchestra for the main title, which we didnt ended up doing, but I sent him about 10 different themes for a main title. I was trying to find what the show would sound like to him, as the producer, to get a sense of what it should feel and sound like. My goal was to give him some options in terms of tonality.

It needed to be fun, somewhat current, and fit into this universe all without sounding cheesy. So, whatever themes were working the best, we would whittle it down to two or three, and then pick one from there to concentrate on. That would eventually develop into the actual theme of the show.

These are all emotionally inspiring stories, requiring subtlety. Tell me about your approach and perhaps how you felt after seeing the clips without a score?

It was good in a way that I had little time to work on the series. Sometimes its a good thing when youve got a short amount of time because you act more on instinct, and that produces your best work. I thought a lot about tone and I wanted to treat it, functionality speaking, like a documentary in its form and function. It didnt need to highlight or take away from anything, but it couldnt distract from the content either. But at the same time, I needed to be able to make shifts tonally speaking to match the interviewees body language and natural rhythms.

I compose music to picture based on whats happening, so I wanted to support the show in a way that was very natural and seamless. In the first episode, I was very intentional about acknowledging that we were transitioning between segments and subject matter.

I think we all would agree that music can add to the emotionality of a scene, but is it possible to detract from it?

Absolutely music can detract from a scene, and I think music adds so much more when you use it sparingly. J.J. Abrams is an example of someone who very much acknowledges that the use of music should always be intentional, very similar to a special effect. Music is most effective when its used as the only way the director can express whats happening, and Star Wars has always done a great job of doing that.

What do you hope people take away from this series?

I love what I do, and I love what the show is doing, and Ive always wanted to work for Lucasfilm. Ive always gotten really excited about how they work as a group, so I approached this with a lot of heart, hoping to match the level of passion they exude while working on the franchise.

For more information on Our Star Wars Stories, visit StarWars.com.