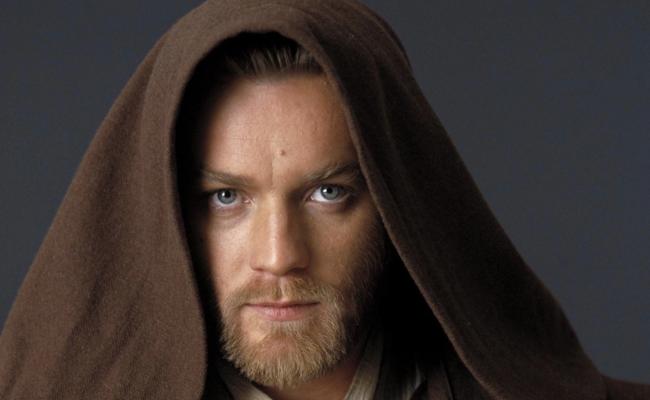 In an exclusive interview with DiscussingFilm.net, Writer Hossein Amini drops a few details on the process.

Michael Slavin: Yeah, thats fantastic thank you. So, one of your upcoming projects is the anticipated Obi Wan show for Disney+ and I was wondering what you can say about the current production status of that series, I know you cant say everything-

Hossein Amini: I cant say very much. The plan is to start shooting in July, Ewan McGregor is signed on. I think hes already said that it spans the period between episodes 3 and 4, so sort of after the fall of the republic and the massacre of the Jedi before the events of Star Wars: A New Hope. Its fascinating in the sense that its a period where there is a lot of change in the galaxy and a lot of hardship. So, for Obi Wans character, he has a lot to adjust to given the loss of his close friends and the order that he believed in. It felt like a really exciting opportunity to explore a different side of a franchise that I always loved and Ive always loved it because of its spiritual aspects as well as its fun and action elements, it seems to work on way more than one level which isnt always true for those big franchises.

Michael Slavin: That actually links very well onto my next question because I want to sort of ask how is it where youre tackling such an iconic Star Wars character, but youre tackling it in perhaps the worst span of their life because everything they ever stood for has fallen and everyone they have ever known has been massacred before this new hope is given, so I was wondering how youre approaching that aspect of the character.

Hossein Amini: For a writer that is a difficult journey to explore because there is so much conflict in terms of internal and external and thats what youre always looking for in a story. When things are going great its difficult to wrangle a story out of that because there is nothing to struggle against in both the interior and exterior sense. So, Ive always been drawn to situations that revolve around some kind of crisis.

Michael Slavin: Previously Obi-Wan was actually reportedly planned as a movie so why do you think that this story works best as a six-episode limited series?

Hossein Amini: I think because of what we were speaking about before, the situation is so complex both for him personally and in a way, the state of the galaxy, you sort of need time to explore it and to be honest there are loads of other stories within that period as well, its quite a few years. There is so much going on between episode 3 and 4 that hasnt been explored. The idea of being able to go into a character journey plus the politics and plus all the vastness of the empire and whats going on is exciting just because it feels like a proper period of history and sometimes that is hard to do in two hours. Sometimes with two-hour movies there is always an imperative for the action and the plot to move particularly fast and quickly and to go from action sequence to action sequence and there are many more aspects to storytelling that I find interesting.

Michael Slavin: So, how did you actually come about joining the project? Did you have to pitch, were you contacted? I was just wondering how you ended up working on the series?

Hossein Amini: I was initially contacted by the original director for the film version, Stephen Daldry and chatted with him and loved him as a director and then with Lucasfilm, it was more of a conversation than a pitch, I am incredibly gracious about it. They didnt make it feel like an audition.

Michael Slavin: Have you always wanted to- you mentioned you were really fascinated by the period and are clearly a big Star Wars fan. Is Obi-Wan a character youve always been curious to explore?

Hossein Amini: Well he was one of my favorite characters, probably because he spans throughout both the trilogy and the prequels and its just something about how different he is from one to the next that is really fascinating and makes him such an iconic character. Its also that I loved Star Wars because Ive always been interested in different religions, like the whole notion of the samurai Ive always loved, there are so many aspects of Star Wars that particularly appealed to me when I was a kid and its been actually really exciting being able to look at all the animated series and read many of the books its a whole world and galaxy that Ive loved diving into.

Michael Slavin: Oh wow, so that is quite a long period that this has been worked on.

Hossein Amini: Yeah I mean obviously, its been on and off but yeah.

Michael Slavin: So, I was just wondering how has it been working with the Lucasfilm story group to make sure that this show fits into the wider Star Wars canon?

Hossein Amini: Theyre fantastic and absolutely devoted fans but they also know so much so thats obviously wonderful and inspirational safety net to have. They are incredibly helpful to the process.