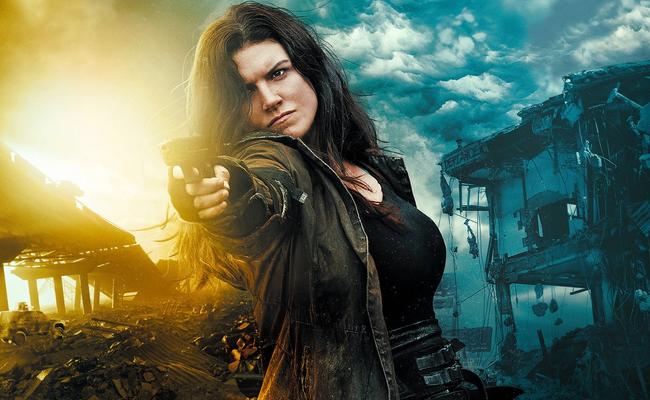 Gina Carano Signs On For The Mandalorian

The Hollywood Reporter is wasting no time finding out who is attached to Jon Favreau's new series, The Mandalorian. The most recent announcement is former MMA star turned actress Gina Carano.

The series will debut on Disneys streaming service Disney+, which is set to bow next year.

Character details are buried deep in the desert wastes of Tatooine, but the companys synopsis is thus: "After the stories of Jango and Boba Fett, another warrior emerges in the Star Wars universe. The Mandalorian is set after the fall of the Empire and before the emergence of the First Order. We follow the travails of a lone gunfighter in the outer reaches of the galaxy far from the authority of the New Republic."

Carano is the MMA star turned actress who starred in Steven Soderberghs Haywire and appeared in Fast & Furious 6 and Deadpool. She is repped by Gersh, The Syndicate and Ziffren Brittenham.