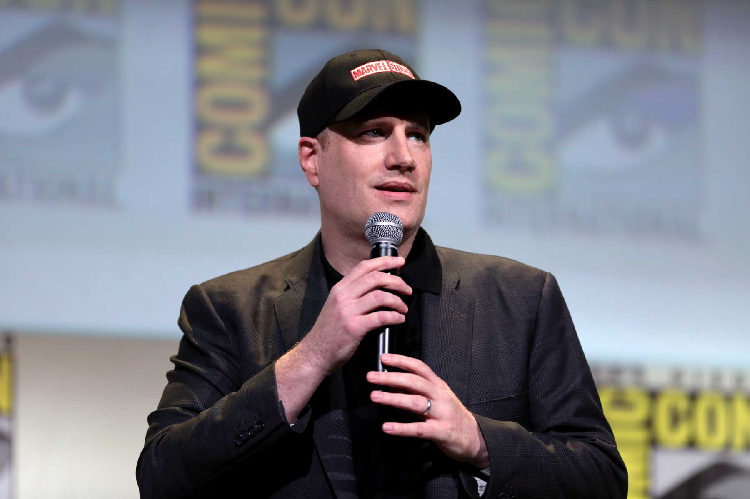 In an exclusive, Kim Masters from The Hollywood Reporter has announced that the head of Marvel Studios, Kevin Feige, is getting a crack at that familiar galaxy far, far away.

Kathleen Kennedy, who is said to be developing a wave of projects, is quietly assembling talent for future projects set in the Star Wars universe. One of those talents is fellow Disney employee Kevin Feige, who of course is the architect behind the Marvel Cinematic Universe (MCU), which is considered to be the most successful franchise of all time.

The article states that talks of him making a contribution to the Lucasfilm library of films began this past summer when he began meeting with Kennedy, Alan Horn, and Alan Bergman, the studio co-chairs. And at this point, it appears it's a single movie project, although that can obviously change quickly.

For his part, Feige is a self-admitted Star Wars fanatic and the thought of him bringing this kind of clout to a Star Wars film is exciting to be sure. There are already reports that hes even approached an actor from the MCU with a specific part in mind, although that is just pure speculation at this point.

"We are excited about the projects Kathy and the Lucasfilm team are working on, not only in terms of Star Wars but also Indiana Jones and reaching into other parts of the company including Children of Blood and Bone with Emma Watts and Fox. With the close of the Skywalker Saga, Kathy is pursuing a new era in Star Wars storytelling, and knowing what a die-hard fan Kevin is, it made sense for these two extraordinary producers to work on a Star Wars film together."

Where this particular movie will fit in amongst the upcoming mostly unclear schedule remains to be seen. To date, the current slate of Star Wars films consists of a potential trilogy by Game of Thrones creators David Benioff and D.B. Weiss due out in December 2022, and another, yet to have a start date, trilogy written by Rian Johnson.

Now, there are some raising a concern that this is the first step to replacing Kathleen Kennedy with Kevin Feige as Lucasfilm President, but any reporting on that would be purely speculative at this point. As of now, Kennedy is firmly in place and continues to make plans for the future of Lucasfilm, and any reports to the contrary would be strictly rumors at this point.

Stay tuned as I'm sure there is a lot more coming from this developing story.

For the full story at The Hollywood Reporter, click HERE!