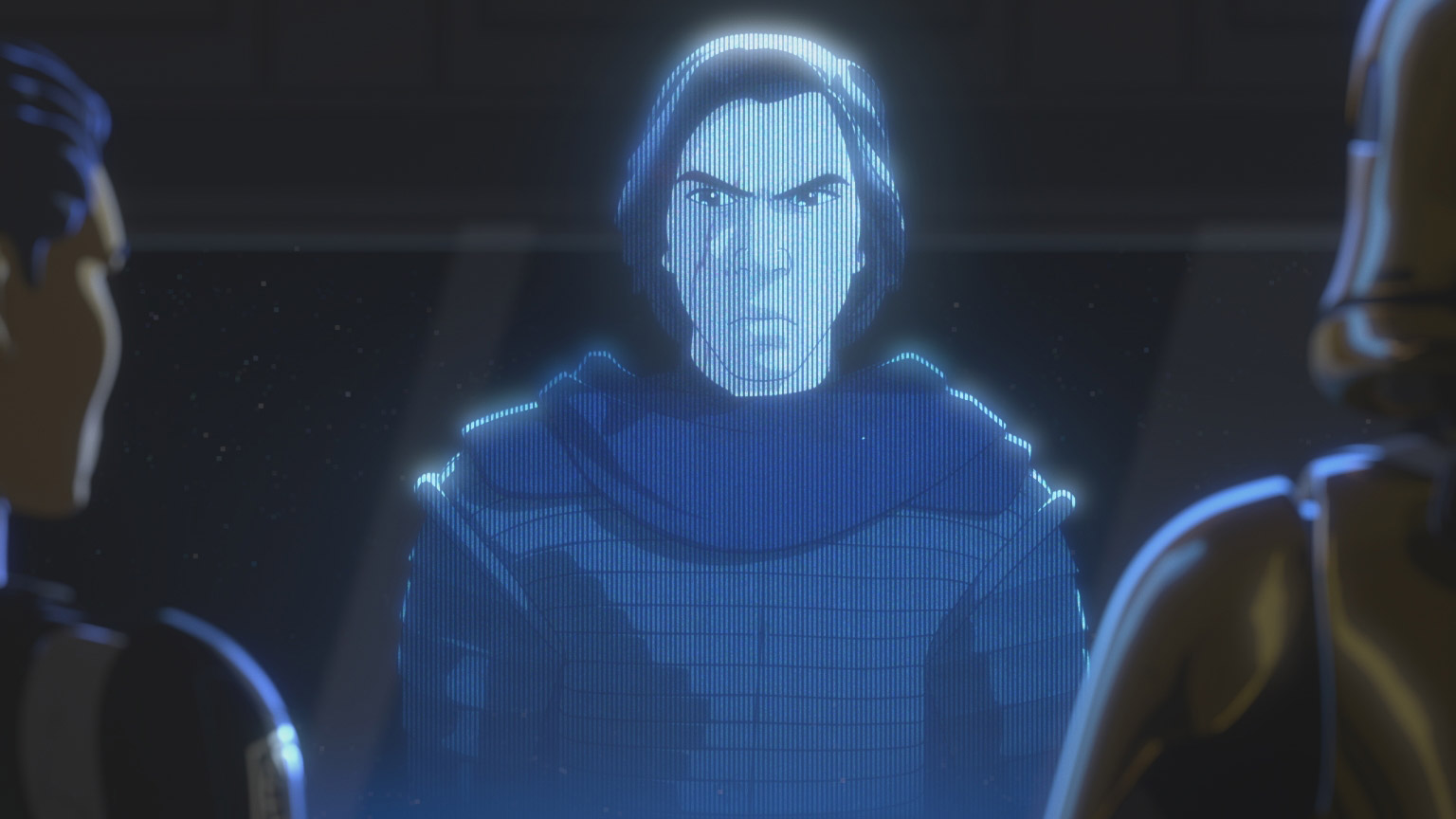 It's a case of good news/bad news as today Lucasfilm dropped the trailer for Season Two of Star Wars Resistance, but also announced that this second season would be the show's last. The recently Emmy-nominated animated series returns on the Disney Channel starting Sunday, October 6.

For those of us lucky enough to attend the Resistance panel back in April at Star Wars Celebration Chicago, we were shown the first episode of the new season. It picks up right after the finale from Season One and gives us a very clear direction of where the season is headed, especially when it comes to key characters such as Tam Ryvora, Jarek Yeager, and of course Kazuda Xiono. Now with the inclusion of First Order baddie Kylo Ren, things will only get more complicated for our ragtag group of Colossus denizens as we blast towards the events in Star Wars Episode IX: The Rise of Skywalker.

Kaz, Tam, and the rest of the crew aboard the Colossus station are making the jump to lightspeed for an epic second, and final, season of Star Wars Resistance this fall. Star Wars Resistance Season Two will premiere on Sunday, October 6, (10 p.m. EDT/PDT) on Disney Channel and DisneyNOW, with subsequent airings on Disney XD.

Set amid the events of Star Wars: The Last Jedi and before Star Wars: The Rise of Skywalker, the story picks up after a harrowing escape from the First Order, as Kazuda Xiono and the denizens of the Colossus wind up lost in space, pursued by Agent Tierny and Commander Pyre who have taken Tam Ryvora aboard their ship. In the enticing new trailer, Supreme Leader Kylo Ren himself makes an appearance, along with General Hux, Captain Phasma, and plenty of other familiar faces alongside new characters including a never-before-seen Hutt gangster. The thrilling final season promises to spotlight how even unlikely heroes can help keep the spark of hope alive in a troubled galaxy.

Check out the trailer...

Check back here for more information as it becomes available!