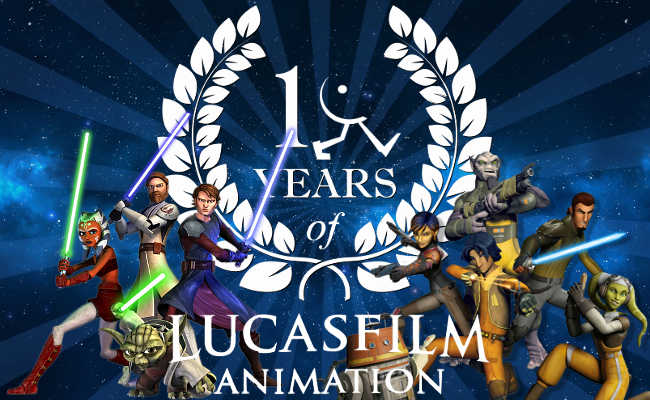 Anna Graves is an American voice actress who has been working in the video game and television industry since 2001. Shes made a career out of providing a multitude of voices in the video game industry for huge titles such as X-Men Origins: Wolverine, Call of Duty, StarCraft and World of Warcraft.

But to most Star Wars fans, they know her as the Duchess Satine Kryze, ruler of Mandalore from the Star Wars: The Clone Wars TV series. She would appear as Kryze in several episodes spanning over several seasons in one of the series most compelling and emotional story arcs. Her moments on screen with James Arnold Taylor (Obi-Wan Kenobi) and Sam Witwer (Maul) proved to be memorable and routinely rank very high on fans best of lists to this day.

Not done there, she would also voice other characters on The Clone Wars such as the Zabrak bounty hunter Sugi and the Mon Calamarian Senator, Meena Tills. She would reunite with Dave Filoni a few years later and appear on Star War Rebels as Nightsister Ghost Sabine in the Season 3 episode Visions and Voices.

With the 10 year anniversary of The Clone Wars upon us, we thought it would be fun to catch up with Anna and reminisce about some of her favorite memories.

This conversation took place days before the big announcement at San Diego Comic-Con which she was hoping to attend.

"Satine's place in the Star Wars universe definitely has strong roots in the story because of her past with Obi-Wan, but she can also stand on her own as a character so that you want to see what she'll do next. That's what drew me to her."

It was an open call audition and my agent sent me the sides for Duchess Satine and I sent them back one take, which I still have. That take got me the call back. I went into L.A. Studios, which is where we ended up recording all the episodes, and I just remember having so much fun. Susan Blu was there directing all the callbacks so I read for Satine and I felt really good about it after it was over.

While Susan had me in the room she had me take some additional sides outside to read, Take a look at these, you know, shes a young Padawan, shes fighting alongside Anakin and hes teaching her, which of course ended up being Ahsoka. So while I was there, she had me read for Ahsoka as well. I left the callback feeling really good about it (Satine) so when I got the call for the job I wasnt surprised because I felt better about the Duchess than I did Ahsoka, which of course ended up going to Ashley (Eckstein).

We recorded Voyage of Temptation first; it was supposed to be a single lone episode that introduced us to Duchess Satine. I came in to record at L.A. Studios and met Phil LaMarr (Orn Free Taa) and Greg Proops (Tal Merrik) who were already there. Everybody who I was meeting for the first time was so lovely.

It was then I met James (Arnold Taylor) and he was so excited about this episode. He was so excited for Obi-Wan to have this past relationship with a woman that was almost this forbidden and unknown romance. There were so many opened ended questions about the way they were treating each other and the way they approached each other, so his excitement was making me very excited in return.

We recorded the episode all together and the way that Dave (Filoni) works is you read the script from beginning to end. You record the scenes 2 or 3 times in a row and then you move on to the next scene. It was an incredible experience I had not had before in a studio with a director. But as far as I knew, when I left that studio that day, that was it and I was done.

On Obi-Wan and Satines prior adventures

There was a hope we would get to record that. As the characters developed, as they had more episodes together and as more was revealed about their past, yes. In reality it was more in a hopeful and joking manner, nothing concrete was ever discussed.

At the end of Voyage of Temptation when shes being held hostage she does declare her affection for him saying, Ive loved you, from the moment you came to my aid all those years ago The original line was something different but it was changed so that her feelings were clear and to add some context to their relationship 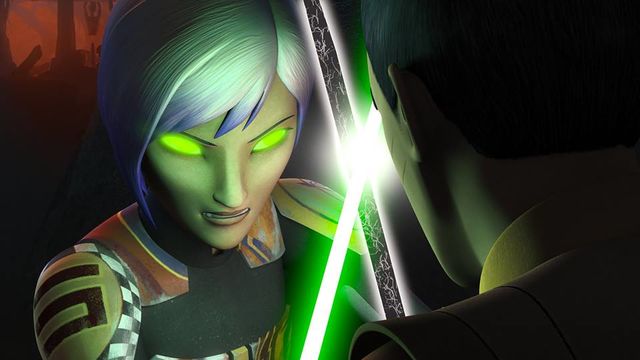 One episode turned into more

When I came in the second time I sat down with Dave and he told me that he and George (Lucas) really loved the character and they wanted to expand on it and do a three episode arc. They really wanted to explore Mandalore and give George an opportunity to get on screen all these stories about the Mandalorians he had and also further explore the relationship between the Duchess and Obi-Wan.

Lawless and the death of Satine

I was back recording other characters (Sugi/Meena Tills) and Dave, who would always talk about past episodes and stories, knew something was going to happen to Satine way ahead of time. I think there were a slew of different ideas but they had decided on her fate which when I heard made me very sad.

With Satines pacifist views it could have easily been a political assassination, but to make it a revenge story and have it be something so personal to Obi-Wan, made it that much more heart wrenching. So the day he told me in the engineering room, after a session, that Darth Maul was going to kill Satine to get back at Obi-Wan Kenobi my response was, Dave, Darth Maul is dead. He died in Episode One! His response was, Oh yeah, were going to bring him back! and I said, Just to kill me!

I believe that Darth Maul sat and cooked in his anger for so long. You almost, for his sake, hope that he gets some sort of satisfaction because there is a part of Darth Maul that makes you feel so incredibly sorry for him. You want him to make better decisions in life because the ones hes making dont satisfy him. Hes just an incredibly broken individual. The death of Satine really affected him in a profound way.

Ive told Sam (Witwer) on a number of occasions that he did an amazing job of taking an incredibly unlikable, hateful and evil character and making you feel this great sympathy for him. It was wonderful.

Coming back and playing Ghost Satine was definitely intentional because of the Mandalorian connection with Satine and Sabine. It was so much fun working with Meredith (Ghost Kanan) and we got to do a lot of screeching and screaming Getting to work with Dave (Filoni) again and be a part of Star Wars Rebels was pretty incredible.

Plus, during that recording, as I was leaving and the cast of Rebels was coming into the studio, including Sam (Witwer), he gave me a hug and apologized for killing Duchess Satine! But I dont blame him, I blame Dave!

So there you have it! Anna was extremely generous with her time and we spoke about a great many things. It's clear she has very fond memories of her time with Dave Filoni and the whole team on Clone Wars. The Duchess remains an important figure in her life and she seems eternally grateful for the opportunity.

Be sure to check out the links below for more anniversary coverage!