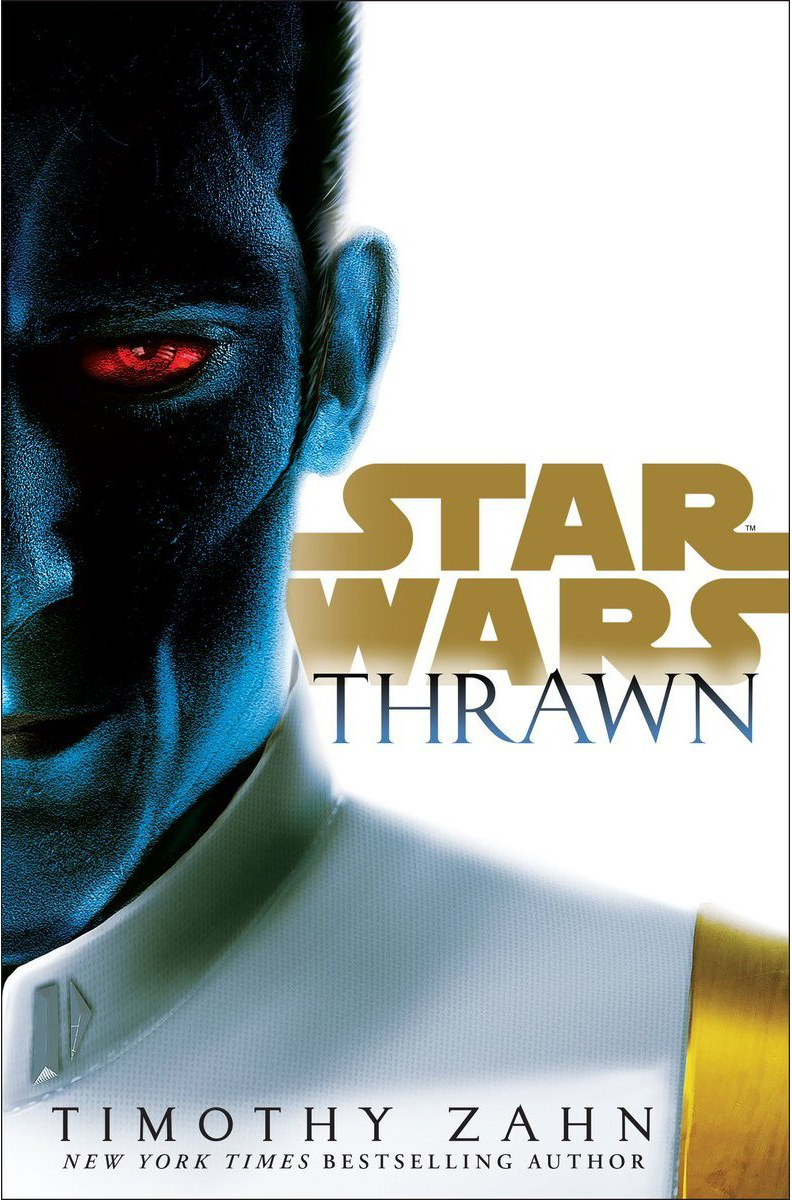 When Timothy Zahn announced via satellite at Star Wars Celebration Europe in London in July 2016 that not only had he been writing, but had in fact finished a Thrawn novel, the crowd understandably went wild.

Skip ahead nine months and following the titular character's frequent appearances in season 3 of Star Wars Rebels, the book's release had fans desperate to learn more about the charismatic Chiss and his ascendency through the ranks of Palpatine's Empire.

Beginning with Thrawn stranded on a remote world, the story continues with his first engagement with Imperial Forces and in particular, Cadet Eli Vanto. From there, Thrawn is taken to meet with Palpatine who recognizes his extraordinary qualities and sets him on his path.

Each chapter opens with italicized text to indicate Thrawn's theorizing on his philosophy, providing some insight into his strategies to outwit his opponents, and the book progresses rapidly through a number of events that typically result in promotion for the Chiss mastermind. Over time, Thrawn develops something of a fixation with Nightswan, who continually manages to elude the Imperial's efforts to bring him to justice.

Thrawn is not the only recognizable name to feature throughout the course of the book. Arihnda Pryce, who may be more familiar to fans of Star Wars Rebels as Governor Pryce of Lothal, starts out as the daughter of mine-owners on the planet, but like Thrawn, rises to a position of power, albeit through the use of more nefarious methods and naked ambition. Along the way, she encounters the likes of two familiar faces in the form of Grand Moff Tarkin and Colonel Yularen.

One of the subtle aspects of the novel is the aforementioned Vanto, who is thrust into the role of Thrawn's liaison and translator, but who ultimately acquires a degree of the Chiss' tactical acumen by virtue of shadowing him and witnessing his strategy first hand. As the story progresses, there are also several separate threads that develop, with all being brought to some form of conclusion at the end.

Zahn has delivered a fine addition to Thrawn's arc in the Star Wars timeline and fans of the Chiss will undoubtedly be thrilled to read the path he took to reach the rank of Grand Admiral.

Timothy Zahn's Thrawn from Del Rey Books is available now online and from all good bookstores, priced $28.99 in the US and $36.99 in Canada.