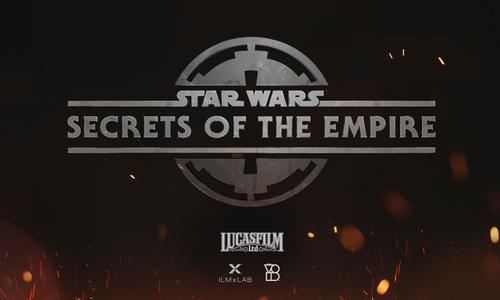 Over the Christmas break, I had an opportunity to check out the new Star Wars: Secrets of the Empire  The VOID and ILMxLAB  Hyper-Reality Experience. The building it's housed in what used to be the Star Wars portion of the Once Upon a Toy store which has now been transformed into The VOID at Disney Springs in Orlando, FL. From the outside, you'd never know what goes on inside. Other than the entrance, everything is very dark, so we apologize for the grainy photos that follow.

The experience is $29.95 per person and by reservation only which you can do at AtomTickets.com selecting both the day and time that you'd like to go. It's important to note that participants must be at least 10 years old and a minimum of 48" tall. 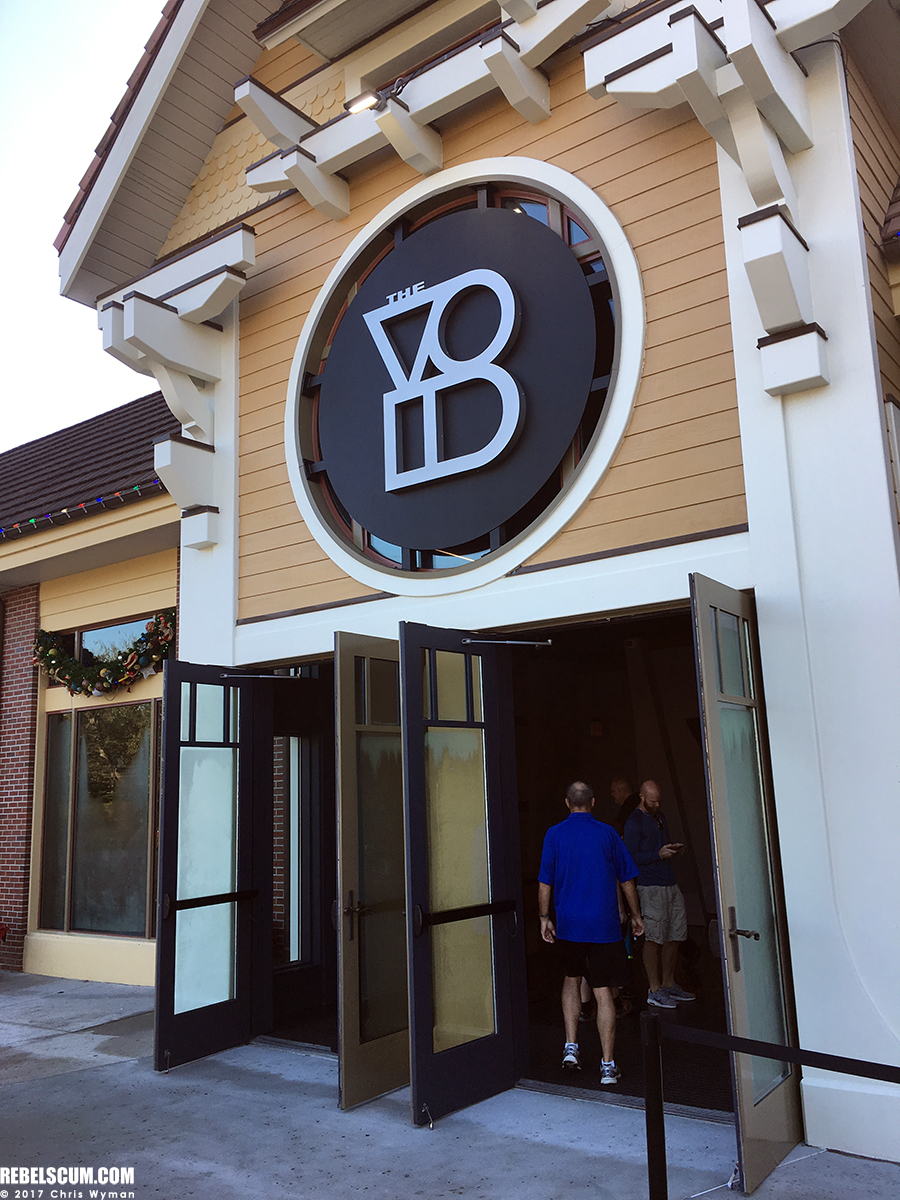 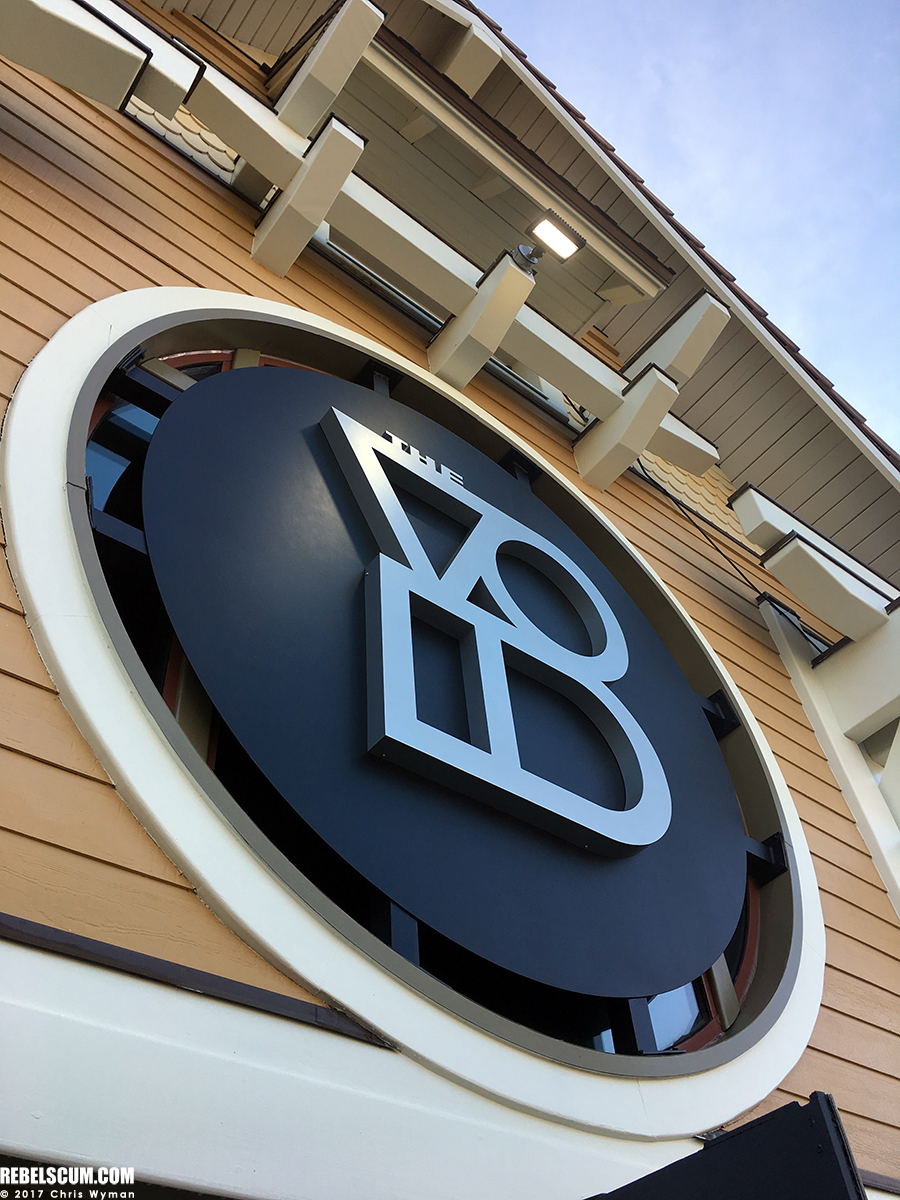 Once inside, you'll be required to fill out some information on a tablet including the signing of a liability wavier. Upon completion, your wristband will print out with instructions on how to put it on your arm. 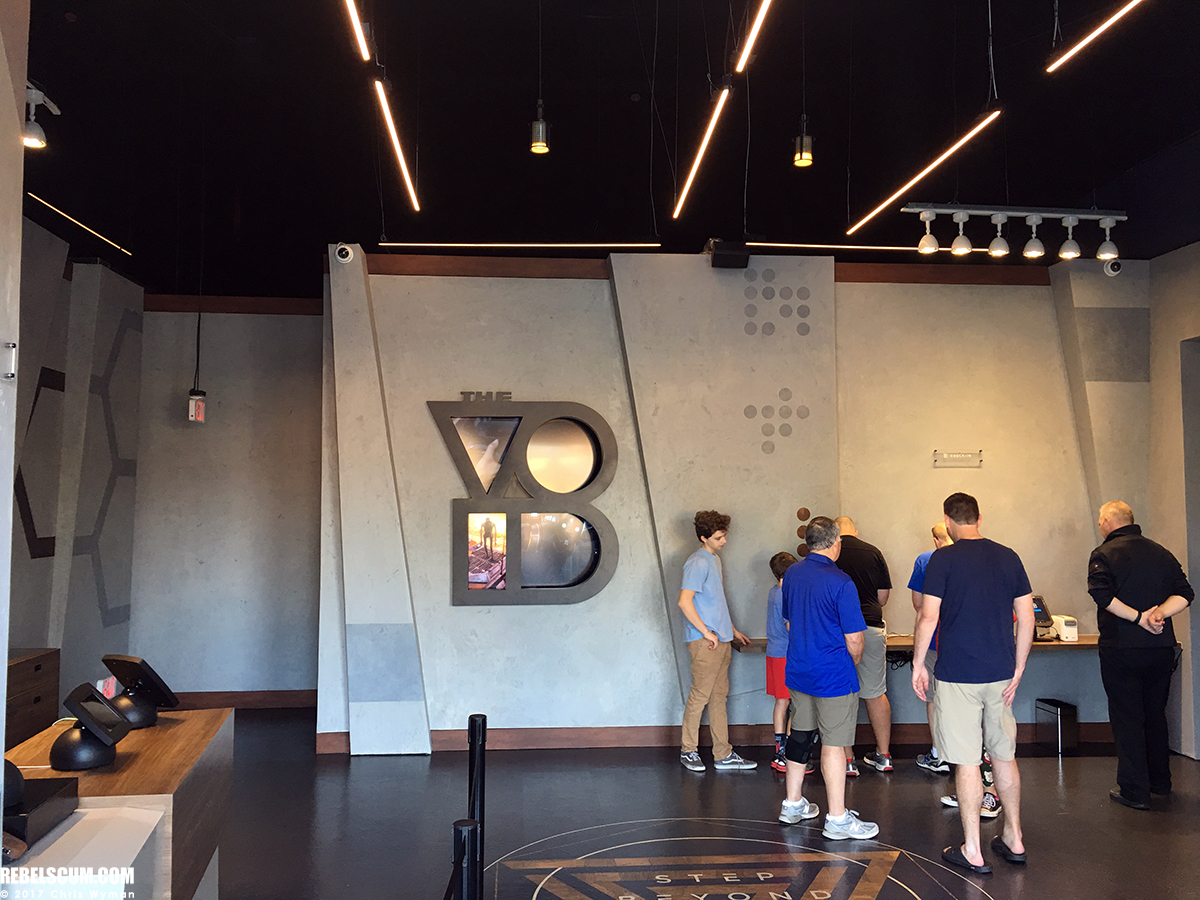 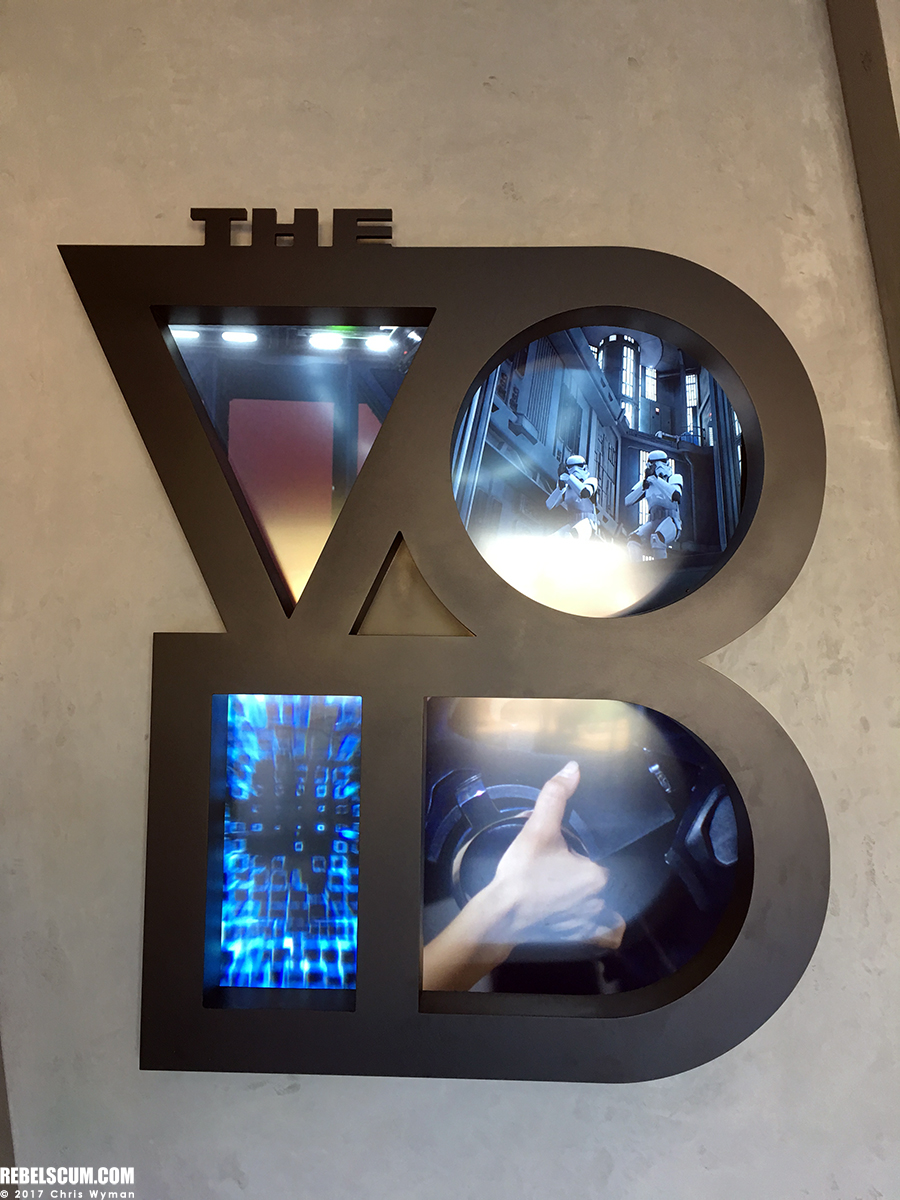 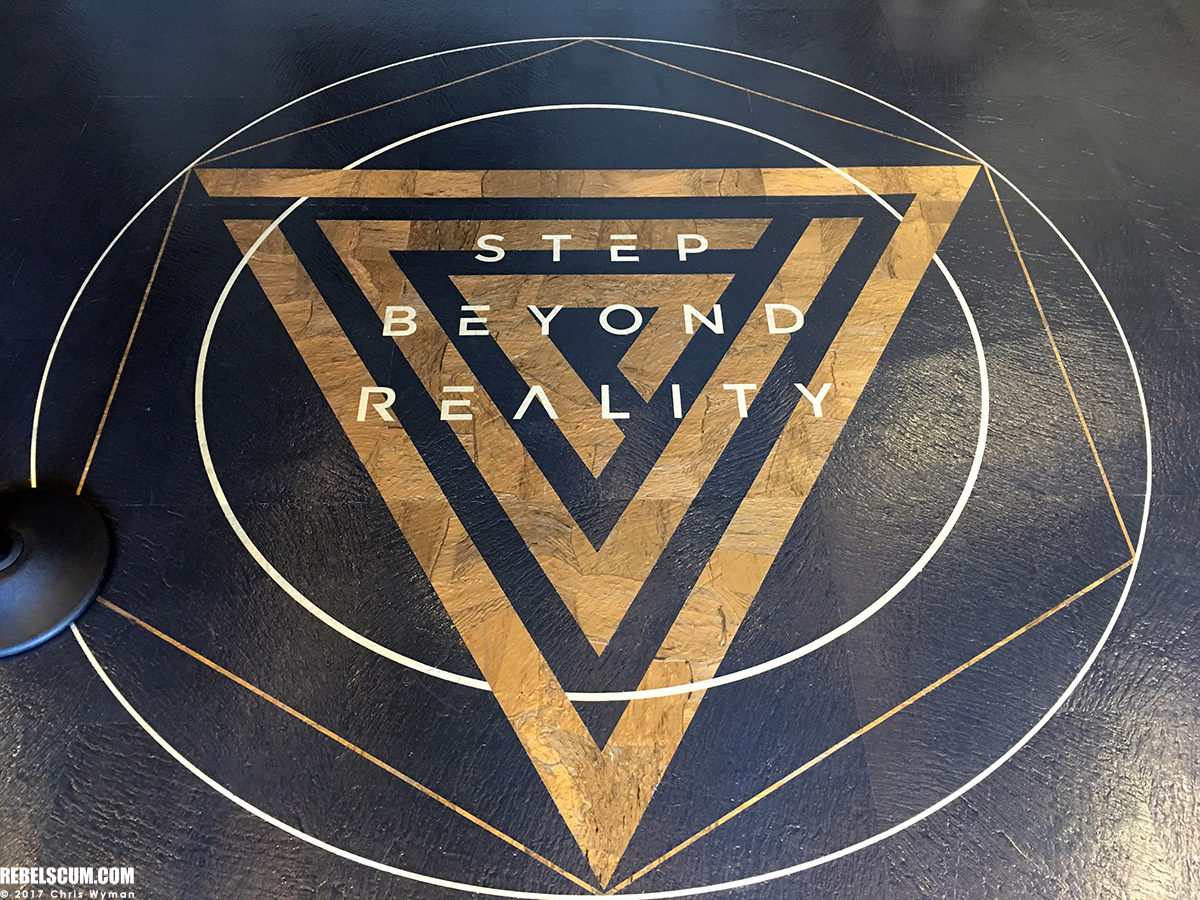 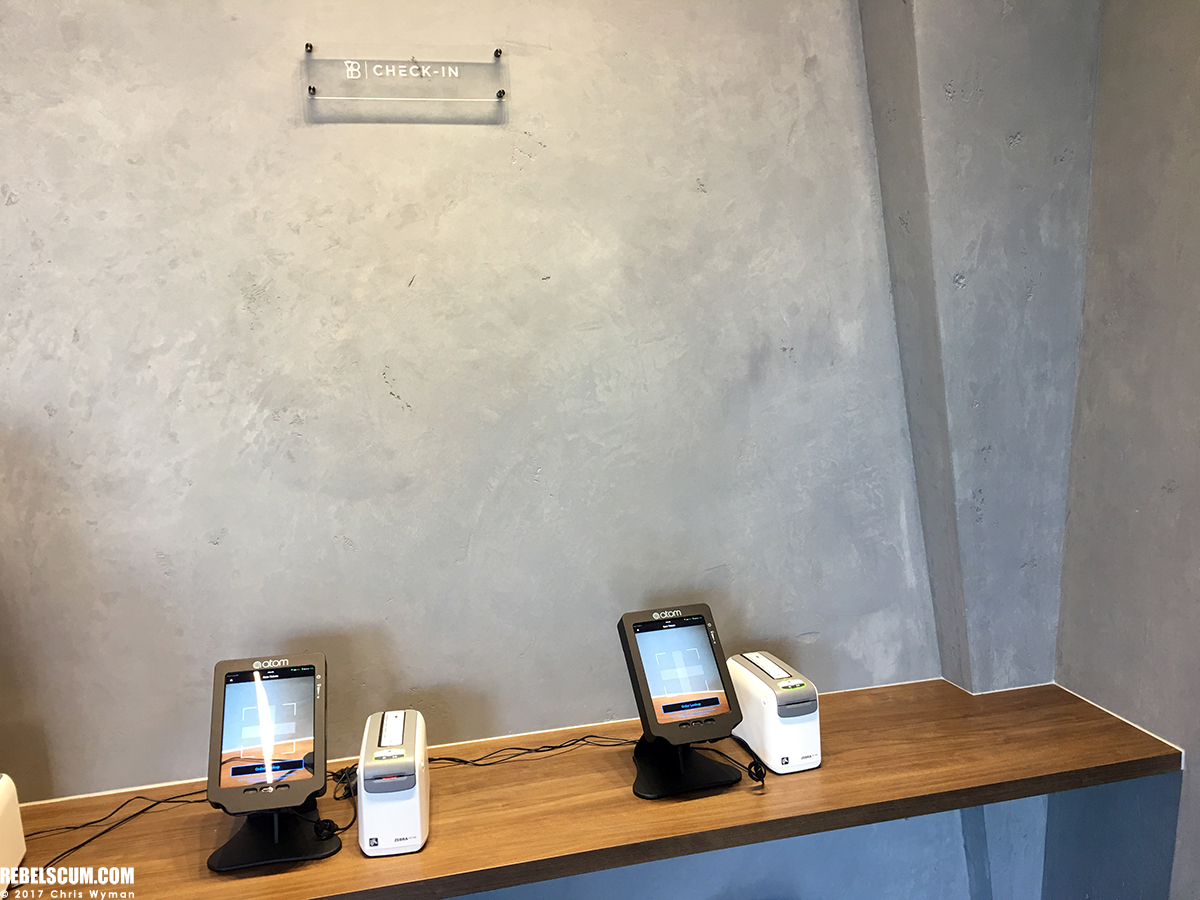 One of the employees will direct you through the Portal Access which leads to the Staging Area. Here you will choose your pauldron color which will help you differentiate each other once on the mission which can be up to 4 people, though I experienced this with just 2. 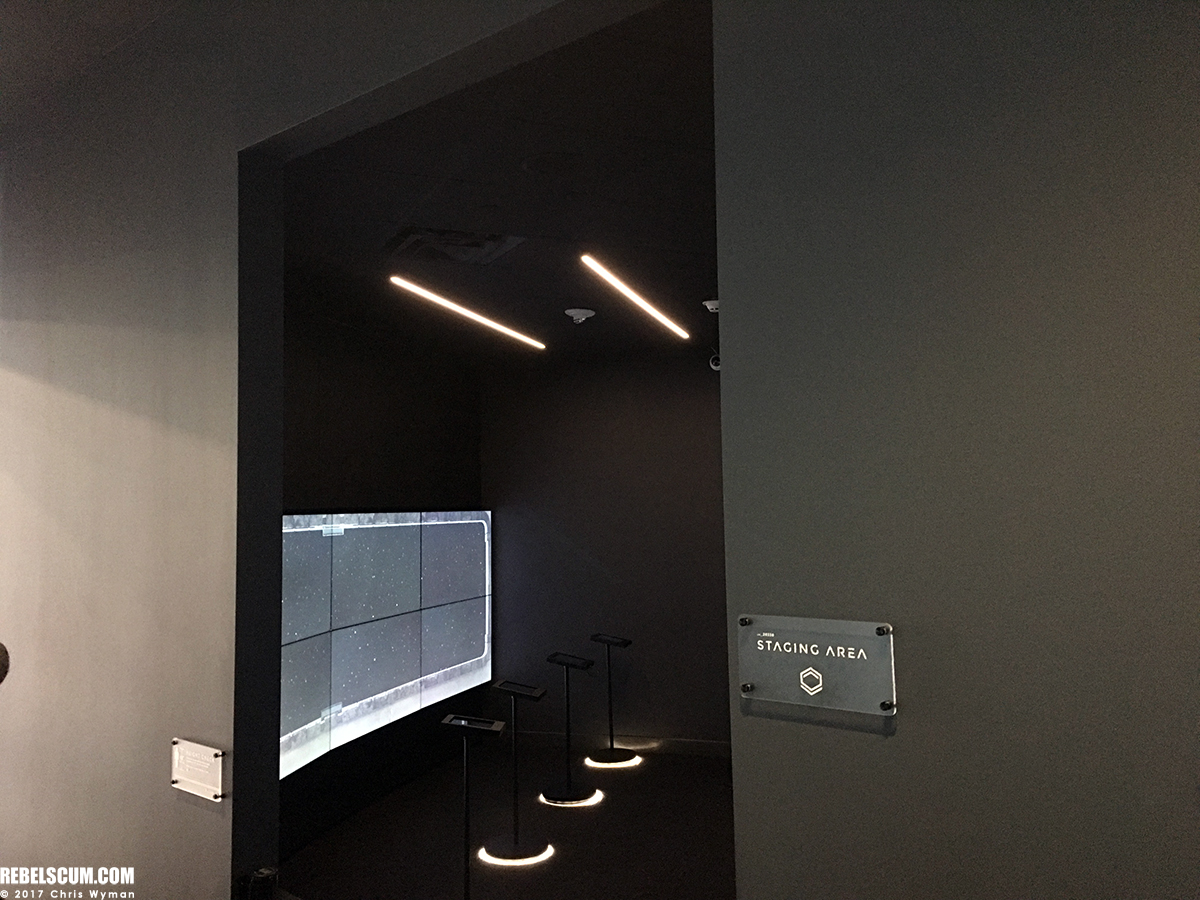 Cassian Andor comes on screen with a series of instructions all while letting you know that he won't be able to join the party, but K-2SO will be there to guide you. Your mission briefing is short and to the point: Under the orders of the budding rebellion, your team will travel to the molten planet of Mustafar. Your mission is to recover Imperial intelligence vital to the rebellions survival. Alongside the pragmatic droid K-2S0, your team must navigate through an enemy facility walking into danger at every turn. Disguised as stormtroopers, grab your blaster, solve puzzles, and fight giant lava monsters in an effort to fulfill your team's orders. 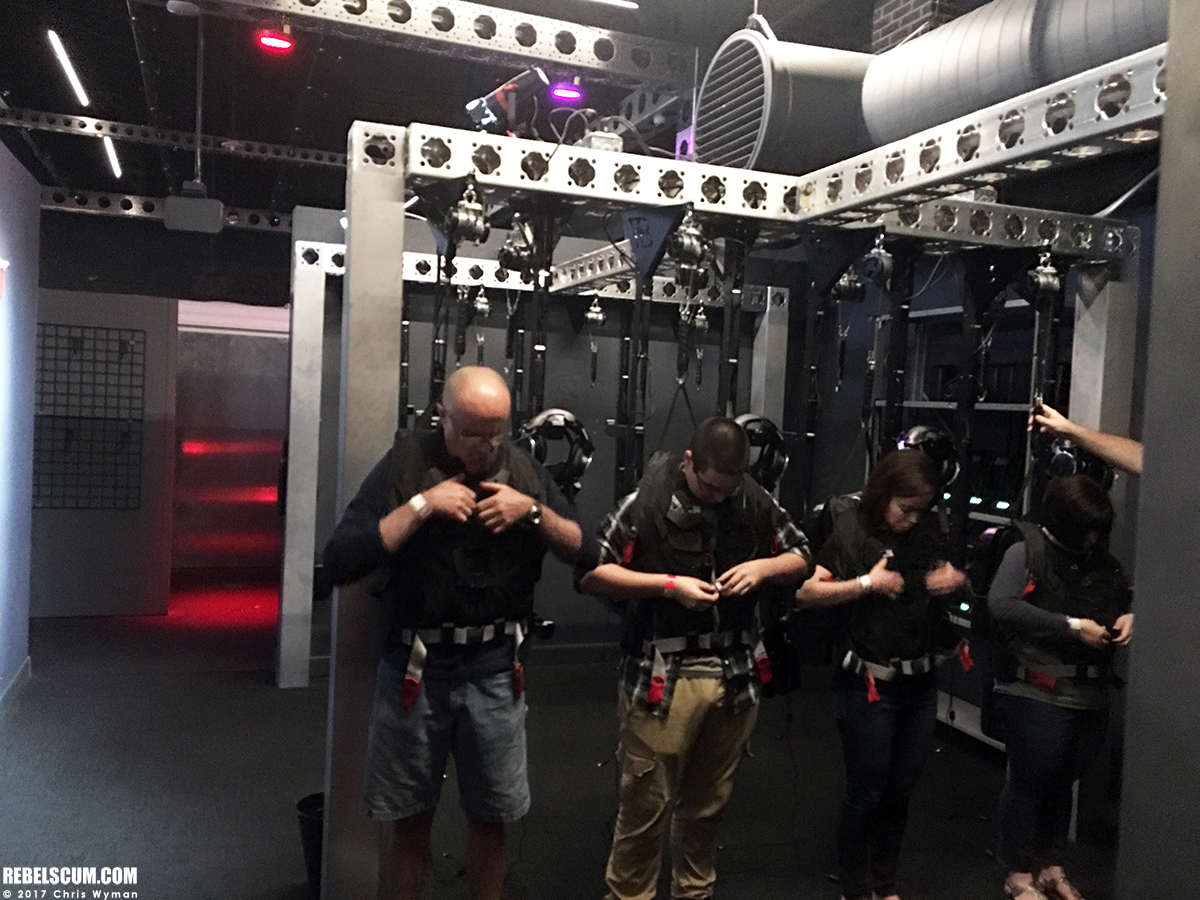 You are directed out of the Staging Area to a very dark hallway that leads to the load out room where you get your head gear and vest. These pieces of equipment have some decent weight to them, so just be prepared for that. The clips and straps used to secure them to your body are pretty straight forward, much like putting on a climbing backpack and a bicycle helmet.

Visors now down, your are literally in another reality! What happens next is incredible. With surround sound coming from your head gear, the temperature changing, new smells appearing, another world being displayed in front of you and only your own two feet to push yourself forward, the mission is on. You're on the shuttle, you land on the lava planet and the action begins immediately. What I'm not going to do is tell you exactly how the story goes and who you may run into along the way, but I'll say that you do pick up a blaster to defend yourself, you have to pull switches, press buttons, run through doorways, duck out of the way of incoming blaster fire, work as a team and try not to enjoy yourself so much that you forget that the Rebellion is counting on you! 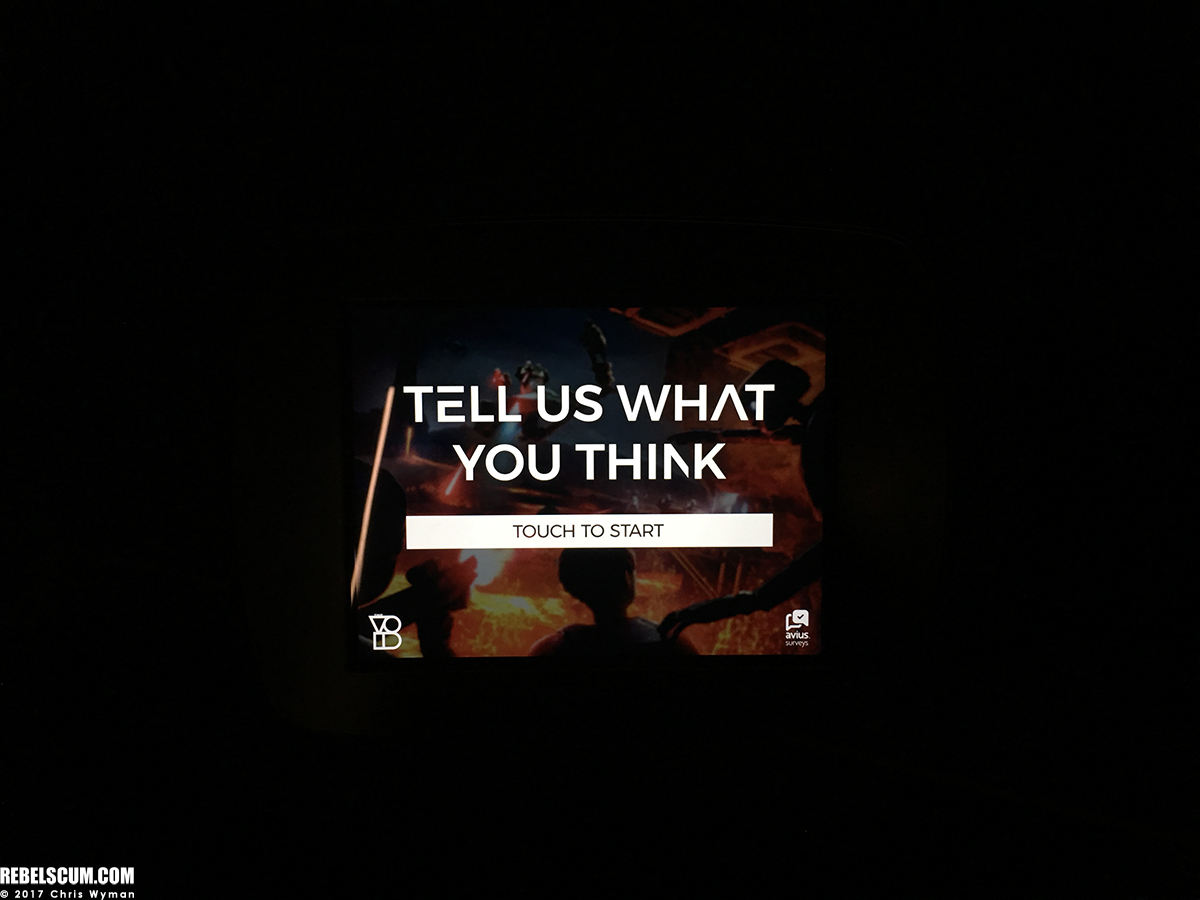 There are a few tablets on your way out that allow you to leave feedback. I personally give this entire experience two thumbs up. It was incredibly fun and absolutely something that I'll go back and do more than once. The entire experience from the time you sign in to when you walk out is about 25 minutes, though it seems much quicker. For those that are prone to motion sickness, just remember...you are the one moving yourself through the rooms even though it can seem like you're not.

I did talk to one of the employees after I finished my mission to find out that they will be offering an opportunity for recruits to have their photo taken with the gear on that you can download on the way out as well, though that was still in the test phase. He also confirmed that they were only contracted with Disney to offer the Star Wars branded experience at this time. The company does have a Ghostbusters themed experience being offered in both New York and Canada as well and of course, the Star Wars: Secrets of the Empire experience can also be found at The VOID at Downtown Disney District in Anaheim, CA & The VOID at Westfield London in London, UK.

So there you have it...a nice spoilerless review of what you can look forward to. Now, stop what you're doing and go book a reservation at the closest location because...Cassian said you had to.