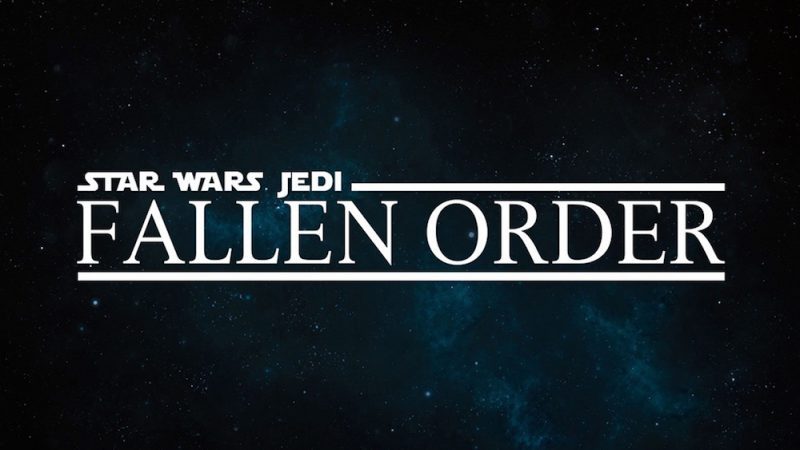 Star Wars Jedi: Fallen Order will finally be unveiled during a panel on Saturday April 13th from 1:30PM  2:30PM at the Celebration Stage. Details below.

Celebration Stage
1:30PM  2:30PM The Galaxy-Wide Premiere of Star Wars Jedi: Fallen Order
Join the head of Respawn Entertainment, Vince Zampella, and Game Director, Stig Asmussen, along with many special guests, to be the first to learn about this holidays highly anticipated action adventure game, Star Wars Jedi: Fallen Order. Hear how Respawn and Lucasfilm collaborated on this original Star Wars story, following a young Padawans journey in the Dark Times following Order 66. And of course, well have a few surprises in store.

We dont know a lot about Fallen Order just yet so expect the panel to be a content heavy affair, complete with a teaser/trailer of some kind. Vince Zampella announced back at E3 2018 that the single-player game will take place after the events in Revenge of the Sith and will focus on one of the few Padawans that managed to survive Emperor Palpatine's deadly Order 66.

With a rumored release of November of this year we just recently learned that Chris Avellone, who wrote Star Wars: Knights of The Old Republic 2 - The Sith Lords, revealed that he has done some work on Jedi Fallen Order. To what extent we just don't know, but anytime someone from the Old Republic games is involved, it can only mean good things are coming.

"From Respawn comes a brand-new action adventure game which tells an original Star Wars story around a surviving Padawan set shortly after the events of Star Wars: Episode III - Revenge of the Sith."