The Fate Of Rowan Freemaker 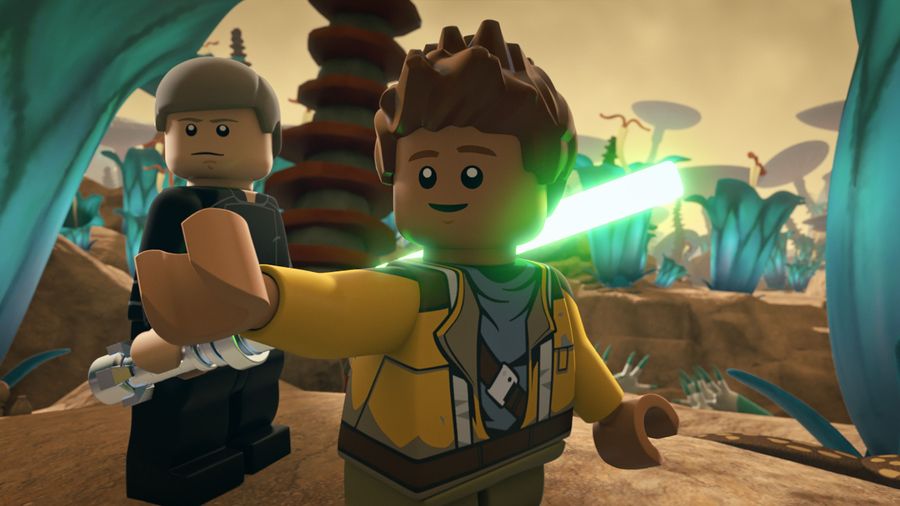 One of the big questions after Star Wars: The Freemaker Adventures and LEGO All-Stars ended was, what ever happened to Rowan Freemaker? When we last saw him he had revealed his Force powers to Luke Skywalker and then fought in the Battle of Jakku, but after that?

Well, at long last, I present to you the fate of Rowan Freemaker from Star Wars: The Freemaker Adventures, as told by one of the Executive Producers/Creators of the show, Bob Roth.

This story was told during the LEGO Star Wars Animation panel at Star Wars Celebration Chicago this past April and I hope you enjoy it!

Rowan is aliveand Ill tell you where he is.

At the end of Return of the Return of the Jedi he showed Luke his Force powers and Luke said to him, Thats amazing. But I became a Jedi ten minutes ago, Im not ready to become a Jedi Master just yet. But when I am, Ill call you.

So, Rowan was a little disappointed by that, but he went home. And he, his brother and sister went around the galaxy, doing everything they could to mop up the Empire. They even fought at the Battle of Jakku.

And it was around the time Luke was ready to start training Padawan's, he reached out to Rowan, but Rowan realized thats not where his destiny was.

He felt a calling from Force, he didnt know where it was coming from, but he knew it wasnt at Lukes academy.

And he knew he had to go on this journey alone. Roger wanted to come with him of course, but he looked at his brand-new sister-in-law and felt a life growing inside of her and said, she is going to need a best friend, a protector, a former battle-droid to take care of her. So, Roger, you will have to stay here, I have to do this alone.

He didnt know where he was going when he left to lightspeed, but when he came out, he knew exactly where he was.
He landed on Aliston Nor, the long-lost city of the Jedi, which was in ruins as you remember.

And he spent the rest of his days rebuilding that city, knowing that at some point, somebody, is going to defeat all the evil in the galaxy and the Jedi will rise again.

They will need Aliston Nor when they do. A place where the Force was used not for battle, but for art, for creating, a place for building.

And thats where Rowan spent the rest of his days.