Star Wars: The Princess And The Scoundrel Book Announced 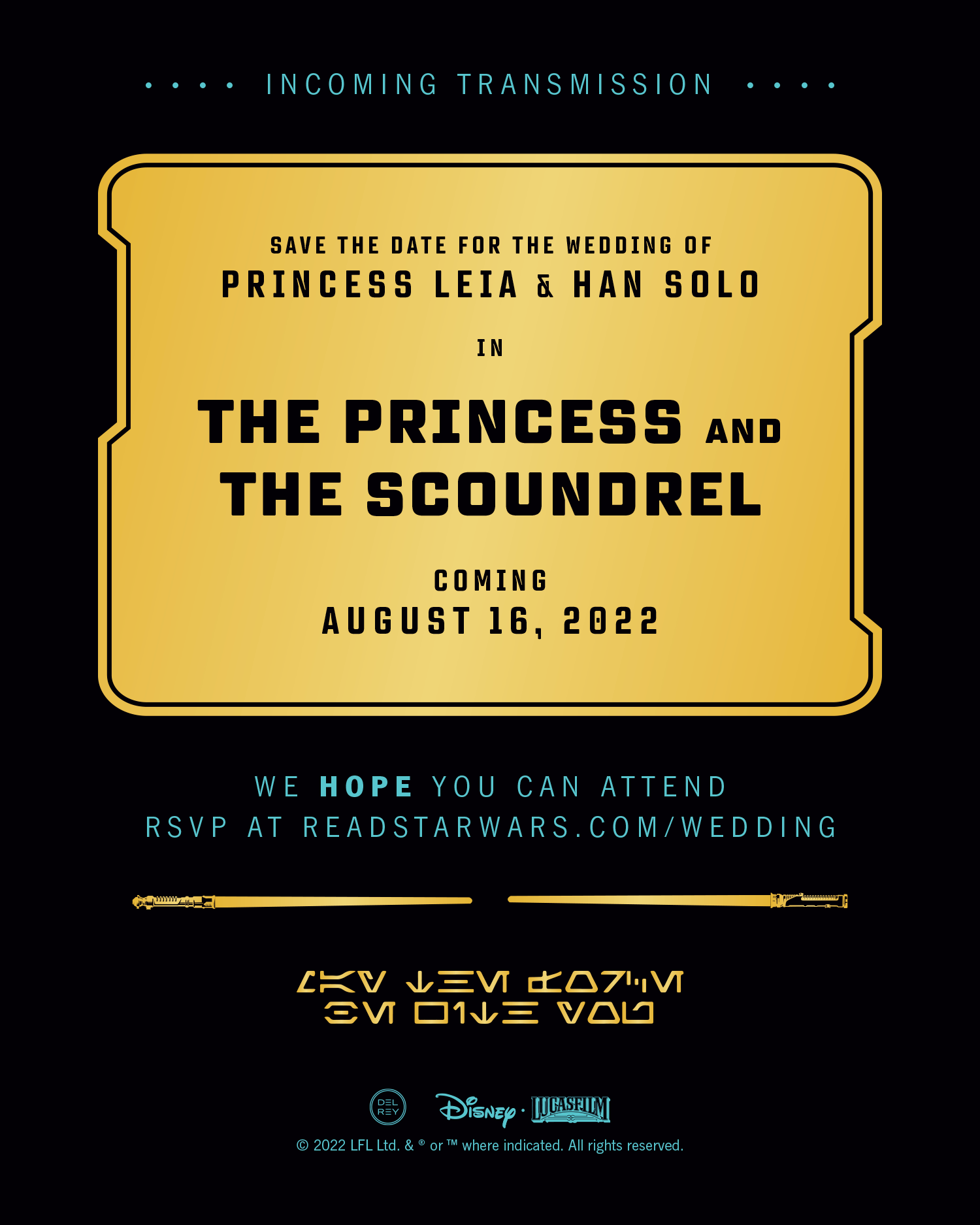 THE PRINCESS AND THE SCOUNDREL
Ballantine

You are cordially invited to the wedding of Princess Leia Organa and Han Solo.

The Death Star is destroyed. Darth Vader is dead. The Empire is desolated. But on the forest moon of Endor, amongst the chaos of a changing galaxy, time stands still for a princess and her scoundrel.

After being frozen in carbonite, then risking everything for the Rebellion, Han is eager to stop living his life for other people. He and Leia have earned their future together, a thousand times over. And when he proposes to Leia, its the first time in a long time hes had a good feeling about this. For Leia, a lifetime of fighting doesnt truly seem over. There is work still to do, penance to pay for the dark secret she now knows runs through her veins. Her brother, Luke, is offering her that chanceone that comes with family and the promise of the Force. But when Han asks her to marry him, Leia finds her answer immediately on her lips . . . Yes.

But happily ever after doesnt come easily. As soon as Han and Leia depart their idyllic ceremony on Endor for their honeymoon, they find themselves on the grandest and most glamorous stage of all: the Halcyon, a luxury vessel on a very public journey to the most wondrous worlds in the galaxy. Their marriage, and the peace and prosperity it represents, is a lightning rod for everyone in the galaxyincluding Imperial remnants still clinging to power.

Facing their most desperate hour, the soldiers of the Empire have dispersed across the galaxy, retrenching on isolated worlds vulnerable to their influence. As the Halcyon travels from world to world, one thing becomes abundantly clear: The war is not over. But as danger draws closer, Han and Leia find that they fight their best battles not alone but as husband and wife.

ABOUT THE AUTHOR
Beth Revis is a New York Times bestselling author with books available in more than twenty languages. Beth writes science fiction, fantasy, and contemporary novels, including Across the Universe, Star Wars: Rebel Rising, Give the Dark My Love, and A World Without You. A native of North Carolina, Beth lives in rural North Carolina with her son and husband.