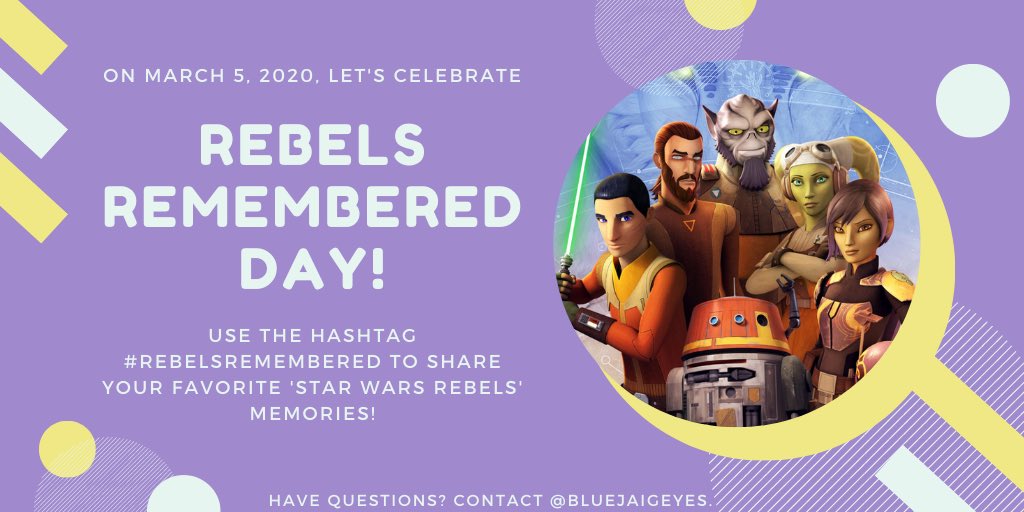 Star Wars Rebels ended it's short four-year run on March 5th, 2018, but that hasn't stopped fans from celebrating the groundbreaking show every chance they get on social media and fan sites everywhere!

The animated series from Dave Filoni gave us many incredible and unforgettable moments, expanding our knowledge of the Star Wars universe both physically and philosophically. And not only did it see the return of fan favorite's Ahsoka Tano and Grand Admiral Thrawn, but gave us some now legendary new characters in Hera Syndulla, Kanan Jarrus, and Ezra Bridger to name a few.

Using an old-school aesthetic, much of the series' look and feel was based off the Ralph McQuarrie paintings that inspired the original trilogy all those years ago. Many were shocked when it was announced that the series was ending after only four seasons, but thanks to a passionate fan base and Disney+, the series has only gained in popularity.

So each year, on March 5th, fans of the show come together online to share their favorite memories from the series in what's been dubbed, "Rebels Remembered" Spearheaded by Star Wars super fan Johnamarie Macias (Wookiee Gunner), this annual remembrance has become a day of coming together and celebrating the best parts of Star Wars fandom!