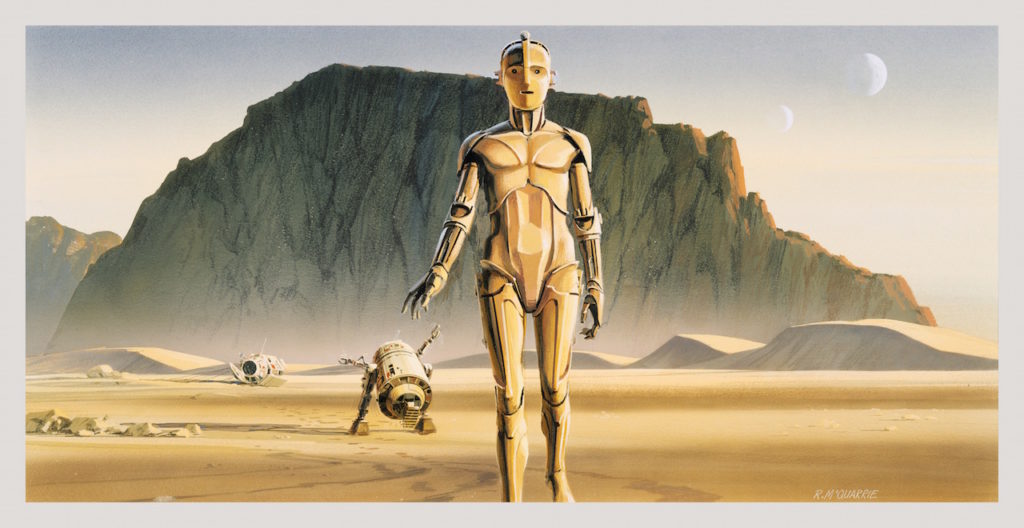 The history of getting the first Star Wars film made is well covered territory. Most of us know the story of how George Lucas initially struggled to get studios, including Disney, to buy into the concept. It wasnt until Alan Ladd Jr. and 20th Century Fox came along that Lucas was able to convince someone to take a chance on a mostly unknown filmmaker and a risky space opera.

Initially, even though Ladd and the others had a script in hand, they struggled with the technical side of Star Wars. They found it hard to envision many of the strange new characters and ideas never seen or done before in film. To help them visualize the movie, specifically the characters, costumes and scenery, Lucas hired former Boeing artist Ralph McQuarrie to paint a series of pre-production images of scenes from an early draft of the script.

He would use McQuarries paintings, along with his script, to sell his idea to Ladd and the rest of the 20th Century Fox executives. These early pieces of art would be credited with getting the film financed and would not only set the visual tone for the original film and series, but the entire franchise over the next 40 years.

Droids in the Desert was the first painting completed for Lucas and depicts two of the franchises most iconic stars, droids C-3PO and R2-D2. The two droids are seen standing in what would become the Jundland Wastes on the planet Tatooine with their downed escape pod behind them. While both characters would undergo some changes to their initial design, certain aspects are still there, including Threepio's anthropomorphous golden shape and Artoos retractable third leg and domed head. Actually, it was Anthony Daniels who famously said he took the part after seeing the painting, being struck by the vulnerability of the robots face

Even the entire look of one of the most recent pieces of Star Wars content, Star Wars Rebels, was based on McQuarries early paintings. His influence on the franchise and other genre films since cannot be understated, and it all started with "Droids in the Desert"

To see this and all of Ralph McQuarries other great pieces of Star Wars art, go to www.ralphmcquarrie.com. 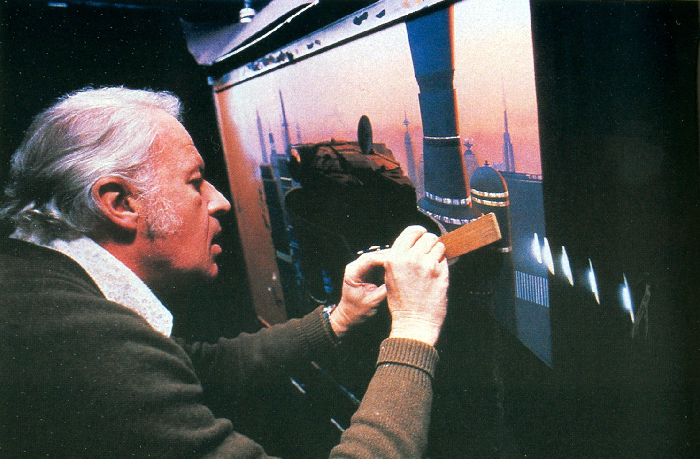