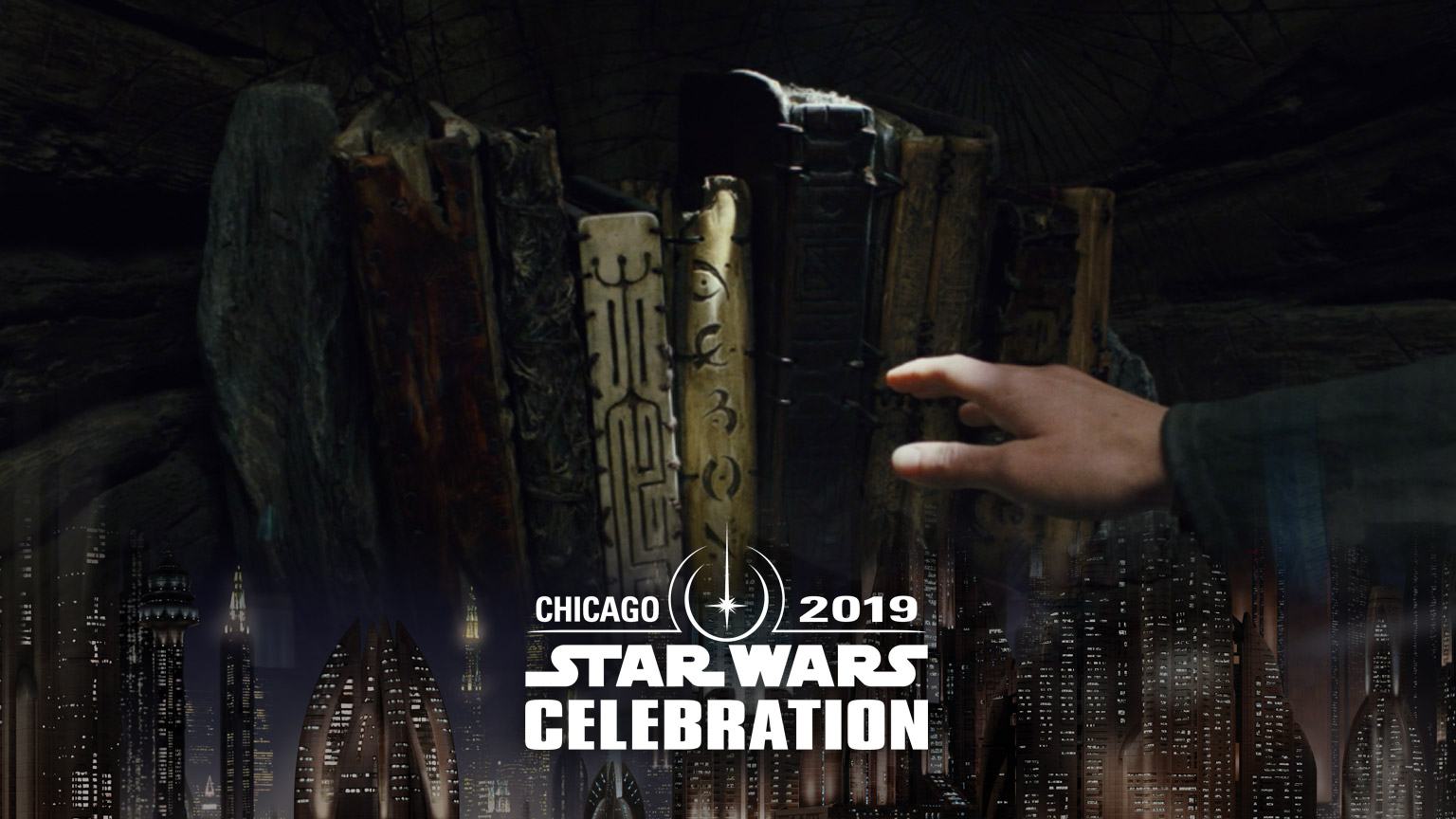 With E.K. Johnstons Queens Shadow in bookstores now, there are four huge Star Wars novels still to come this year, and lucky for us all four authors will be present and accounted for in Chicago for Star Wars Celebration!

Alexander Freed (Alphabet Squadron), Claudia Gray (Master and Apprentice), Delilah S. Dawson (Galaxys Edge: Black Spire) and Timothy Zahn (Thrawn: Treason) will not only be a part of Del Reys Behind the Scenes panel on Saturday April 13th at 12:45 PM but will also be guests at Lucasfilms Publishing panels happening all weekend long.

Whats most exciting, is that youll be able to see each one individually during the Star Wars Author Track series where the authors will have the stage all to themselves! 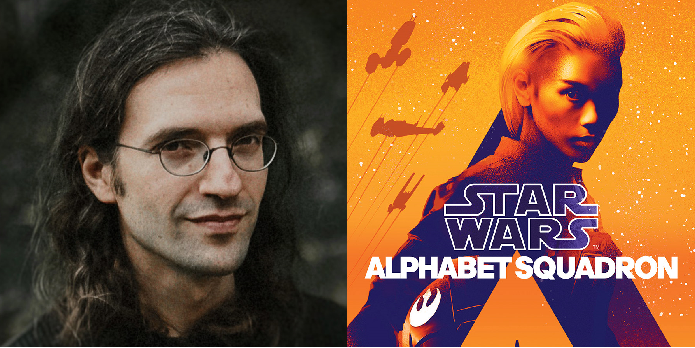 The Emperor is dead. His final weapon has been destroyed. The Imperial Army is in disarray. In the aftermath, Yrica Quell is just one of thousands of defectors from her former cause living in a deserters' shantytownuntil she is selected to join Alphabet Squadron.

Cobbled together from an eclectic assortment of pilots and starfighters, the five members of Alphabet are tasked by New Republic general Hera Syndulla herself. Like Yrica, each is a talented pilot struggling to find their place in a changing galaxy. Their mission: to track down and destroy the mysterious Shadow Wing, a lethal force of TIE fighters exacting bloody, reckless vengeance in the twilight of their reign.

The newly formed unit embodies the heart and soul of the Rebellion: ragtag, resourceful, scrappy, and emboldened by their most audacious victory in decades. But going from underdog rebels to celebrated heroes isn't as easy as it seems, and their inner demons threaten them as much as their enemies among the stars. The wayward warriors of Alphabet Squad will have to learn to fly together if they want to protect the new era of peace they've fought so hard to achieve. 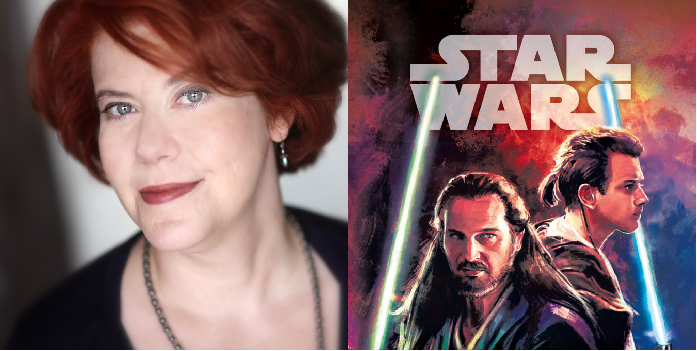 An unexpected offer threatens the bond between Qui-Gon Jinn and Obi-Wan Kenobi as the two Jedi navigate a dangerous new planet and an uncertain future.

A Jedi must be a fearless warrior, a guardian of justice, and a scholar in the ways of the Force. But perhaps a Jedi's most essential duty is to pass on what they have learned. Master Yoda trained Dooku; Dooku trained Qui-Gon Jinn; and now Qui-Gon has a Padawan of his own. But while Qui-Gon has faced all manner of threats and danger as a Jedi, nothing has ever scared him like the thought of failing his apprentice.

Obi-Wan Kenobi has deep respect for his Master, but struggles to understand him. Why must Qui-Gon so often disregard the laws that bind the Jedi? Why is Qui-Gon drawn to ancient Jedi prophecies instead of more practical concerns? And why wasn't Obi-Wan told that Qui-Gon is considering an invitation to join the Jedi Councilknowing it would mean the end of their partnership? The simple answer scares him: Obi-Wan has failed his Master.

When Jedi Rael Averross, another former student of Dooku, requests their assistance with a political dispute, Jinn and Kenobi travel to the royal court of Pijal for what may be their final mission together. What should be a simple assignment quickly becomes clouded by deceit, and by visions of violent disaster that take hold in Qui-Gon's mind. As Qui-Gon's faith in prophecy grows, Obi-Wan's faith in him is testedjust as a threat surfaces that will demand that Master and apprentice come together as never before, or be divided forever.

After devastating losses at the hands of the First Order, General Leia Organa has dispatched her agents across the galaxy in search of allies, sanctuary, and firepowerand her top spy, Vi Moradi, may have just found all three, on a secluded world at the galaxy's edge.

A planet of lush forests, precarious mountains, and towering, petrified trees, Batuu is on the furthest possible frontier of the galactic map, the last settled world before the mysterious expanse of Wild Space. The rogues, smugglers, and adventurers who eke out a living on the largest settlement on the planet, Black Spire Outpost, are here to avoid prying eyes and unnecessary complications. Vi, a Resistance spy on the run from the First Order, is hardly a welcome guest. And when a shuttle full of stormtroopers lands in her wake, determined to root her out, she has no idea where to find help.

To survive, Vi will have to seek out the good-hearted heroes hiding in a world that redefines scum and villainy. With the help of a traitorous trooper and her acerbic droid, she begins to gather a colorful band of outcasts and misfits, and embarks on a mission to spark the fire of resistance on Batuubefore the First Order snuffs it out entirely.

"If I were to serve the Empire, you would command my allegiance."

Such was the promise Grand Admiral Thrawn made to Emperor Palpatine at their first meeting. Since then, Thrawn has been one of the Empire's most effective instruments, pursuing its enemies to the very edges of the known galaxy. But as keen a weapon as Thrawn has become, the Emperor dreams of something far more destructive.

Now, as Thrawn's TIE defender program is halted in favor of Director Krennic's secret Death Star project, he realizes that the balance of power in the Empire is measured by more than just military acumen or tactical efficiency. Even the greatest intellect can hardly compete with the power to annihilate entire planets.

As Thrawn works to secure his place in the Imperial hierarchy, his former protégé Eli Vanto returns with a dire warning about Thrawn's homeworld. Thrawn's mastery of strategy must guide him through an impossible choice: duty to the Chiss Ascendancy, or fealty to the Empire he has sworn to serve. Even if the right choice means committing treason.

For information on this series and all the other things happening that weekend, head to www.starwarscelebration.com for most up-to-date details!