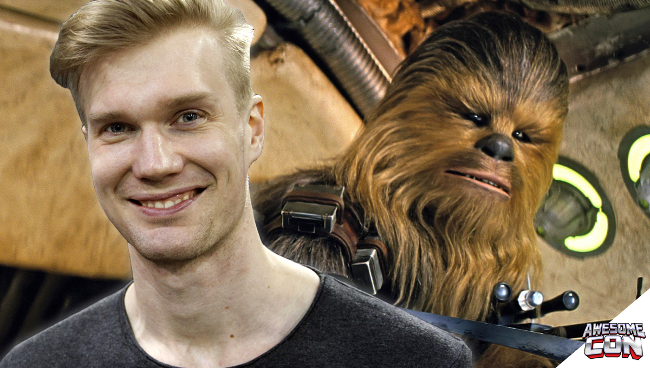 Joonas Suotamo will be attending Awesome Con on Friday, Saturday, and Sunday.

As a youth, Suotamo performed roles as a stage actor. He attended Pennsylvania State University (PSU) and played the power forward and center positions for the Penn State Nittany Lions, and played professionally in Europe for the Espoo team from 2011-2015.

With childhood interests in music, arts, and movies he studied film and video at PSU. He was a strong academic performer at Penn State, where he was twice named to the Academic All-Big Ten team, and graduated in 3.5 years with a Bachelor of Arts degree in December 2008 in order to fulfill his Finnish conscription service and to pursue a career in film. Suotamo is an actor and musician but his height limits available acting roles so hes also concentrating on directing. He has also sold insurance