It's Time For An Alien Lead In Star Wars

Forget a Boba Fett film or Solo sequels. And as much as Id like to see a Kenobi film, lets even hold off on that one. Its time; past time really, for another Star Wars animated feature or an alien led live action film.

I say another because The Clone Wars TV series was originally launched as a film in August of 2008. Essentially it was a few episodes strung together but it was marketed and released as a feature film. It would stay in theaters for 13 weeks (91 days) and amass a total of $68,282,844 million at the box office on an $8.5 million budget. Not too shabby considering it was up against The Dark Knight, and we all know how well that did. Critics werent enthralled by it but it launched, successfully, The Clone Wars TV series which became very popular amongst Star Wars fans and produced 129 episodes. 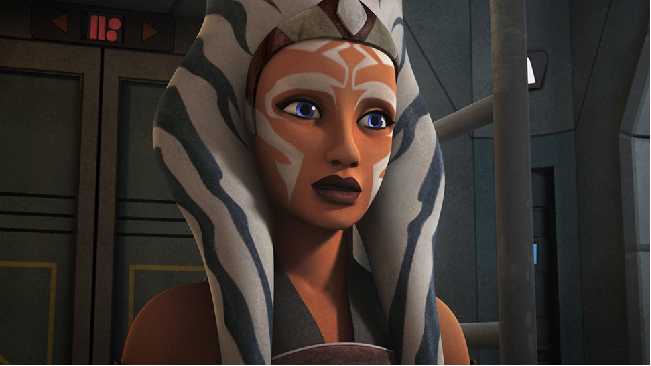 Arguably, the greatest contribution the show made to the Star Wars universe was the female Togrutan Padawan Ahsoka Tano, who has become one of the most popular characters of all time. Her name commonly comes up when fans are asked who they'd like to see get their own feature film, along with other alien characters such as Hera Syndulla (TwiLek), Asajj Ventress (Dathomirian) and Yoda (???).

Many would classify a new animation film to be the first for Star Wars as lots of fans dont consider The Clone Wars to be a film because as mentioned, its just the first 3 episodes of the new series woven together. The fact is, all the creators and talent behind the project considered it to be a feature film and treated it as such, so should we all.

Since 2008, technology has advanced exponentially in both animation and VFX formats, so why havent we seen an alien lead? As it turns out, that may be about to change.

Jon Favreau, who is working on an original Star Wars series for the new Disney streaming service coming next year, promises to employ the same state of the art VFX he used on 2016s The Jungle Book. To achieve that he combined the collective talents of both the Moving Picture Company (MPC) and Weta Digital FX houses to create those remarkable images. 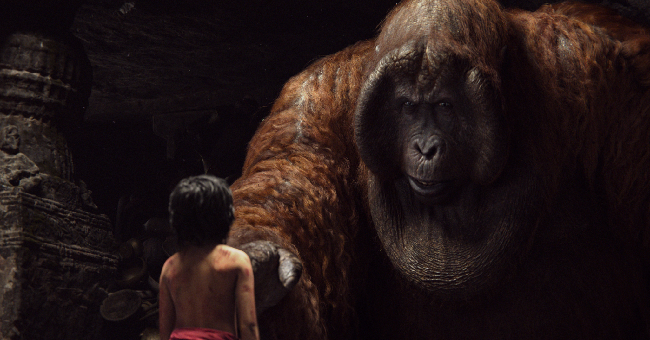 If he and others can make animals appear emotionally and intellectually life like on screen, then why not a Togrutan or a TwiLek? Admittedly, animals are one thing, but humans and human features are something else and have proved to be a tad more difficult.

In 2016s Rogue One: A Star Wars Story, John Knoll and the visual effects teams used new motion-capture technology to recreate Grand Moff Tarkin and Princess Leia Organa to mixed results. While Tarkin looked smooth and life like especially under dark lighting and shadows, Princess Leias rendering wasnt quite as successful and looked a little off. It's worth noting, the team was under considerable restraints in the sense that they were essentially recreating real people in Peter Cushing and Carrie Fisher. Jon Favreau will reportedly not be and by creating new characters and planets then there would naturally be less scrutiny.

With characters such as Tano and Syndulla, humans could play them with added VFX to recreate their important head-tails, or Lekku. A sticking point for some is that the actors who voice Tano and Syndulla, Ashely Eckstein and Vanessa Marshall, have become synonymous with these characters and would need to be involved.

We have a very recent example of this working, in Solo: A Star Wars Story. In that film we saw the return of the former Sith Lord, Maul, who returned to the screen with Ray Park playing the physical role while Sam Witwer provided the voice. Something Sam did in The Clone Wars and Star Wars Rebels to great success. Was Star Wars prepping us for the future with this cameo?

With species like Togrutans and Twileks appearing very humanoid obviously it wouldnt take much in the way of CGI to materialize them on screen. So could an Ahsoka Tano or Hera Syndulla be far off? Just look at the work players like Andy Serkis and others are able to do with their performances aided by technology, and its improving all the time.

And what about animation? Animated films routinely find themselves at the top of the box office charts and critics lists at years end. And many creators point to the massive freedom they feel in that type of storytelling format as a huge plus. Dave Filoni points to this reason as to why animation is a favorite storytelling tool of his.

Speaking of Filoni, the success of The Clone Wars and Star Wars Rebels indicates a valuable resource is at Disneys fingertips, and Disney of course is no stranger to success in the animated genre. So why wouldnt the most successful film company, who practically invented and then re-invented the formula for successful animation features, green light a full length animated film for arguably their most successful property? For a franchise that will always be a film-first one this seems like a no-brainer, especially since it wouldnt be competing for any of its live action resources.

To date, Disney animated films take up 7 spots in the top 10 all-time earners at the North American box office, including 4 of the top 5. The number one all time animated film in North America is 2016s Finding Dory which made over $486 million domestically alone, $1 billion worldwide. Going back 3 years to 2015s Inside Out, Disney animated films have earned over $5 billion at the worldwide box office. The obvious point is theyve had great success in that field and have since 1937s Snow White and the Seven Dwarfs.

So, what are we left with? Weve got a company who has basically owned animated features for 81 years and who purchased the company that is credited with ushering in VFX into the new era, Industrial Light & Magic. You have a galaxy full of character and story possibilities whose xenomorphic count is off the charts, some of which are currently the most popular characters in Star Wars history. With the creative freedom of animation and the VFX getting more lifelike by the day, anything is now possible.

It really does seem the time is right for this to happen. At the very least I believe well see some movement in this field from Favreau and his new series. If the success of that show proves to be a bellwether then how far off can a feature be? Your guess is as good as mine, but were closer than ever.

If you could pick any non-human Star Wars character to lead a film, live action or animated, who would it be?