From the official site:

The Force  and fandom  will be strong with Disney+ this Star Wars Day.

In celebration of the galaxys greatest fan holiday, Lucasfilm and The Walt Disney Company have commissioned fan artists from all over the world to create new pieces for Disney+. Kicking the series off today is a breathtaking mural by Zi Xu, a poster illustrator and cover artist, depicting the heroes and villains of the saga. You can find the artwork on the main Star Wars landing page on Disney+, and check it out below! 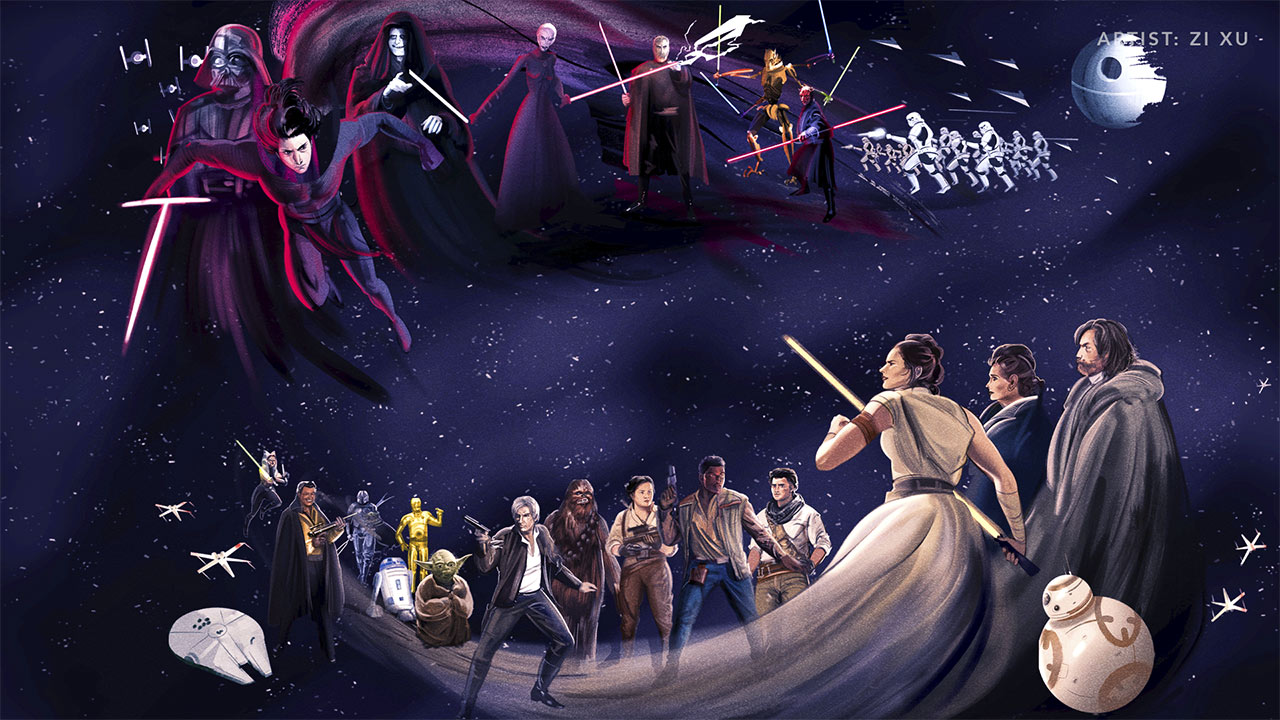 The artwork celebration will continue on Disney+ from Tuesday, May the 4th, until Saturday, May 9, with more commissioned fan art taking over the landing pages of Star Wars movies and series, including:

Disney+ Day To Debut In November
Star Wars: The Bad Batch Premiering On May The 4th