Drax the Destoyer Wants To Be In Star Wars 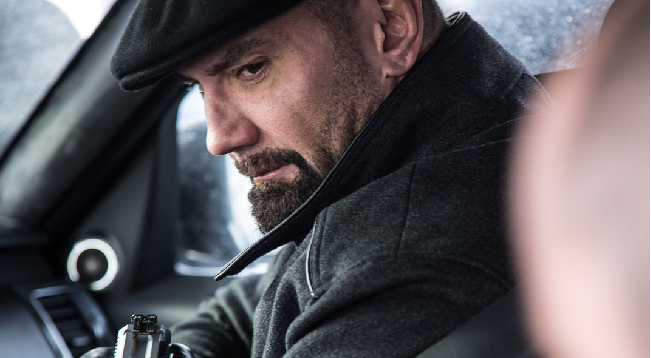 Dave Bautista, who plays Drax the Destroyer in Disney's other universe MCU's Guardians of the Galaxy, not only loves Star Wars but has auditioned for the new films...twice!

If you're wondering what part he played in the films, the answer is none because unfortunately for Bautista, he was turned down twice. Not even a Stormtrooper cameo as so many famous actors have done in this new era of films. In an interview with Flickering Myth, he had this to say...

Ive actually auditioned for a couple of Star Wars [movies] and theyve turned me down. It was always a dream of mine to be in a Star Wars film."

He wasn't specific as to what roles he auditioned for and looking at the films themselves I can't imagine what part he would actually have played other than a background character in one of the four films released so far. The former pro-wrestler has done well for himself the last few years not only landing the role of Drax, appearing in three MCU films to date, but also scoring key roles in 2017's Blade Runner 2049 and the James Bond film Spectre in 2015.

Always the outspoken one, Bautista nearly bites the hand that feeds him however as when asked what he thinks of the latest crop of Star Wars films, he would go on to say this...

"I cant say Im the biggest fan of the latest installments. I particularly loved Rogue One. I thought it was a really great film and I love that they went a little bit dark with it. I thought it was really interesting.

Perhaps he was hoping to be part of Jyn Erso's "Rogue One" group or one of Saw Gerrera's band of extremists? Maybe in the future we'll know more and if you're dying to see Drax fight a Jedi, perhaps one day Disney will give us the world's strangest mash-up, combining their two big properties. File that one under "never" but Bautista doesn't seem like a quitter to me, so I'd bet eventually they'll find a spot for him in the Star Wars galaxy.