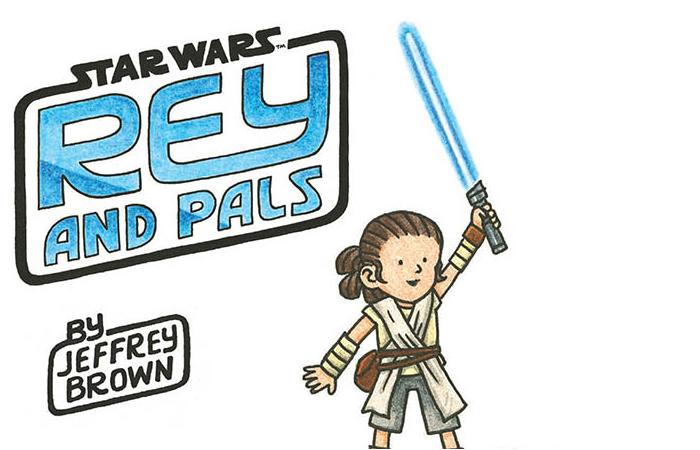 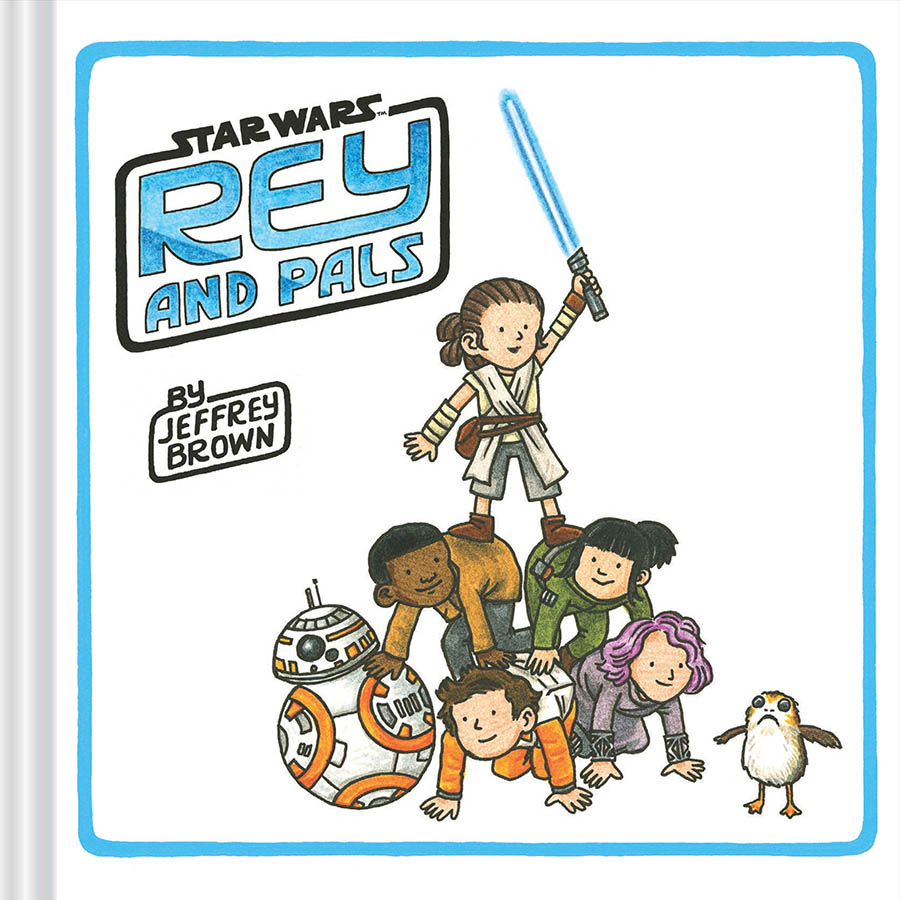 "If the kids are united, then we'll never be divided."

Switching from the unpredictable and anxiety ridden world of parenting to the adventure and whimsy of friendship, best-selling author Jeffery Brown is back in the Star Wars game with "Rey and Pals"

Brown, who previously who wrote and drew the non-canon book Darth Vader and Son, as well as its three sequels, is focusing on the sequel era this time following a young upstart named Rey and her band of buddies. Imagine a galaxy where everyone is friends and there is no war, sounds pretty great right? Well, that's the premise here as Rey, Poe, Finn, BB-8, Kylo Ren, Hux and all the rest have a blast doing everyday things like bowling, hanging out, and causing headaches for the adults.

The style and tone of the book matches all his previous efforts and will look great on your shelf alongside his other titles. I have to say, since I'm not a parent myself, this book is my favorite of his hands down as I could relate to many of the hijinks Rey and her friends get up to.

Bottom line, this book is a wonderful way to introduce your kids to the Star Wars sequel-era characters, even if the canon lines are blurred. It's light, fun, and the illustrations by Brown are great as always.

"Rey and Pals" is published by Chronicle Books and is available now! Click HERE to order a copy today!

What if Rey hadn't grown up all alone on dusty planet Jakku, but instead had a galaxy of friends to play with?

Rey and Pals is a collection of adventures starring young Rey and Kylo, Finn and Poe, Hux and Phasma, Rose and BB-8all under the watch of Luke, General Leia, Han, and Chewie.

 Features an exciting cast of characters (as well as some old friends) from the new Star Wars® film trilogy
 Filled with silly antics like Kylo trying to use the Force to cheat at Go Fish, Poe bowling with BB-8, or Rey lifting rocks to play hide and seek
 Includes fan favorites like R2, Yoda, and 3-PO

Jeffrey Brown's charmingly hilarious vision is sure to delight Star Wars® fans of all ages. 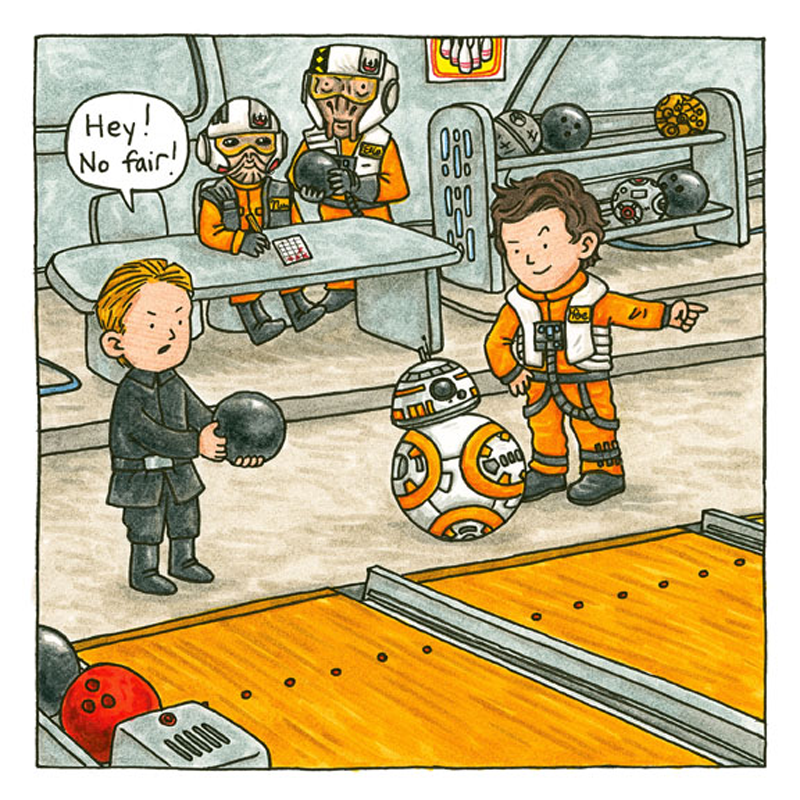 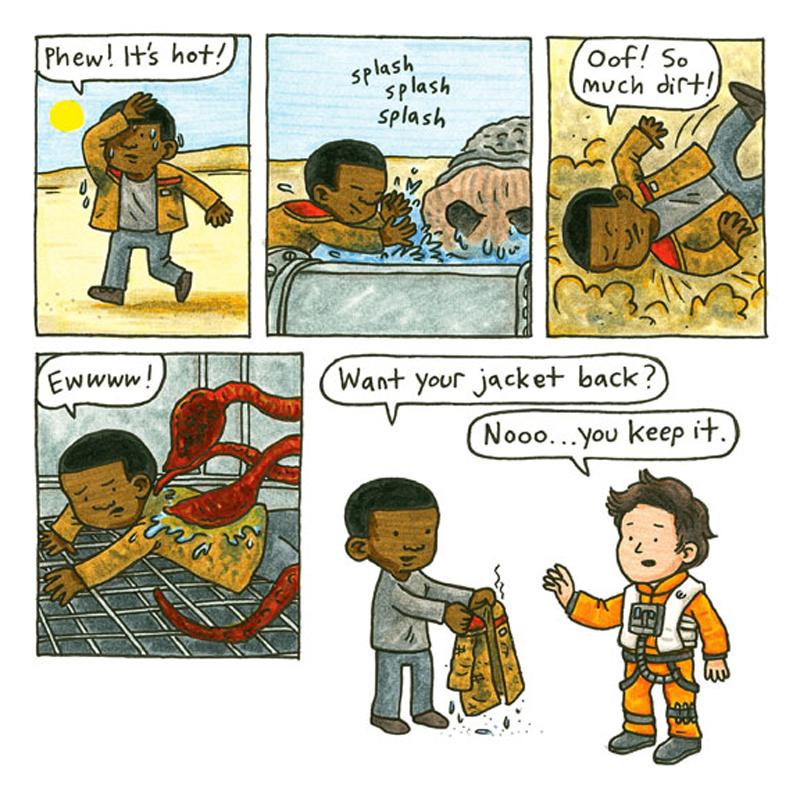 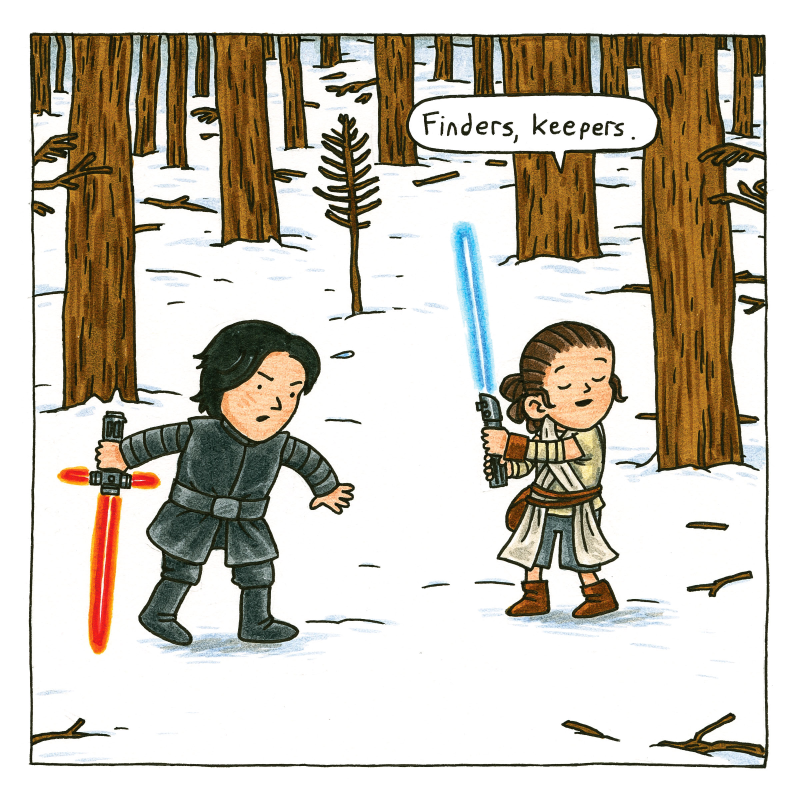