The Legacy Of Kanan Jarrus

When we think of Jedi Knights and Jedi Masters, there are a few names that we all instinctively conjure up. Yoda, Mace Windu, Luke Skywalker, Obi-Wan Kenobi, these Jedi are the all-stars of their world. Then, after a few minutes, you start to think of a few more such as Shaak Ti, Ahsoka Tano, Qui-Gon Jinn, Kit Fisto and Plo Koon, each of them just as powerful in some ways. Then, when you really start to think about it you come up with more greats such as Quinlon Vos, Jocasta Nu, Aayla Secura and Adi Gallia. And then, in the wee hours, names such as Mara Jade, Komari Vosa and Jacen Solo start to appear...I think you get my point. But what about Jedi Knight Kanan Jarrus? 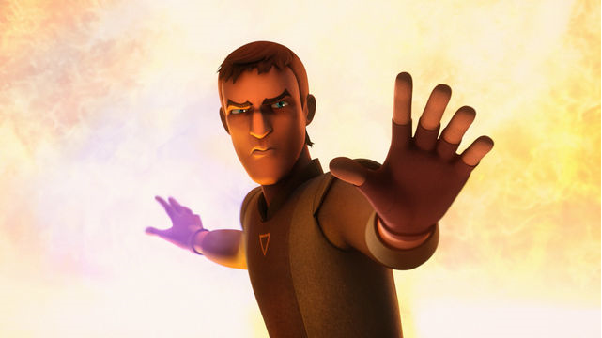 Recently, with the mid-season return of Star Wars Rebels, the Ghost Crew suffered not their first, but their most important loss to date, that of Jedi Knight, mentor and friend Kanan Jarrus aka Caleb Dume. In the aptly titled episode Jedi Night Kanan sacrificed his own life to save that of his friends after rescuing his greatest love, Hera Syndulla, from the maniacal Governor Pryce on Lothal. As the crew is left to pick up the pieces and each grieve in their own way, we are left wondering if his death was one of great significance or simply arbitrary. Are we witness to the end of a great Jedi warrior or the beginning of a legend?

Over the last four years of Star Wars Rebels no one could question Kanans bravery and leadership skills. Time and time again his abilities and connection to the Force has gotten himself and the Ghost Crew out of countless tricky situations and helped avoid capture. But his time among us and our exposure to him has been mostly, save a novel and some comic book runs, confined to the short-lived TV series. So, what does this mean about his place in the history of the Jedi? When you think of great Jedi Knights does Kanan Jarrus come to mind? Do you place him among them?

Jedi Knight Kanan Jarrus was created from the mind of David Filoni and the rest of the team behind Star Wars Rebels. He was not part of the Extended Universe and was created during a time when nearly everything being dreamt up was to be considered Canon. As such, we have all had a front row seat and have bared witness to his entire evolution, his entire existence.

His detailed backstory has been revealed in recent years with the release of the novel A New Dawn written by John Jackson Miller and the comic series released by Marvel Comics. Its in these materials we learn Kanan, born Caleb Dume, was taken at a young age to the Jedi Academy and eventually would be become the Padawan of Jedi Master Depa Billaba. When she was killed during Order 66, Kanan would be on his own for some time, preferring anonymity. Still just a Padawan, he turned away from his former self and became a bit of a recluse, making his way as a smuggler across the galaxy.

Perhaps Kanans biggest fault, which is not of his own doing, is he was simply born at the wrong time. He was only 14 years old by the end of the Clone Wars and participated in only a few insignificant battles, one on Kardoa and another on Mygeeto. The most impactful one was during the battle of Kaller where after victory, Order 66 was implemented by Sheev Palpatine and the clones murdered his master Depa Billaba. Thanks to his masters premonition, Kanan was able to escape and evaded capture by the very clones who had turned against them and were once allies. The death of Master Billaba would stay with Kanan for his entire life and even effect his own philosophy when it came time to train Ezra Bridger.

During the events of Star Wars: Revenge of the Sith, Kanan spent that time on the run, turning his braid into a ponytail, using a blaster instead of his lightsaber and creating a new identity for himself. After all, Caleb Dume was his birth name and so to avoid being detected he came up with the name Kanan Jarrus and turned into a hard drinking, hard brawling, pilot and smuggler.

As he and all the other remaining Jedi went into seclusion and hiding, many years would pass, and the Empire would reign over the galaxy. The next most significant battle and perhaps the most important in Star Wars history would of course be the Battle at Yavin. But we now know, Kanan wouldnt live to see those events that would become so important to the galaxy and the timeline as we know it. However, thanks to a fateful encounter with Captain Hera Syndulla years earlier, Kanan would play an important role in the fractured Rebel Alliance. And it would be the small victories and the small acts of kindness that would eventually define him.

His accomplishments within the rebellion however, while important to himself and certainly the group, were for the most part arbitrary to the universe at large. Hes certainly not myopic, just a product of his environment, but with no major battles to be fought he just hasnt been given the opportunities to be a prominent figure in the history of Jedi. Having said that, I have absolutely no doubt Kanan was skilled and brave enough to have risen to any occasion or have faced any challenge brought before him.

Often, whats most important to us is how we view ourselves in the universe and if we have something to contribute. For many years, Kanan was a lost soul wandering the galaxy looking for something, looking for a family, looking for a purpose. He found all that when he met Hera and then later Ezra. He not only found a purpose but who he was within the universe and the Force at large. Right up until the end, he was exactly who he wanted to be and exactly who he wanted to be with. Kanan was an honorable and caring man, deserving of a good life. 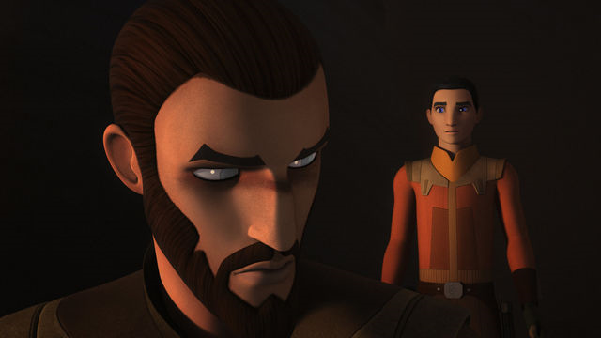 Now, depending on what happens with Ezra, Kanans greatest achievement could very well be his stewardship of the young Jedi throughout his most formative and impressionable years. Ezra has a deep love and a great respect for his Master and whatever Ezras eventual path may be, that could be something Kanan could hang his metaphorical hat on. After all, the great Jedi Master Yoda once said, We are what they grow beyond So as Ezra will go, so to will Kanan.

Whether Kanan ends up being a Loth-Wolf, a fond memory or simply nothing at all, the legacy he has carved out for himself in this small corner of the galaxy will be everlasting. Just like Hera made Kanan a part of her family Kalikori, we Rebel fans have made him a part of our extended Star Wars family.

So, perhaps its not important how he ranks or compares to the Jedi that came before or after him but rather how he impacted the lives of those around him. Perhaps what is important, maybe most of all, is that we few, we lucky few, had the pleasure of knowing him at all.