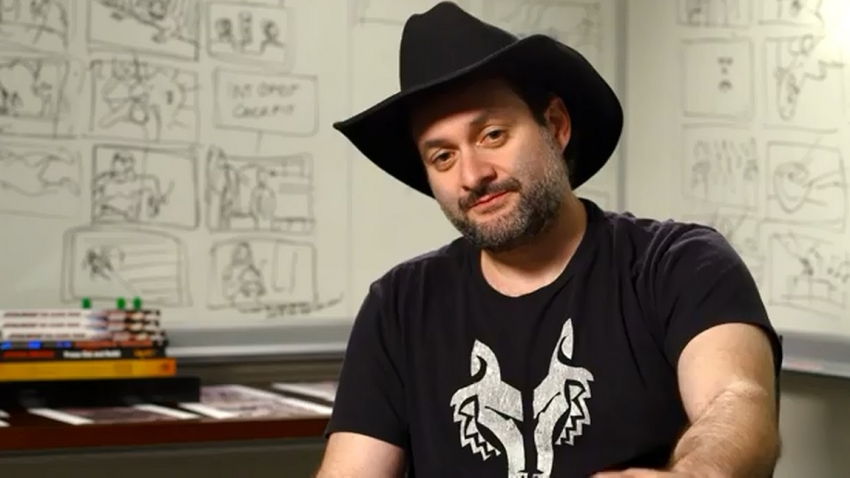 With Star Wars Rebels coming to an end soon, Animation Magazine sat down with the Director to get his take on the Journey that is Star Wars Rebels. Read a quick snippet below. Click here for the full read!

Now that Star Wars Rebels is wrapping up, are you satisfied with the way its closing?

Filoni: Im pretty satisfied. This is the first time Ive been able to draw a series to a close in this manner. We had worked on different ways Clone Wars could end, but theres a difference between having theories about how you would do something and actually executing it. These last six episodes I think are among our best, which they should be. If we went back to the beginning, there are some things we would change and improve a bit, but all in all Im pretty pleased with it. We didnt really leave much on the table either. There are always other stories you can tell, but I think for the story of Ezra Bridger its come through in a way that Im happy with.

You really defined the Mandalorian culture this season. How much if any of that was influenced by prior extended universe depictions of Mandalorians?

Filoni: For the most part, the Mandalorians that we see in Rebels are just an extension of the ones I was working on in Clone Wars. A lot of that was in conjunction with working directly with George, and he layed out what he thought the civilization was like at the time of the Clone Wars. When we built it back then, I took a lot of the extended material and tried to parcel out a greater timeline that would include what was happening in [Knights of the Old Republic]s time, and then thousands of years later they would become a different type of society. Just because these people were one thing thousands of years ago doesnt mean theyre gonna be that now. If you look at our own world thats very true  people change and evolve, societies and empires rise and collapse.

So, I expanded what Mandalorian society would be under the Empire. Sabines story becomes one about family, and her family is one that was affected and shattered by the Imperial involvement in her society, and how her family tried to protect her but she was confused by it and felt ostracized. All those things that you build in your mythology parallels how kids feel in real life. The way teenagers can feel ostracized and like outsiders when the elements come into their world. Thats why Lukes journey is familiar to us and Hans journey is familiar to us. We all have similar experiences, though probably not in the Millennium Falcon.

One major theme in Rebels has been the different ideas of different subsets of the rebellion of how to fight the Empire. Is any of it reflective of your own views on the morality of Star Wars or the wider world?

Filoni: I think whats interesting is how broad it gets. It starts fundamentally as good vs. evil, but as you get drawn into the more complex world that the prequels offer, there are more politics involved and there are many sides involved, and I personally think it makes it very real. Its not so much about obvious evil that walks into your world as much as it is the root of the tree rotting from inside and something beautiful that falls apart, which is often how things go in the real world. You do have a history of democracies that collapse and fall into becoming dictatorships. You have forces even when theyre on the same side who debate what is the best way to go about winning this fight. Do we try to use diplomacy, and if we use violence what are the consequences? Everybody at the end of the day, even without the Empire, becomes a pawn of evil and the machinations of Palpatine.

Lukes whole message  and I think the message of Star Wars  is not to be of yourself but to be selfless, to find some sense of enlightenment and to inspire others to great action as well. So I try to work from those same themes throughout Rebels and show that there arent all these simple answers, but there is still good and evil and different ways to battle.

Did you conceive these last few episodes with an idea of what NOT to do when ending a TV series?

There was always a big debate about the Death Star. I think a lot of people were saying, Its called Star Wars Rebels, well see the Death Star in it. The problem I have with that as a storyteller is our guys dont destroy the Death Star. I already know that Luke does. What possible role could our guys play in it other than getting completely annihilated by it? We see the Ghost flying around in Rogue One, but I havent explained how or why that is, and its certainly not this culmination point for us to say our animated characters made it into that movie. I think thats fantastic, but its not the purpose of this story. This story really revolves around Ezra and his quest to understand what it means to be part of a family.