Posted by Chris on August 11, 2021 at 08:09 AM CST
ILMxLAB REVEALS NEW CHARACTERS AND TEASER TRAILER FOR LAST CALL, THE HIGHLY ANTICIPATED CONCLUSION OF STAR WARS: TALES FROM THE GALAXYS EDGE, LAUNCHING THIS FALL 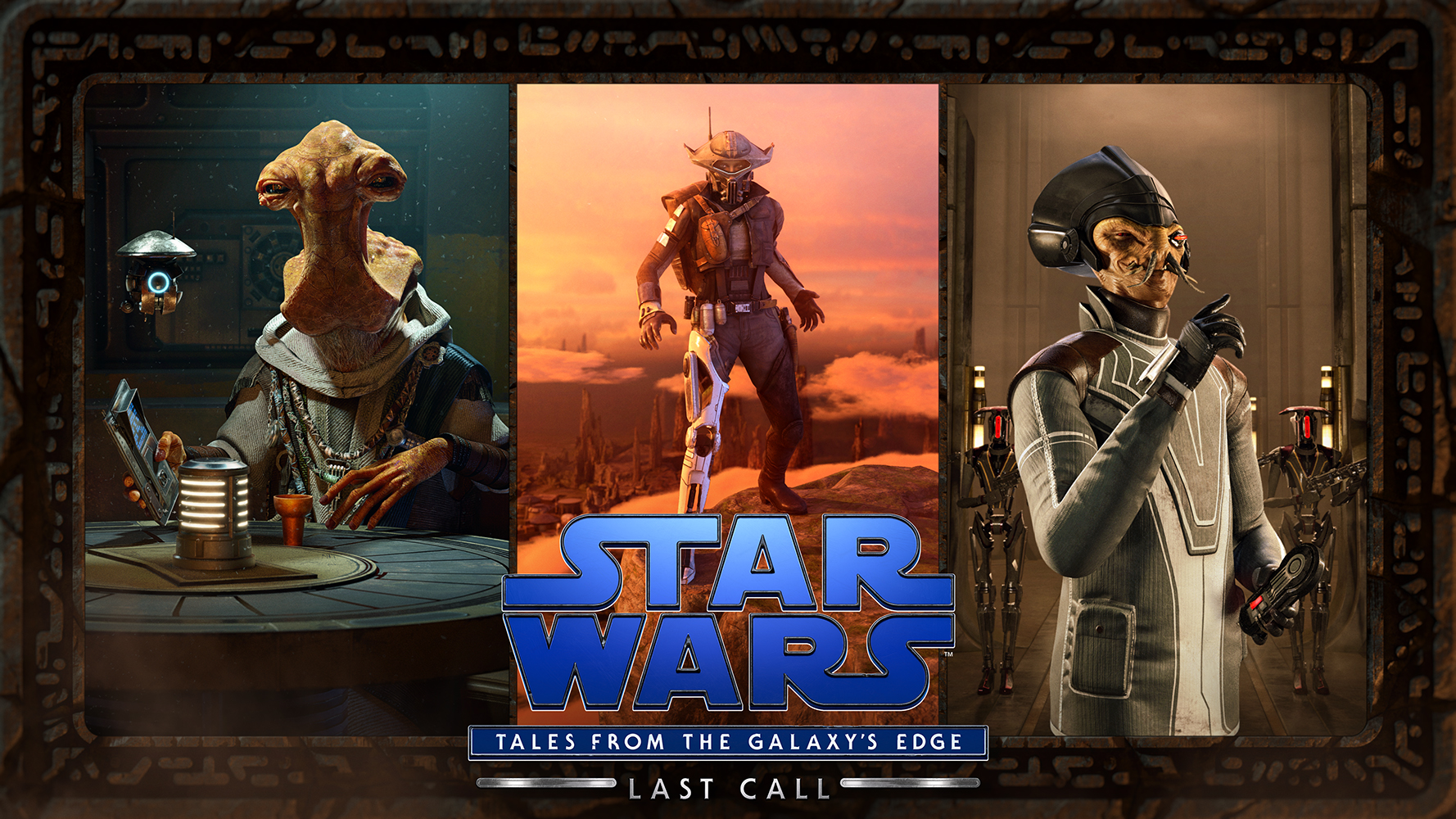 Originally appearing in Star Wars: The Last Jedi, Baron Attsmun is an ultra-wealthy industrialist who sells cybernetic parts throughout the galaxy. On the surface hes helped a lot of people, but underneath lurks a cruel, detached perspective. Lens Kamo is the badass daughter of scholar parents who developed a healthy respect for history. She went into treasure hunting with the sole purpose of getting artifacts out of sites without harming them, and keeping them out of reach of the destructive collectors -- by any means necessary.

"Welcome back to Batuu! Dok-Ondar has pulled up a seat in Seezelslaks cantina and he has a job for you. The infamous ithorian sends you deep into the Batuuu wilds in search of a lost artifact. Youll team up with the relic hunter Lens Kamo and battle against the evil Baron Attsmun. said Jose Perez III, Director. We are super excited to continue to expand the Star Wars galaxy and hope fans swing by for Last Call.

In Star Wars: Tales from the Galaxys Edge, fans play a droid repair technician who crashed on planet Batuu after a pirate attack. In typical Star Wars fashion, they get swept up in a grand adventure, proving that anyone can become a hero.

With Last Call, fans will continue their adventures in the Outer Rim, taking on unexpected alliances and deadly enemies alike. Players will experience more eras and places in the Star Wars galaxy through Seezelslaks legendary Tales and so much more in this epic conclusion.

"We are over the moons to continue your story as our intrepid deckhand as you spend time with new and familiar characters on Batuu, said Alyssa Finley, Senior Producer. With new adventures to go on, two new Tales to experience, and a multitude of new items to buy and try at Mubo's Workshop, our team can't wait for fans to jump into Last Call this fall."

More details like pricing will be available at a later date.