This is the first time Official Pix has ever offered Andy, so it's the perfect time to get him on your Star Wars photos, posters & figures! Not to mention all the Lord of the Rings, Planet of the Apes & Marvel things he can go on.

You can select from more than 60 Pre-Order options or send your own pieces in for signatures.

Orders are now live at www.OfficialPix.com and will run through June 4th. Go check it out! 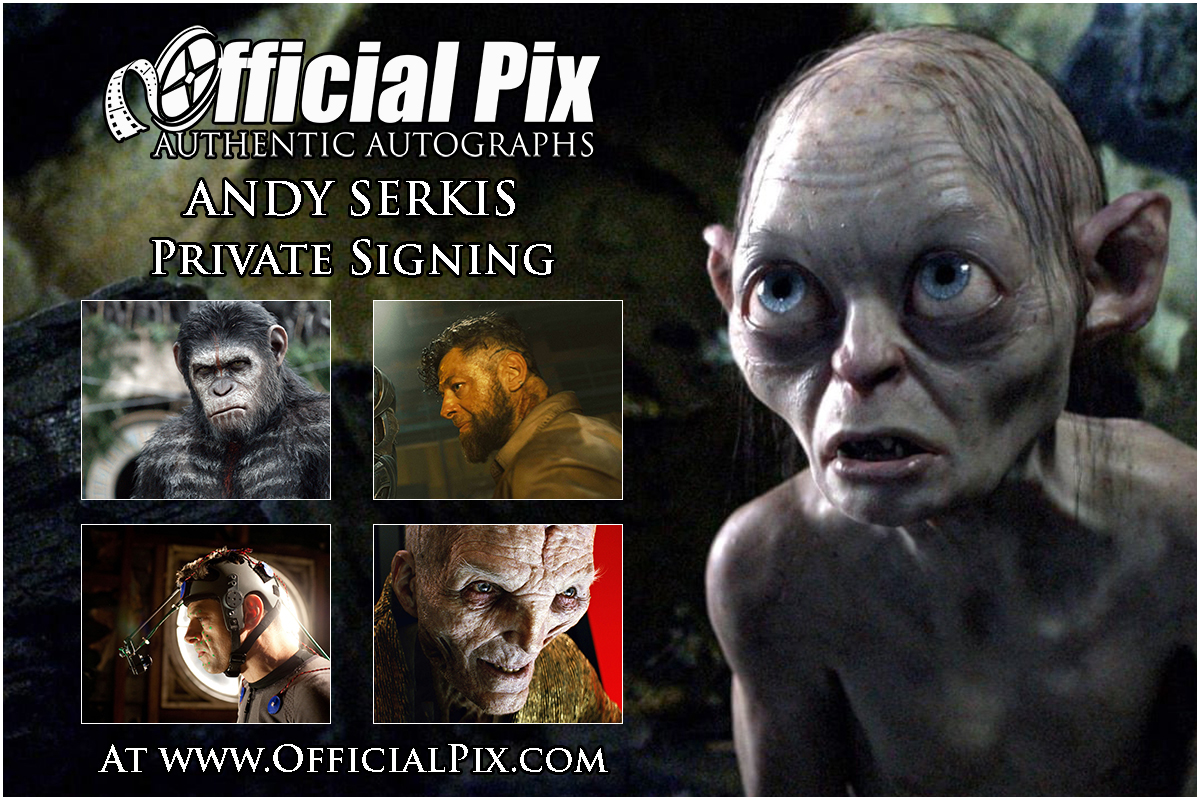