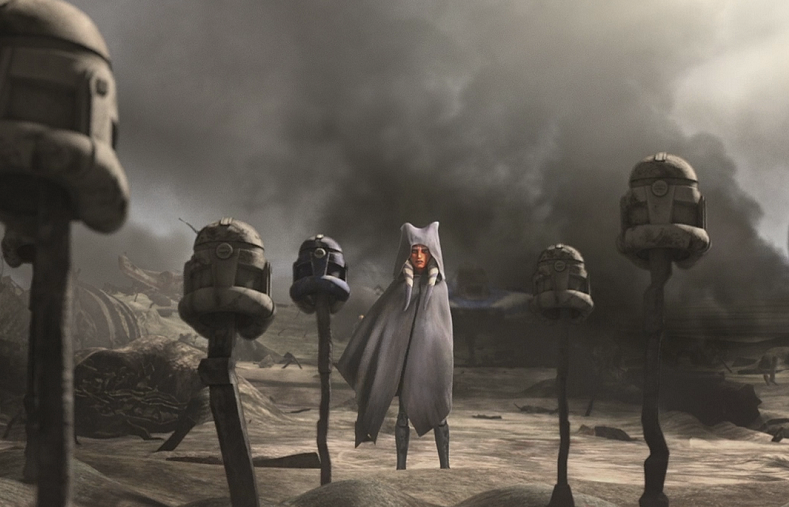 Five Moments We Need To See After The Clone Wars Finale

Now that The Clone Wars finale has aired and Season 7, along with the series, has ended in spectacular fashion, we are left to ponder a few things.

While this season and the final arc provided a ton of context and answered many of the questions we had about the Clone Wars, Revenge of the Sith, and even Star Wars Rebels, we were still left holding the bag on a few items.

The months that followed Order 66, the early days of the Imperial rule over the galaxy, is not a heavily explored piece of the timeline. With only a handful of comic books and assortment of mentions, we dont have a lot of content from that time period, certainly not on screen anyways.

Greg Weismans Kanan, Charles Soules Darth Vader: Dark Lord of the Sith, and Cavan Scotts Adventures in Wild Space series are your best and only bets besides E.K. Johnstons Ahsoka And as great as those are, they dont key in on a handful of important moments related to The Clone Wars finale.

So, in that spirit, here are 5 key moments in no particular order that Dave Filoni and Lucasfilm have yet to show us. And for the record, I have zero doubts these will get some attention in some form, whether it be a Disney+ show, novel, or comic book series down the road. 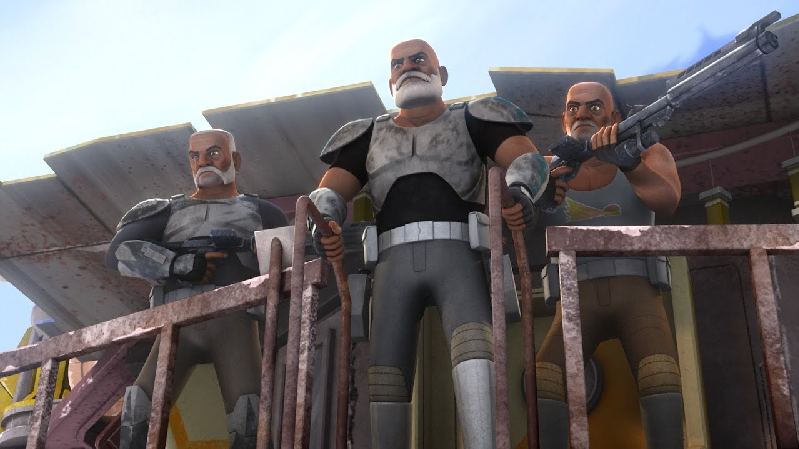 REX FINDING OUT ABOUT FELLOW CLONE TROOPERS GREGOR AND WOLFE

This was a huge topic of conversation going into the season, exactly how Rex removed his inhibitor chip, and how he ended up with Gregor and Wolfe on Seelos, their chips removed as well.

In the Star Wars Rebels episode, The Lost Commanders, when speaking to Kanan and Ezra about Order 66, Rex blurted out this

I didnt betray my Jedi. Wolfe, Gregor, and I, all removed our control chips.

Semantics and half-truths aside, it would be this seasons eleventh episode Shattered where we see how that happened, at least for Rex. Ahsoka, along with Arseven, locate and remove his inhibitor chip, granting him the gift of free will once again. Youve seen the episodes Im sure, so I wont go into further detail.

And when the season ends, Ahsoka and Rex are together, but it just cuts away, thats it, thats all. No goodbyes, no finding Gregor and Wolfe, no nothing.

Heres hoping at some point we see how these three came together and ended up on Seelos in a converted AT-TE. Did Gregor and Wolfe remove the chips on their own, or did Rex have something to do with it?
Like Finn finding other disenfranchised defected Stormtroopers, itll be an emotional moment when Rex finds out hes not alone, one that we need to see. 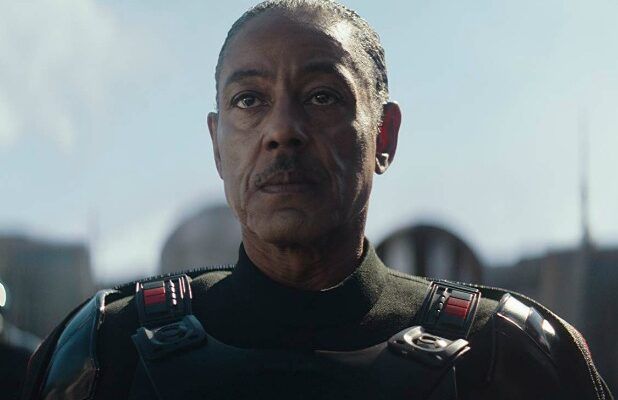 THE STATUS OF MANDALORE/"THE NIGHT OF A THOUSAND TEARS"

While it ended up being only half of the final arc, the Siege of Mandalore was billed as the headliner going into this final season.

Finally seeing former Jedi Ahsoka Tano and former Sith Maul square off amidst a backdrop of the greatest unseen battle in Star Wars had us fans foaming at the mouth. It didnt disappoint.

The seeds of this were planted years ago in The Clone Wars, Star Wars Rebels, and the Ahsoka novel, but this would be our first depiction of event. Then along came the devilish Moff Gideon, who, when not making life miserable for our heroes in The Mandalorian, dropped this on us in Chapter 8

"Or perhaps the decommissioned Mandalorian hunter, Din Djarin, has heard the songs of the Siege of Mandalore, when gunships outfitted with similar ordnance laid waste to fields of Mandalorian recruits in The Night of a Thousand Tears."

But it never happened. And when Ahsoka and Mandalore Resistance leader Bo-Katan say goodbye after defeating Maul and his Marauders, thats the last we see of Mandalore.

So, what happened after that? With Sidious and his Empire now the governing body in the galaxy, we know that Imperial troops took Mandalore back from Bo-Katan and handed the keys back to Marauder and Imperial sycophant Gar Saxon. A gubernatorial appointment that would last until his death in 2 BBY at the hands of Sabine Wren, to be replaced by his brother for a short time.

Yes, Bo-Katan accepts the Darksaber and has the support of the Clans as Mandalores rightful ruler, but there were some awfully big events that preceded that, and we need to see them. 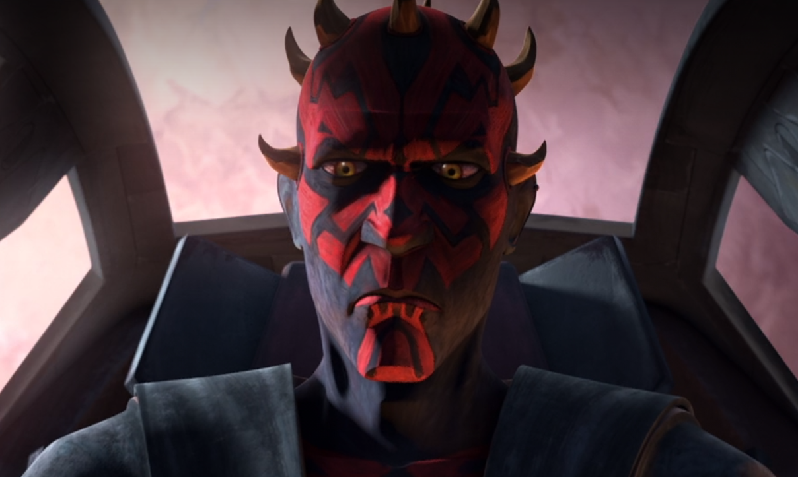 WHERE MAUL WAS HEADED IMMEDIATELY AFTER

One of the few headscratchers for me in the finale was the abrupt disappearance of Maul from the show. They had to make room for the Ahsoka/Rex/Darth Vader ending I understand that much but having just spent so much time waiting for his return, to only have him vanish into hyperspace left me wanting more.

Mauls performance was one of the reasons this arc will ultimately rank atop many of our all-time lists, his act in The Phantom Apprentice is one for the ages. So, it was particularly perplexing when he just took off. Where did he go?
At some point, we know Maul returned to Dathomir and continued as the true leader of the Crimson Dawn, having installed a puppet leader in Dryden Vos.

In fact, Vos appeared as a hologram in The Phantom Apprentice along with the other crime syndicate leaders Marg Krim and Ziton Moj, receiving orders to go into hiding. And in the previous arc, Maul threatens Pyke Syndicate leader Krim with having Crimson Dawn take over his spice operation.

I think having Maul punch in the coordinates for Dathomir or have him signal Dryden Vos wouldve scratched this itch for me, but we didnt even get that. And its another 9 years before we see Maul again in Solo: Star Wars Story, new lightsaber et al.

So, even though its highly likely thats where Maul was headed at the conclusion of Victory and Death, on his way to Dathomir and back to Crimson Dawn, itd be great to see. 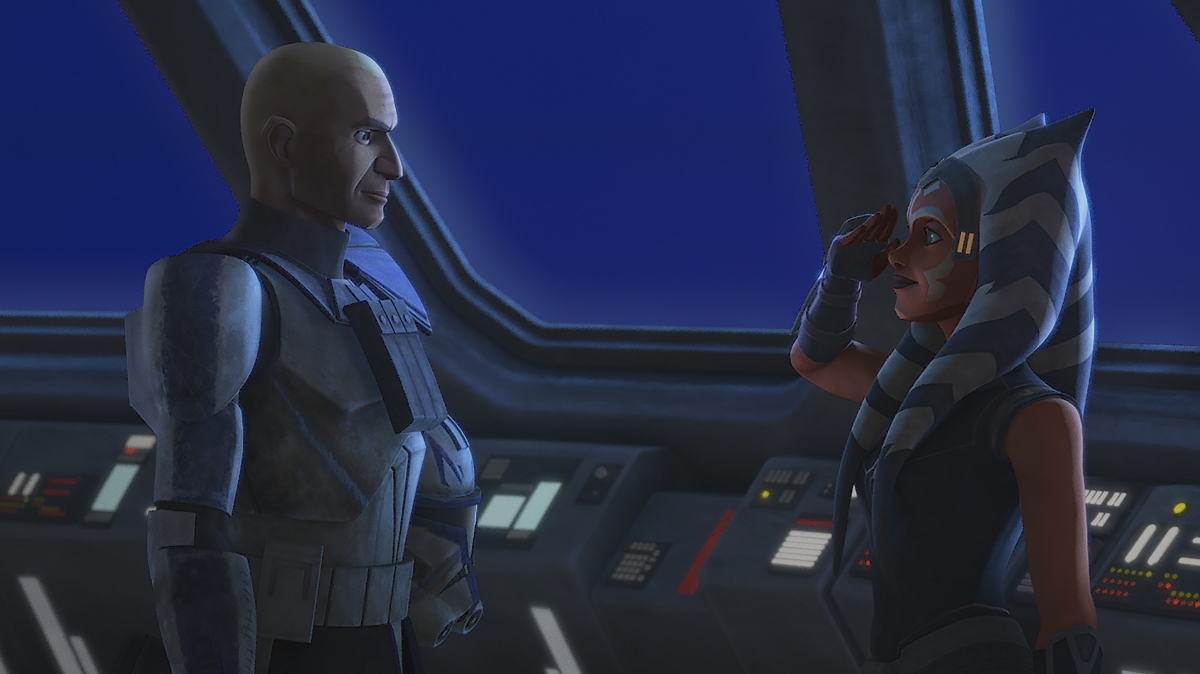 If you love the relationship between Rex and Ahsoka like I do, this might be the most glaring omission on the list. Before the season began, this was something I really wanted to see, that emotional goodbye between these two. After having gone through hell and back together, once they decide theyre better off apart, it would be the kind of tragedy that is normally reserved for high concept drama.

We didnt get anywhere near that. As Rex is putting away the shovel, preparing to leave, Ahsoka is scanning the countless graves of their fallen Clone friends, feeling the weight of what just happened, and what must be done.
She places her lightsaber down in the snow, a sign that shes done with fighting for a while, and to probably fool any would-be pursuers (Vader) into thinking they went down with the ship.

Then, thats it, we cut to the Vader scene, we see Morai taunting Vader, and then it ends. No tearful goodbyes, no hiding out, no hyper-emotional send offs.

The details of their separation and where they go are so insanely important to me that I honestly believe well get some accounting of it eventually. But I would have bet good money that we would have seen it either straightforwardly or in some kind of extended epilogue, akin to Star Wars Rebels, before the arc began.

Ahsoka of course assumes the name Ashla and lands on Thabeska, without Rex. So, what was he doing? 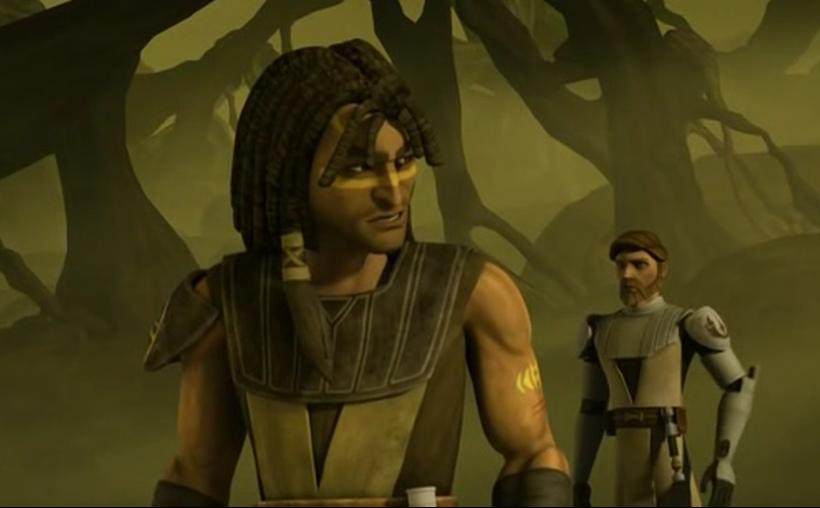 Okay, this was an iffy but a biggie. There were almost no guarantees we would see this, that they would open the timeline this much, but MAN! It wouldve been so cool if theyd used the finale to finally confirm the whereabouts or existence of some long-rumored Jedi.

We know there are two dozen or so surviving members of the Jedi Order that survived Order 66. Some we know what happened to (Obi-Wan Kenobi, Kanan Jarrus, Cal Kestis), some died shortly after thanks to the Purge (Jocasta Nu, Kirak Infila, Luminara Unduli), and the rest, well, we dont know. And there are some big names like Quinlon Vos and Barriss Offee who we just have no clue about.

I can see why the creators didnt go there, it wouldve taken away from the focus of this arc and put us firmly entrenched in Revenge of the Sith territory. This particular story is about Ahsoka, and how shes dealing with life post-Jedi, her relationship with Rex, with Order 66 serving as the backdrop, not the main focus.

In many ways, the end scene with Vader serves as a jumping off point for the purge which was depicted in Charles Soules incredible Dark Lord of the Sith run. There we saw a partial list of Order 66 survivors that Vader and the Inquisitors had in their possession.

Like I said, this was a longshot and probably wouldve been inappropriate, even out of place, but to have seen a few Jedi making their way to seclusion, would have been super cool.

So, those are mine, and are probably the most popular and obvious ones, what about yours? Are there any moments you were hoping see but didn't? Let me know!