On November 30, the magic returns when Willow, the all-new epic series filled with excitement, magic, and non-stop adventure from the mind of George Lucas, debuts on Disney+. Building on the events from the enchanting classic film, audiences around the world will once again discover Willow Ufgood and meet a vibrant, but disparate, group of young heroes as they journey beyond the Shattered Sea to worlds unknown and face terrifying new creatures and sinister forces. The adventures will test their personal relationships and force them to overcome their biggest fears and discover the magic that lies within!

Executive producer Ron Howard explains, Over the years, Willow has been this project that people just want to talk to me about. People have grown up with the world and the characters, which is very gratifying. George Lucas has always wanted to develop it further on television; he just believed that a serialized approach to Willow and that world, that universe, the magic, and the adventure, would make sense, and yet it sort of never moved into that absolute priority position. But he and I have talked about it a number of timesWhen Disney+ came along, suddenly we felt like, well, now theres a real home for this, theres a way to do this and not compromise any of the scope or any of the scale of the magic in the world and deliver on this instinct that George Lucas always had for the project.

Jon Kasdan (Solo: A Star Wars Story) was the driving force behind getting the show produced alongside Ron Howard in partnership with Lucasfilm. Kasdans love for Willow (1988) created conversations on the set of Solo: A Star Wars Story, ultimately leading to the new Disney + series being greenlighted by Lucasfilm. Kasdan shares: The journey the characters in the series take is a real classical quest across this untamed wilderness, they go far beyond the landscape we got to visit in 1988, to environments wildly diverse, from deserts to jungles to haunted castles. It really gave us an almost endless canvas on which to tell all kinds of stories, and we hope that beyond the places we visit this season, we are setting up the potential for an even larger world that expands to the north and to the south and includes kingdoms that Willow and the characters on our show arent even aware of.

One of the amazing things Jon Kasdan has done is tap into a vast treasure trove of amazing characters, amazing stories, and amazing mythology that lies within Willow." Said Executive producer Roopesh Parekh It takes something very special to be able to take on George Lucas characters and reimagine them for a whole new audience and a whole new world. Jon was able to bring a new version of this movie to life, and I think the reason he was able to do that so tremendously is, first and foremost, because he is a fan of the original movie. Plus, you can relate to the ensemble cast. Some people will be drawn to Kit and sort of the cheekiness that she has, and some people will be drawn to Graydons sensitivity or Boormans outlandishness, and it is great when you have got such a blend of characters and personalities, but they still have this common mission. They still must go on this quest and go on this journey. And through that, they will discover themselves, and they will discover a lot about each other. 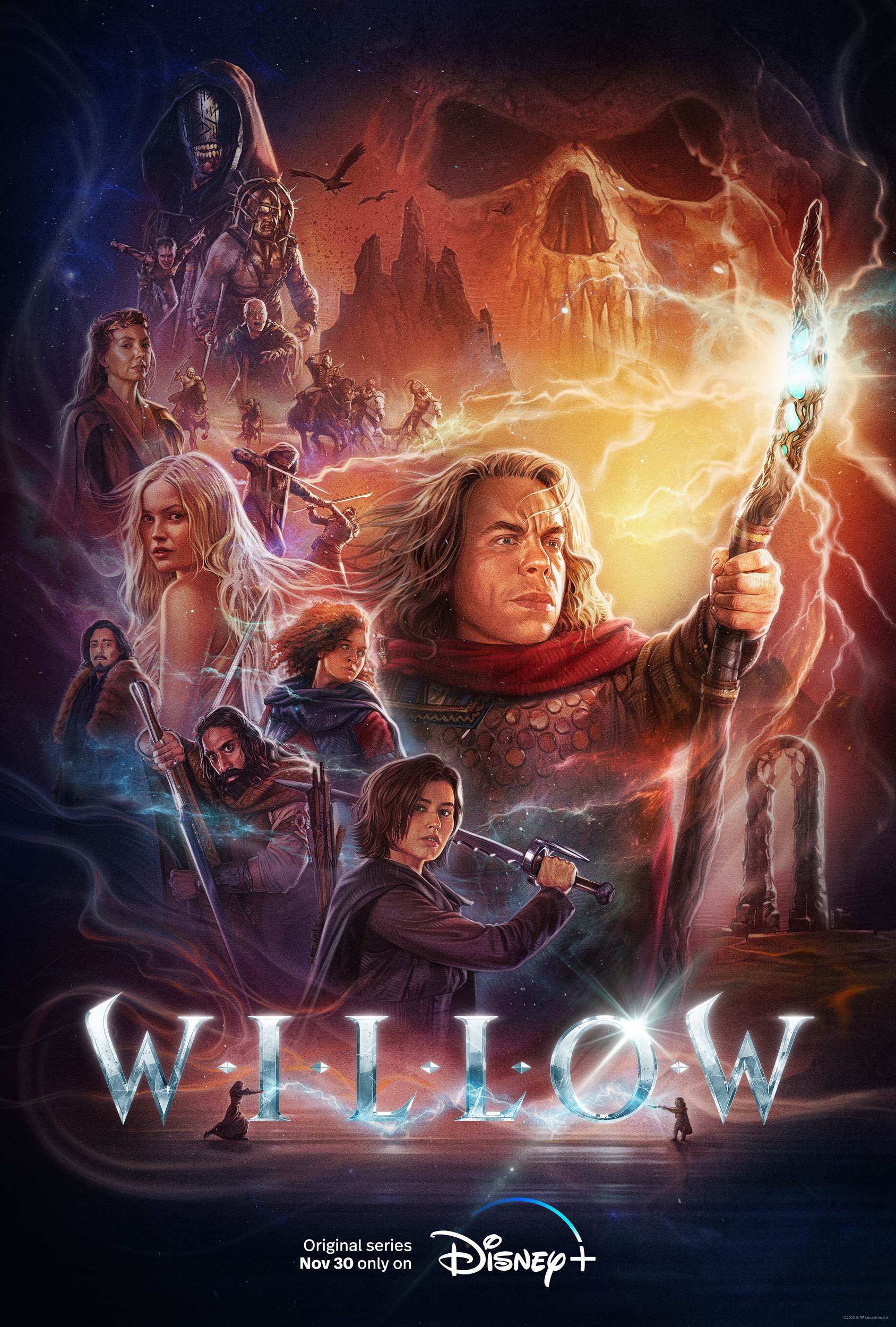 Willow: Behind The Magic To Debut On Disney+
Jon M. Chu To Direct Lucasfilm's "Willow" Series For Disney+