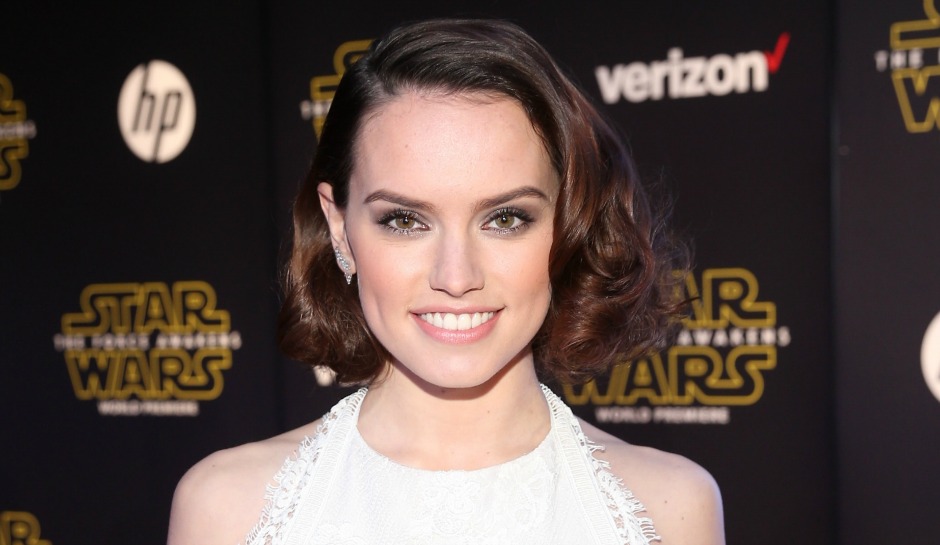 One of the many, many things J.J.Abrams has to accomplish with Episode IX: The Rise of Skywalker, besides bringing 40+ years of Star Wars to a satisfying conclusion, is what to do with its stars.

This is on top of the daunting responsibility of steering a production the size of which has rarely been seen. Truly, only a handful of people on planet earth could succeed at such a monumental task, and as such, are his thoughts even on the future?

To say there are a lot of threads pulled would be an understatement and part of this enormous tapestry involves the complicated task of closing one door, but potentially opening another. While bringing to a close the stories of legendary characters such as Luke Skywalker and Leia Organa, he also must leave the new cast with opportunities.

While still relatively young, Rey, Finn, Poe and Rose have many more years under their belt and more adventures ahead of them, First Order or not.

The star of this group, the bright light if you will, is Rey played exquisitely by Daisy Ridley. Ridley, an unknown back in 2015 when she was introduced to the world in The Force Awakens, is a bona fide star and certainly has more years ahead of her than behind. And with Disney and Lucasfilm not slowing down anytime soon, surely a character as popular and powerful as Rey cant simply disappearright?

Whether its in film, publishing, or the new Disney+ streaming service, the thought of no more Rey-centric stories seems improbable, unlikely, and absurd. Just visit any convention and the amount of Reys running around will give you a small inkling of that characters popularity.

Its an inherent trait in humans that when something is nearing its end, we start asking whats next, most times prematurely. This exact question is being asked of the young stars of Episode IX as they make their way through the press circuit leading up to its release.

Ridley, whos been front and center during this promotional run, recently sat down with Mark Daniell from The Toronto Sun to discuss such matters. And when the topic of whats next came up, she had this to say

I think it would have to be something so extraordinary. The stuff Ive been able to do on this film I just dont know how that would be topped. I dont think someone could come to me with a story and say, This is better than what you got to do in The Rise of Skywalker. It would be so shocking if they were able to do that.

John (Boyega) made a good point to me, though. If a new trilogy came out with a new trio, I would be very jealous. I would be like, You know what Disney, I will take your call. Lets talk. I want to be a part of this,

Realistically, I dont know. I think it will make more sense when the film is out. For me personally, its not often that you get to do something thats physically nuts and just so emotional And I just got to do so much in this one that I dont think anything could top it for this character.

I think its really wrapped up  the big questions that have been posed by Force Awakens and The Las Jedi, for sure are answered in this one  its a really beautiful ending. Star Wars has always been about hope and, Im stealing someone elses words, but (in this film) all these characters are in such dire straits. Still, youre comforted because, Its Star Wars, so itll be OK. I think in this one people are pushed beyond, Its going to be OK. Youre really thinking, Oh my God, is everything actually going to be OK? But theres such an emotional resolution at the conclusion to this film and to all nine. I really think its satisfying.

Historically, Ridley has shut down any notion that this is anything but the end for her in that galaxy far, far away. And while its not surprising that a working actor would never say never ever, it does seem this is the end for her. But like she said, when Disney calls, you pick up the phone.

Star Wars has many mediums however, and just because this might be her final bow on the big screen, doesnt mean she wont lend her voice to an animated project, or better yet, show up in a Disney+ series. Just from the standpoint of Rey, I can almost guarantee you the publishing side of Lucasfilm have plans for her. But that wont satisfy your Daisy Ridley craving, should you have one.

Daisy, and her portrayal of Rey, has been one of the highlights of the sequel era for me and I would definitely like to see more of her. Without having seen TROS, I can only hope her story comes to a satisfying conclusion while opening the door to new storytelling opportunities.