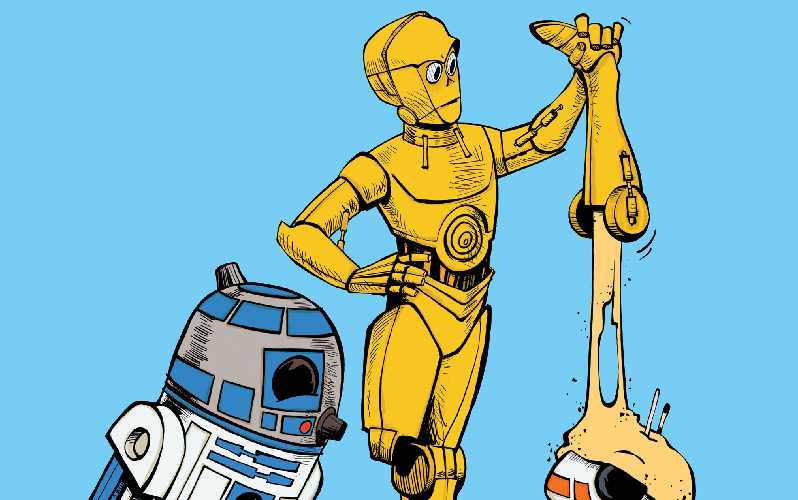 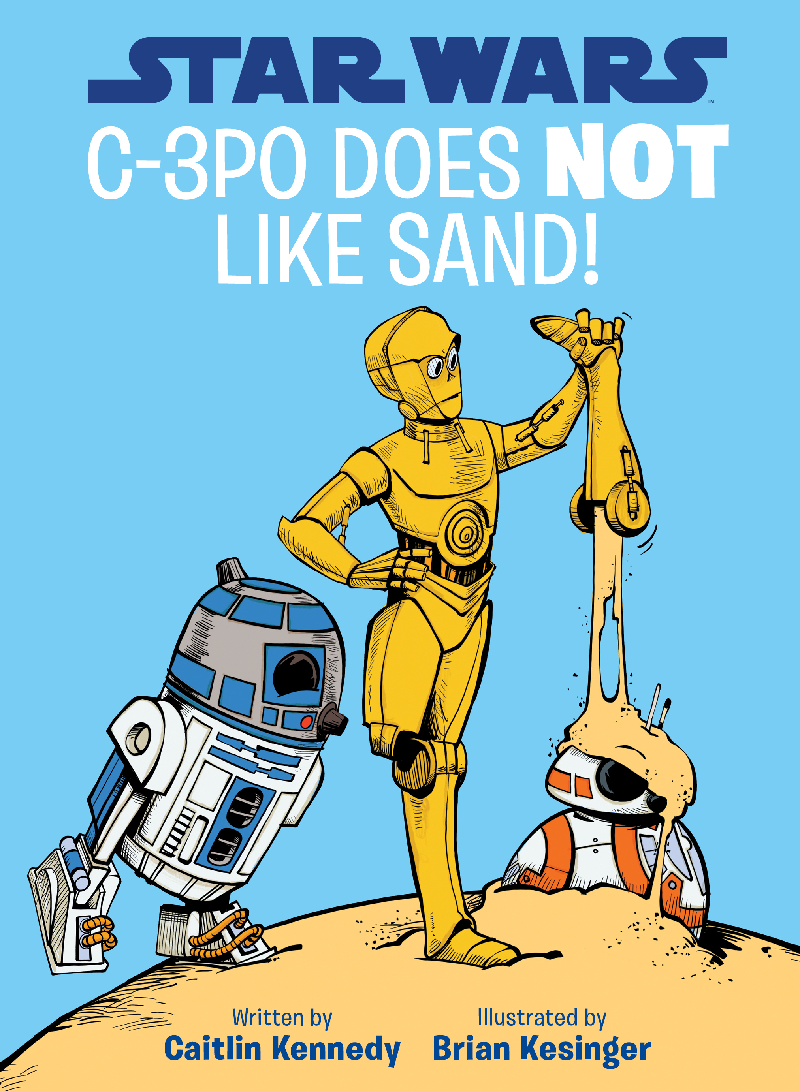 When Disney acquired Lucasfilm and the story group was formed, a new canon era had begun with a renewed interest in shoring up the Star Wars continuity. Out with the old and in with the new.

What that meant was nothing from that day forward would be discounted as far as how it all tied together. So, that means even the most seemingly innocuous Star Wars children's book would now be considered canon and would influence some aspect of the galaxy.

Of course, the ramifications ebb and flow and some have very little bearing on the overall narrative, but they count whether you like it or not. That fact, makes every new addition to the Star Wars publishing library salient, including this super fun new book, "Star Wars: C-3PO Does NOT Like Sand" by Disney Publishing. But how much stock you put into it is entirely up to you.

C-3PO, R2-D2 and BB-8 are on a special mission to the desert planet of Tatooine for the Resistance, but between befriending banthas and cheering on pod races, BB-8 and R2-D2 are having a hard time focusing. Whats a droid to do but have some fun in the sun? Its a good thing everyones favorite protocol droid is on hand to keep the mission on track. But one thing is for certain, C-3PO does not like sand! 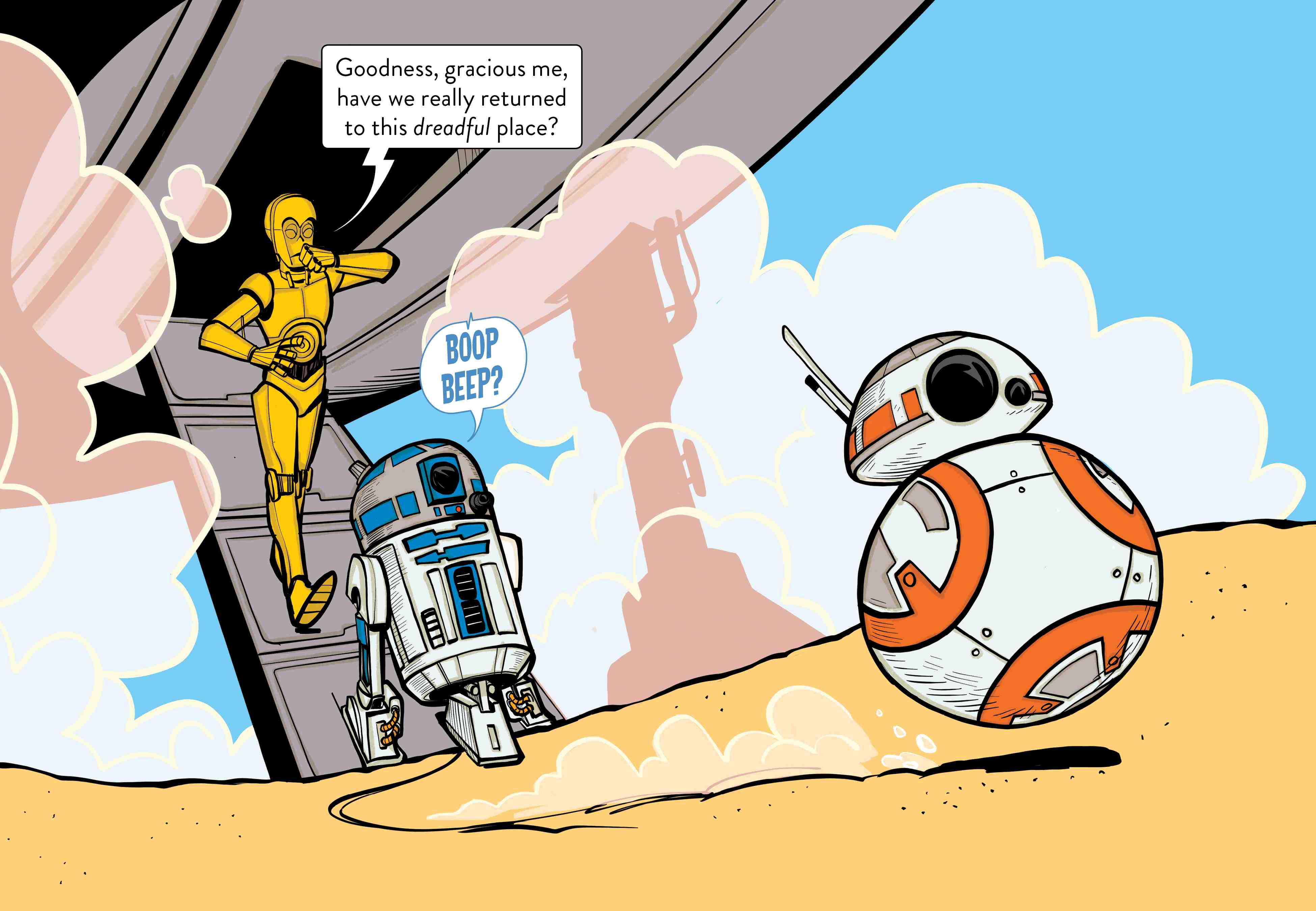 Set sometime between Episode VIII: The Last Jedi and Episode IX: The Rise of Skywalker, C-3PO, R2-D2, and BB-8 are dispatched to everyones favorite sandbox planet Tatooine. And in one of the funniest aspects of this book, we never actually learn what the purpose of this mission is, all we know is that they have to scan the planet for General Organa. They never mention what their "scanning" for, so it appears the journey trumps the destination here.

Whether the Resistance is short on resources (which they are) or they just needed a break from Threepios insistent data spewing, this is clearly not a high-value mission. Either way, its an odd choice to send youre only three droids away during dangerous times, but this short story is meant to be fun, not daring.

Regardless, the three of them take off in a U-55 orbital loadlifter headed for fun in the sun, or sand if you will. Once there, they encounter all the usual Tatooine beats including a pod-race, a ronto, jawas, Jabba the Hutt's palace (sort of), a bantha, and the old krayt dragon skeleton we all are very familiar with.

As you might have guessed, Threepio isnt fond of sand (much like his creator) and between that fact and the less than serious manner of his travel companions, its an unpleasant experience for the golden protocol droid. After a few near misses they leave the planet almost as quickly as they arrive, and just like that the book is done.

Is what theyre looking for or where theyre looking for it having anything to do with the events in Episode IX? I cant say definitively, but I would put the chances in and around the zero percentile. But I would also consider the fact that your missing the point if you're digging that deep.

A highlight for me was when BB-8, who is thrilled to be frolicking in the sand again, picks up a stick and pretends to be Rey, mentioning shes the one who saved him back on Jakku. Not only do we get a great namedrop but a little emotional beat as well, with BB-8 still very much enamored with his rescuer back on Jakku.

The art by Brian Kesinger is really great, applying an almost pliability to these normally rigid droids. They bend without breaking, their viewports can be misshapen, and they have more dexterity than we are accustomed to seeing. Threepio shrugs, crosses his arms, and even sweats, but thats kind of the point though right?

The whole premise is supposed to be fun and silly and Kesingers art paired up with Kennedys words is inspired to be sure. Is this a kids book? Yes. Does that mean an adult wont enjoy it? Not at all.

Fun is fun and Star Wars, if nothing else, should be fun.

Caitlin Kennedy lives in San Francisco with her husband, mere miles from the redwoods that inspired the forests of Endor. She has yet to see an Ewok.

Brian Kesinger is an Annie Award-winning story artist and illustrator. Hired at 18, he has worked for Walt Disney Animation for over 20 years. His work has been featured in over a dozen features, including Tarzan, Zootopia, and Frozen. His original paintings have been displayed in galleries around the world. 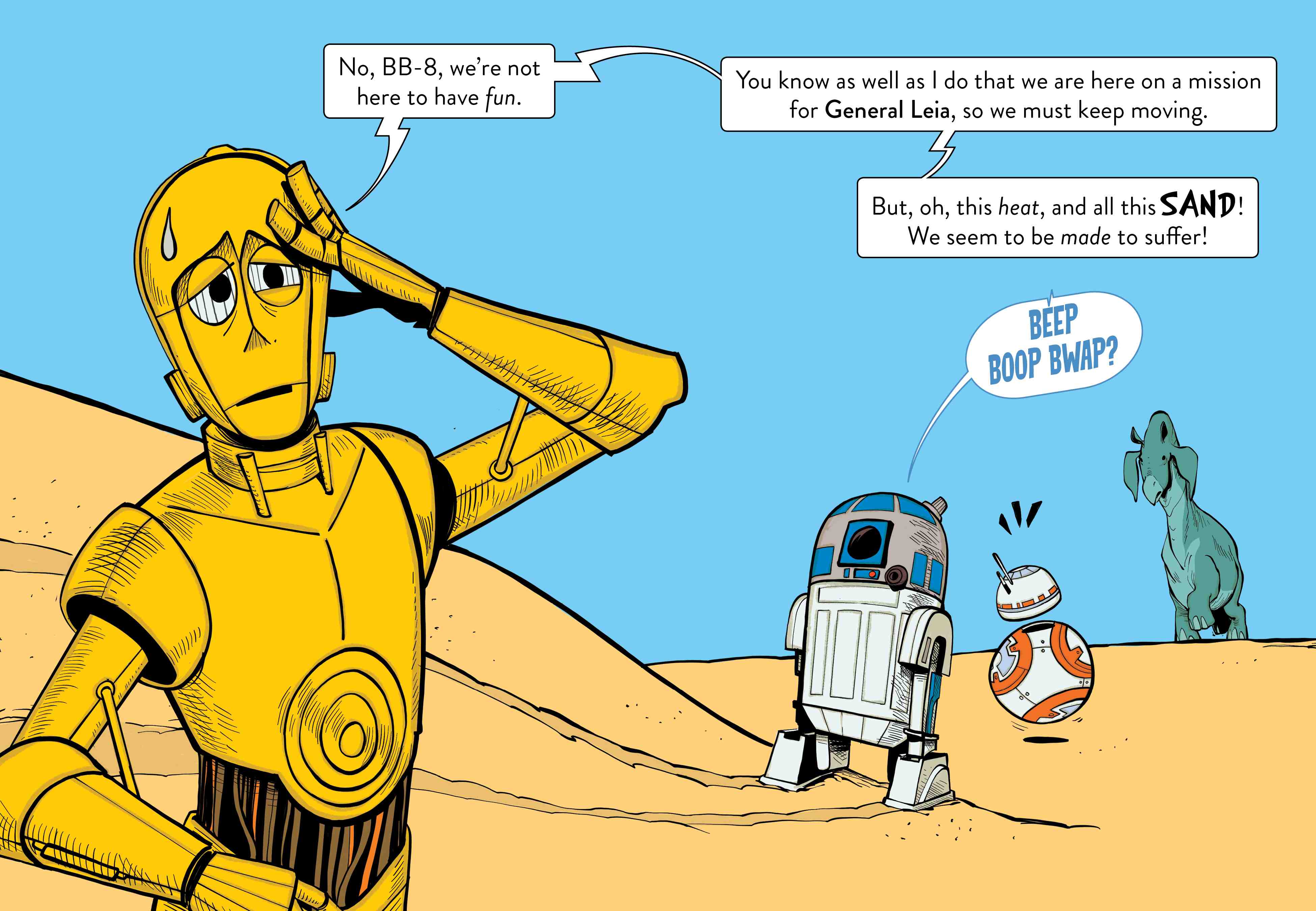 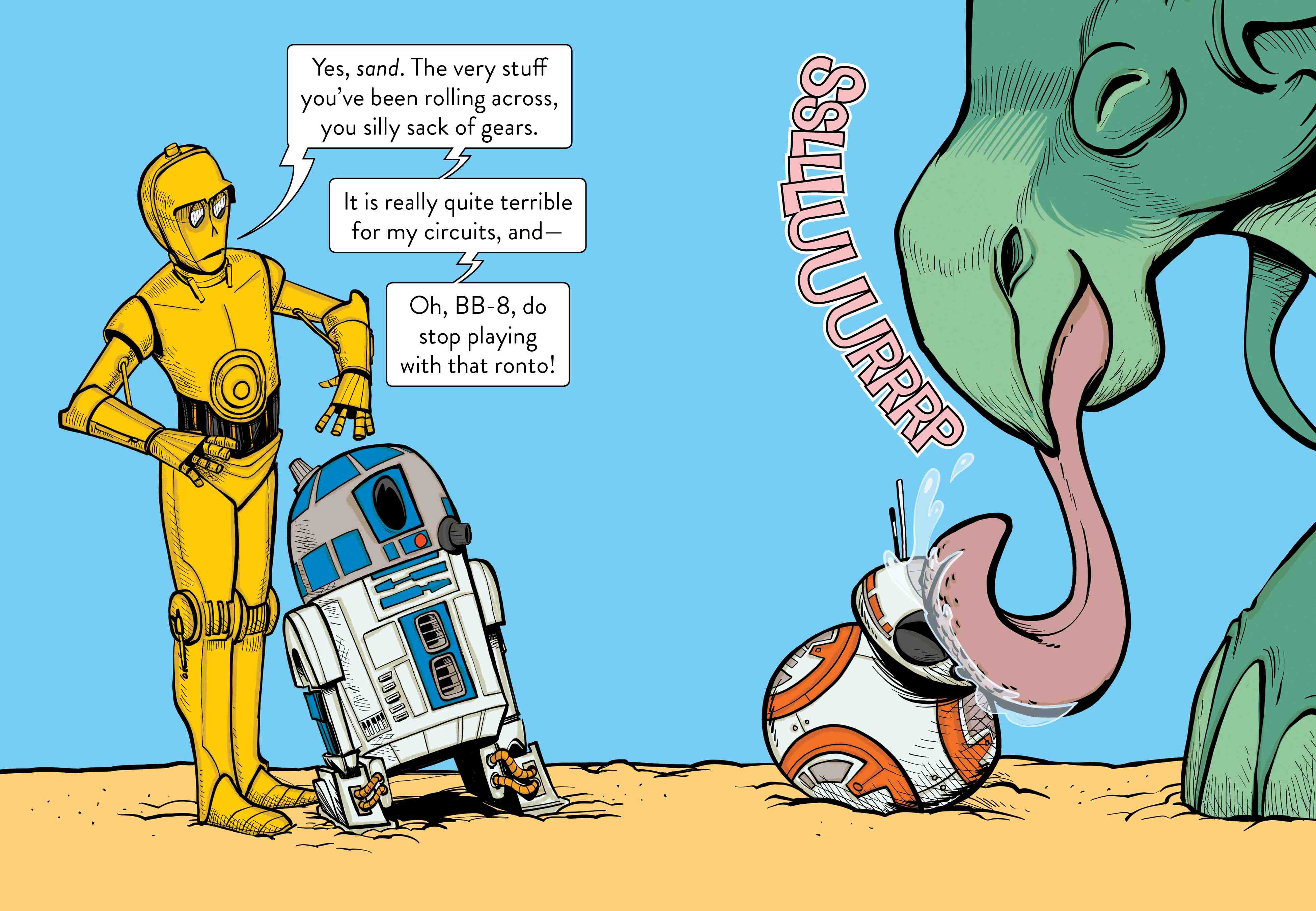