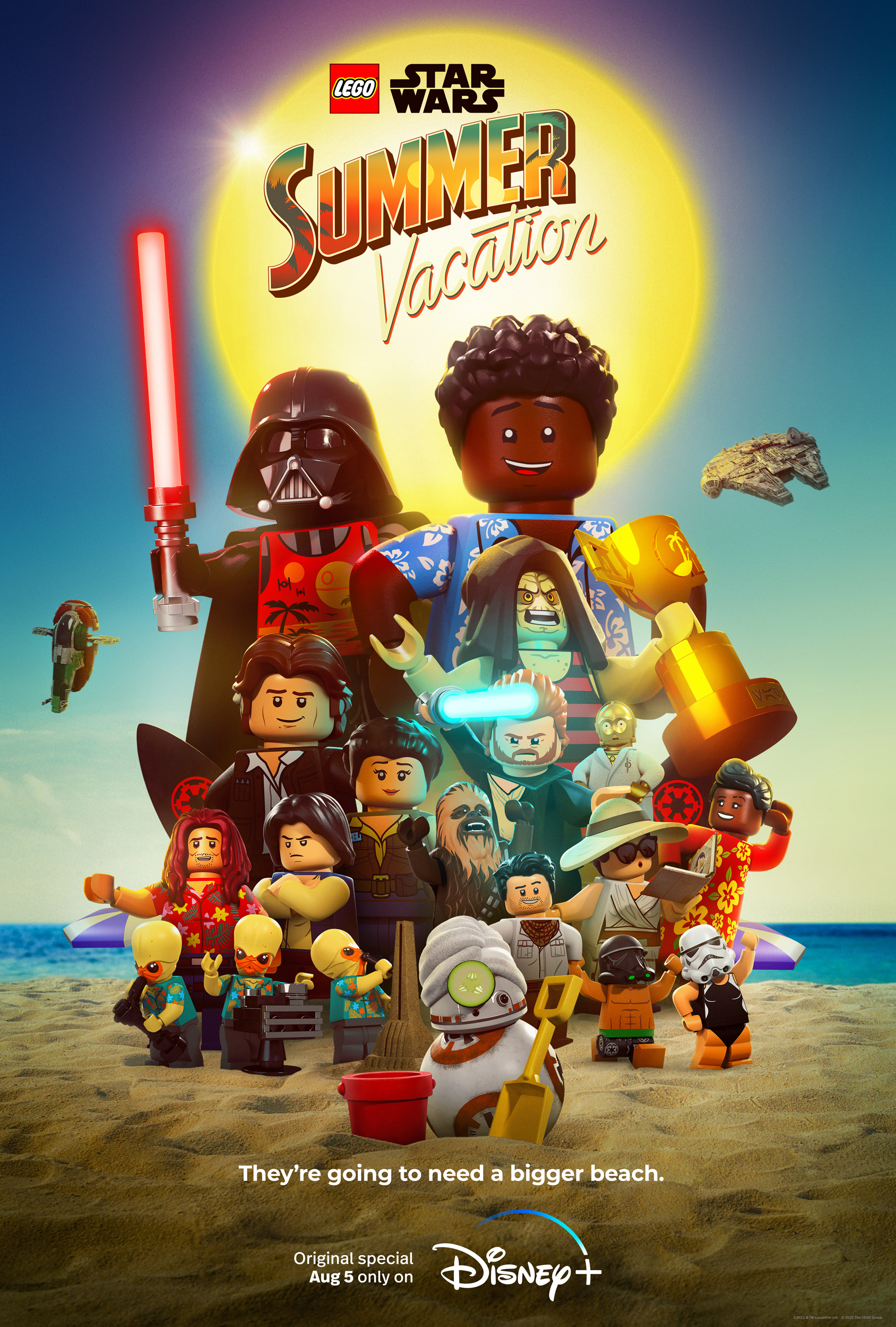 Summer just got hotter with the arrival of a new clip and the poster for LEGO® Star Wars Summer Vacation, the all-new animated special from Lucasfilm and the LEGO Group premiering August 5, 2022, exclusively on Disney+. The clip, which debuted yesterday at LEGOs San Diego Comic-Con panel, and the all-new poster, highlight the newest entry in the popular signature branded cross-saga storytelling series which is set shortly after the events of Star Wars: The Rise of Skywalker and features the voices of Weird Al Yankovic, Yvette Nicole Brown, Kelly Marie Tran, Anthony Daniels, Billy Dee Williams, and returning cast members from previous LEGO Star Wars specials.

ABOUT DISNEY+
Disney+ is the dedicated streaming home for movies and shows from Disney, Pixar, Marvel, Star Wars, and National Geographic, along with The Simpsons and much more. In select international markets, it also includes the new general entertainment content brand, Star. The flagship direct-to-consumer streaming service from The Walt Disney Company, Disney+ is part of the Disney Media & Entertainment Distribution segment. The service offers commercial-free streaming alongside an ever-growing collection of exclusive originals, including feature-length films, documentaries, live-action and animated series, and short-form content. With unprecedented access to Disneys long history of incredible film and television entertainment, Disney+ is also the exclusive streaming home for the newest releases from The Walt Disney Studios. Disney+ is available as a standalone streaming service or as part of The Disney Bundle that gives subscribers access to Disney+, Hulu, and ESPN+. For more, visit disneyplus.com, or find the Disney+ app on most mobile and connected TV devices.

ABOUT LUCASFILM LTD.
Lucasfilm Ltd., a wholly-owned subsidiary of The Walt Disney Company, is a global leader in film, television and digital entertainment. In addition to its feature film and series production, the company's offerings include cutting-edge visual effects and audio post-production, digital animation, immersive storytelling, and the management of the global merchandising activities for its entertainment properties including the legendary Star Wars and Indiana Jones franchises. Lucasfilm Ltd. is headquartered in northern California.

ABOUT THE LEGO GROUP
The LEGO Groups mission is to inspire and develop the builders of tomorrow through the power of play. The LEGO System in Play, with its foundation in LEGO bricks, allows children and fans to build and rebuild anything they can imagine. The LEGO Group was founded in Billund, Denmark in 1932 by Ole Kirk Kristiansen, its name derived from the two Danish words LEg GOdt, which mean Play Well. Today, the LEGO Group remains a family-owned company headquartered in Billund. However, its products are now sold in more than 130 countries worldwide. For more information: www.LEGO.com.