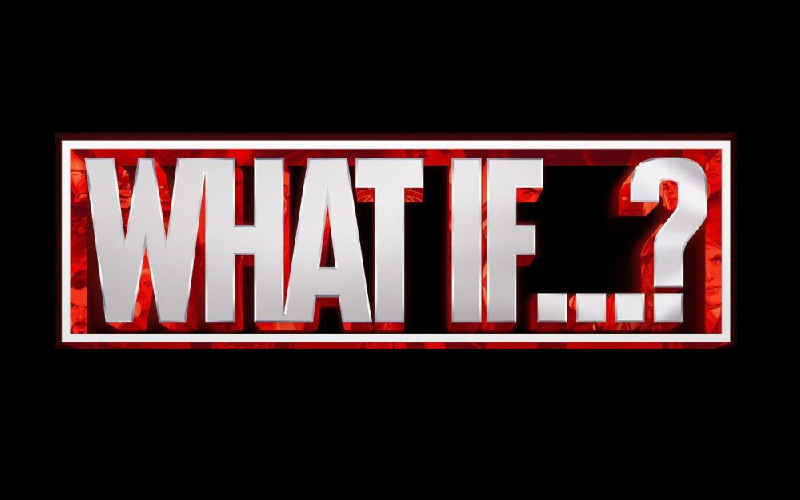 Is It Time For A Non-Canon Disney Plus Star Wars Show?

Okay, lets have some fun. Were going to play a game of what if

The recent coverage of The Mandalorian by EW (Entertainment Weekly), which has been excellent, got me thinking about a few crazy things. Okay, maybe more than a few, but one idea jumped out at me that I think could be a lot of fun.

So, if you'll indulge me.

Once again, two words have floated to the surface of the dianoga den, and those two words are Mara Jade. During this chorus of coverage for the first ever Star Wars live-action show, EW asked writer/producer/director Jon Favreau about the inclusion of certain expanded universe characters.

EW asked Favreau about whether his upcoming Disney Plus series could ever include characters like Grand Admiral Thrawn or Mara Jade. Setting aside the fact that Thrawn has already been canonized repeatedly, this raises a lot of interesting questions and opens a world of storytelling possibilities should The Lion King director choose to explore them. And it would appear from his answer, thats just the case

I dont want to talk about anything that might be fun for people to discover. We do have conversations. Part of whats fun to see if we could merge the worlds of the original trilogy, the prequels, the sequels, The Clones Wars, and whats been considered canon up to this point and whats been considered part of Legends. I think this show offers an opportunity to bring in all those elements so no matter what your flavor of Star Wars ice cream you like there will be something to enjoy. But youre asking the right questions.

Thats about as broad a stroke as you can brush from the now crafty veteran who has risen to the highest peak of Hollywood aristocracy since 2008s Iron Man. But, casting aside the wide-net approach and his clear talent for creating speculation, we know Favreau is a well-versed Star Wars fanatic and is undeniably credible when it comes to having a deep respect for the material. Bottom line is, when Jon Favreau speaks, you can believe it when he says there will be something for everyone to enjoy.

And with Dave Filoni at his side and a seemingly bottomless well of resources, connections, and potential talent pool, it would appear the mantra for the show is, if you build it, he will come And by he, I mean just about any character from the 40+ year history of this franchise is on the table, assuming theyre alive in this post ROTJ timeline.

But how much faith you put into seeing a character like Mara Jade show up on screen is entirely up to you, I personally wouldnt hold my breath. A character like her presents a host of complicated continuity problems which seems like an impossible work around at this point in the canon era. And last we saw Thrawn he was being whisked away by a large pod of beautiful Purrgils at the end of Star Wars Rebels, Ezra Bridger in tow.

We also know Filoni has called shotgun on the fates of these two characters (Thrawn/Bridger), and its likely too big of a narrative squeeze for a show like The Mandalorian, which already seems exposition heavy.

As new projects have come and gone, the popular Mara Jade always appears atop lists whenever fans are asked which EU character should be canonized next, and it makes sense. The allure of a character like Jade is plain to see as shes an incredibly dense, rich character with mass appeal to spare. But its her relationship with some of the franchises most iconic and well documented characters that poses a problem from a storytelling perspective. She simply just cant exist in this timeline as we know it, at least not in the way shes presented in the Legends catalogue anyways. 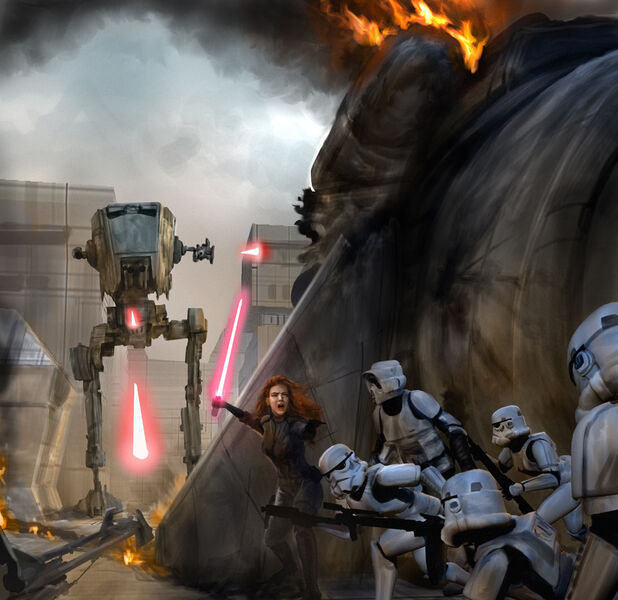 Is our desire to see her on screen so strong that we would accept an alternative version of the character, different from the one depicted in the Thrawn duology for example? She is a powerful presence in her own right, even if they had to sever her connection to Luke in the current continuity, she would still be a great protagonist, no matter what.

And while that could work, it does however change the character on a fundamental level, once you understand that her relationship with Luke Skywalker provided her with the experience and understanding needed to alter her fate.

But there are plenty of other characters, both Legends and Canon, which fans would love to see and would seamlessly fit into the shows narrative. The post-war state of Mandalore, who is the current Mandalor, and the fate of its people alone offer a boatload of possibilities. With Katee Sackhoff rumored to be playing a live version of Bo-Katan Kryze, a part she voiced in the animated series The Clone Wars and Star Wars Rebels, it seems to be an area they plan on exploring already. Katee has been coy about it when asked, but offered up this answer on Collider Live back in July

Disney makes you sign these NDAs that are so thicktheyve even gotten digital at this point. You just put your hand down and theyre like we own you, so I have no comment.

On top of that, we know that the show plans on presenting us the very early machinations of the First Order, perhaps showing us its rise to prominence. The point being, Im not certain at all we can expect someone as significant as Mara Jade show up, blurring the lines, when the show is already tackling hefty topics. Besides, there are so many other less complicated, but just as effective character options out there, why waste someone as central as Mara Jade in a series not her own?

So instead, what if Lucasfilm used the incredible gift of Disney Plus to provide the ultimate fan fantasy? How about they, just once, produced a non-canon series where all the rules of continuity were thrown out the window? Its not like it hasnt been done before, albeit in a much different medium.

Back in 1977, to break from the sometimes tediousness of continuity and offer the occasional respite from canon, Marvel Comics created the What If? line of books, an alternate reality that existed outside their mainstream universe. This series ran all the way to 2018 and just recently, Marvel announced a What If? TV series which will debut on what streaming service? You guessed it, Disney Plus.

The closest thing Star Wars has done to a What If line was the Dark Horse series Star Wars Infinities in the early 2000s. Those stories told non-canonical alternative versions of known events at the time from the Original Trilogy. The infinities moniker would expand beyond those to include other stories at the time that didnt adhere to the continuity, but the Dark Horse line was the most prominent. That is until Disney came along and they, along with Lucasfilm, wiped the board clean and made the entire Expanded Universe non-canon, or Legends

So, with Marvel doing it both in print and now on TV, and Star Wars having dipped their toe in with Infinities, perhaps now is the time to really think outside the box? Maybe now is the perfect time to give us a live action what if series with serious production value?

Imagine Disney/Lucasfilm giving someone like Taika Waititi complete freedom to create a Star Wars anthology series that didnt have to follow the rules of canon? Or bringing back jilted directors Phil Lord and Chris Miller for another round, this time without restraint? Perhaps you have someone else in mind, but imagine a writer or director with the creativity of say an Alex Garland or Denis Villeneuve being given the keys to the vault?

Imagine a live-action world where Mara Jade and Luke Skywalker get married and have kids, or where Jaina and Jacen Solo exist. A universe where the Jedi are nearly unbeatable, except by some strange species known as the Yuuzhan Vong? 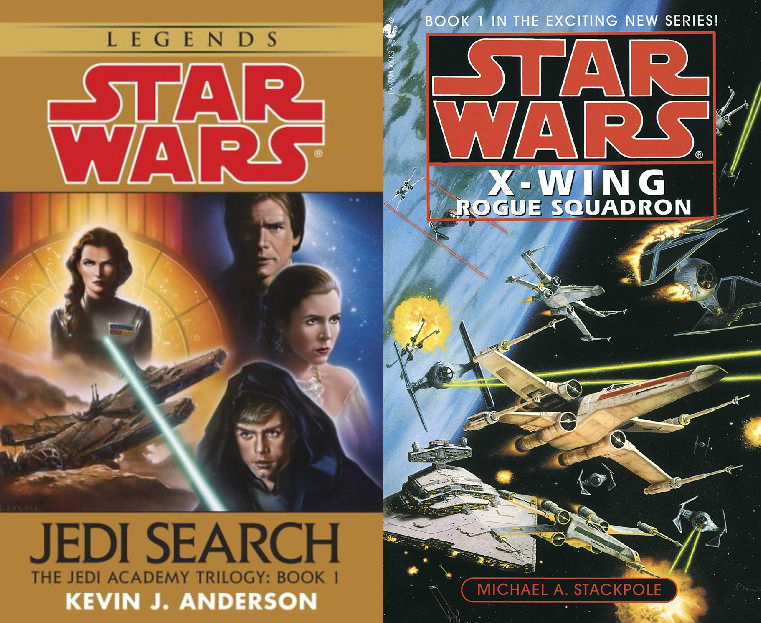 Or, better yet, imagine a series based on the popular Jedi Academy Trilogy by Kevin Anderson, or a top-gun style X-Wing series using the Michael Stackpole and Aaron Allston series as inspiration? And these are just the most mainstream and popular aspects of the Expanded Universe, beyond the Knights of the Old Republic anyways.

Just look at any EU Top 10 list and youll get a clear picture of the type of characters that could populate a what if series. Dash Rendar, Prince Xizor, Talon Karrde, Lumiya, Exar Kun, these are just a few of the names that appear most often, besides Jade of course. And it could also be an opportunity to bring back canon characters that have long since died or have had amazing stories set aside because of the Disney purchase. Just imagine what a live-action Maul: Lockdown series could be like? Whew!

For one season, a creator or team of creators, can play in the Star Wars sandbox like no one ever has, with technology so advanced, you get to make whatever is in your head a live-action reality. And if Marvel is doing it, then why cant we?

In a sense, The Mandalorian almost does feel like a what if type of show. With Favreau and Filoni steering the ship, two uber-creative executives who have a real sense of nostalgia, its almost as if anything is possible. If there are two people who are going to bring any expanded universe figures into the canon mainstream, its these two. But even with all that power, they have rules to follow, a what if show, would not.

A counter argument would be, given the fan divide these days; a series like this could cause more problems than its worth. Understanding there are folks out there who arent fans of Disney era Star Wars per se, airing a product of equal or greater value right alongside it, probably isnt prudent. Especially, if youre looking to bolster or even appease your fan base.

Either way, let's file this under pure speculative fiction and just ruminate on the idea of a Star Wars series where the rule book gets tossed out the window. I mean, with so much focus on whether something is canon or not, being a slave to continuity, maybe now is the time for a little non-canon fun? I'm sure the creatives at Lucasfilm, certainly the ones that have been there for some time and have a deep, deep love for the EU, could come up with a story line or two, however unlikely it may seem.

This may be the only way we ever get to see Mara Jade live on screen wielding a purple lightsaber.

So, what does everyone think? Should Lucasfilm follow Marvels lead and produce a Star Wars version of a What If? series for Disney Plus?