Dave Filoni Thanks Fans For Response To Ahsoka Tano's Return

Season one of Star Wars Rebels wrapped up Monday night and with it the shocking discovery that the mysterious figure the crew had been dealing with called "Fulcrum", was indeed none other than Ahsoka Tano, former padawan to Anakin Skywalker AKA Darth Vader. Fans immediately took to the internet to display their approval and Dave, being a fan himself, took notice.

The crew of Star Wars Rebels and I are blown away by your response to the finale. Thank you for all the kind words and support for the series, we all appreciate it.

Nothing could have prepared us for the outpouring of emotion and cheers when Ahsoka Tano appeared. As someone who has watched over her character from the beginning, I was overwhelmed by the reaction. Little Soka has come a long way, and I think many fans have grown up right alongside her. I look forward to your continuing journey with her, as she attempts to guide our Rebel heroes in these dark and dangerous times. Remember, the Force will be with you, always.

In case you missed it or do not watch Star Wars Rebels, here is the new version of Ahsoka Tano! 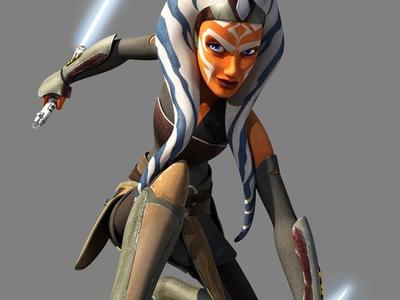