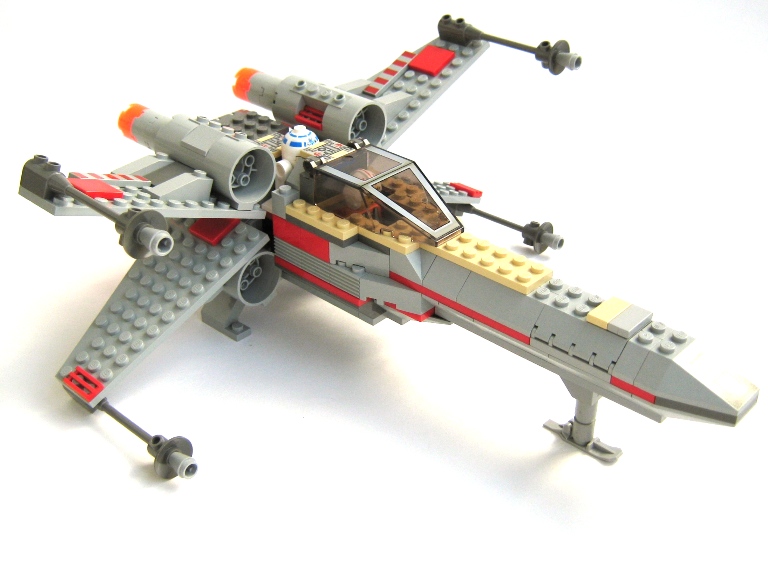 With 2019 looking more and more like the biggest year Star Wars has ever had as far as content and announcements are concerned, the already crowded field only gets more crowded. Star Wars  Episode IX, Disney+, The Mandalorian and the Galaxys Edge theme parks are understandably on the frontal lobes of every fan. But there are some other very important celebrations going on which are also worthy of our attention.

This year marks several important 20 year milestones including anniversaries for The Phantom Menace theatrical release, two decades of Star Wars Celebration and the release of the first book in The New Jedi Order series, The New Jedi Order: Vector Prime

But just as noteworthy, is one of the biggest partnerships in the franchises history is celebrating 20 years of collaboration this May. It was in 1999 when LEGO signed their license with Lucasfilm and released Model 7140, the X-Wing fighter, as their first set.

And while we dont have all the details just yet, the boys over at RebelsScum.com do have some info regarding what LEGO and Star Wars have planned for this special occasion. Starting with a look at the new commemorative logo, they share what theyve been hearing as far as possible sets we could expect to see

The second snippet of information - which should be regarded as rumour for the moment - is that there are a number of retrospective/commemorative sets in the pipeline. Back in October we shared a rumour list that proved to be pretty accurate, and now we are getting word that - in addition to two Resistance vehicles and new "action attack" shooter mini-playsets - there will be at least four commemorative LEGO Star Wars 1999 - 2019 sets based on the original 1999 line-up that was released in March and then in May when Episode I hit the big screen.

According to our well-placed source, one will be 75258 Anakin's Podracer - 20th Anniversary Edition (US$29.99, 279 pieces) and will include Anakin Skywalker, Padme Naberrie and a classic yellow "skinned" minifig. The rest of the sets (numbered 75259, 75261 and 75262) are believed to all include yellow-skinned characters of the original 1999 minifigs. And to add a touch of conjecture to the mix Rebelscum is predicting the other three will be from each of the other Star Wars movies of the era: A New Hope, The Empire Strikes Back and Return of the Jedi.

The collectors must be drooling at the possibilities!

For the whole story, head on over RebelScum.com for all the details.